Jo Anke Gallery: This is the house that art builds 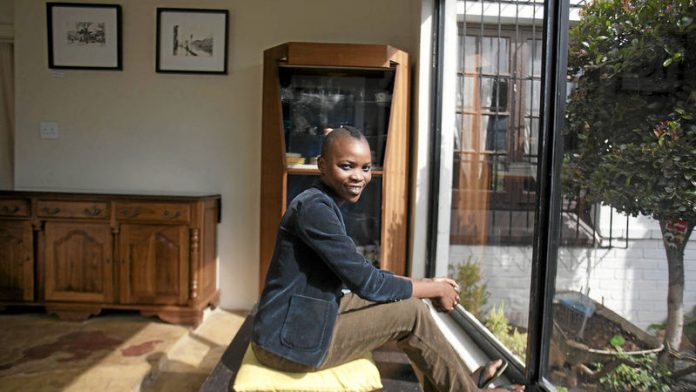 Hlengiwe Vilikati's belief that art can be a vehicle for cultural integration is so strong that she's converted her home into a gallery.

From the outside, the Jo Anke Gallery (named after Vilikati's parents) resembles any other Orange Grove house: slightly old-fashioned, unassuming compared with the homes in the neighbouring suburbs. But step inside and a visually sumptuous world awaits: where other homes have swings and slides on the lawn, Vilikati has geometric sculptures; inside, a back room has been carefully arranged to show would-be art collectors how they can best display their pieces.

This step away from the traditional gallery is deliberate: as gallery owner, Vilikati wishes not only to create exposure for her artists, but also to make art more accessible by educating audiences, and showing them how art can inform, entertain and evoke emotion.

The seriousness with which Vilikati (34) considers this responsibility is probably because her discovery of art came late in life: she was 20 years old when she attended an art fair in Paris and realised that art was a reflection of social dynamics and people's concerns, and the zeitgeist of a certain time.

"I realised that art is something that I am deeply passionate about. A marketer by trade, I realised that it's simply another form of communication, albeit less direct than advertising," she says.

Her growing fascination with the subject led her to apply for an internship with the Joburg Art Fair, to devour literature ferociously and to attend exhibitions so that she could educate herself. "My uncle called me an artist in the closet," she laughs.

The idea to open a gallery first struck her in 2008; she saw it as the best way to close the distance between herself and the art world completely.

"My goal was to establish a database of unknown artists and expose them to international audiences, while broadening my own understanding of what art collection is about."

An element of the social entrepreneur is central to the gallery; appropriate for someone who believes that art encapsulates the meaning of "you are because I am", and sees art as a key to understanding culture.

Vilikati initially considered a Rosebank address for her gallery, but decided the market was already saturated.

Careful consideration led her to the view that, because Johannesburg is a thriving city, and with South African art already capturing the imagination of audiences worldwide, a home gallery would enable her to create an incubator for fledgling artists.

Her plan is to work with them for up to five years, helping to manage administration and understand the dynamics of the market, until they are sufficiently mature to exhibit at the country's leading galleries.

It took a further five years before the idea of Jo Anke became a reality, with the gallery holding its first exhibition in September, and a second opened in March.

Vilikati focuses on artists who have yet to develop a profile; a second criterion is that their work must contain strong social commentary.

"Cultural interchange is important to me, perhaps because my own background is a blended one."

Vilikati's mother is Venda, her father Swazi, and her fiancé French.

The work must also show a progressive technique: the star of her latest exhibition, Panos Lazanas, takes photographs of famous landscapes on TV with his phone.

"A child looking at these works, knowing nothing about technology, would realise that his phone could become his office," Vilikati comments.

Above all, the works must be anything but banal: "I am not a fan of lazy thinkers!"

Vilikati would like to see the gallery becoming an integral part of a vibrant arts community. "I'd love to see galleries working together. This is a small industry, so we could benefit from partnerships."

The gallery owner and curator foresees artist exchanges and gallery tours, where small neighbourhood ventures like Jo Anke lure collectors away from the established centres, such as Braamfontein. She's particularly enthusiastic about the role Orange Grove could play in an initiative of this sort, with its rich history (having been called "home" by the likes of Mahatma Gandhi) and a rich blend of ethnic groups.

One of her aims is therefore to entrench the gallery in community-based activities.

In the meantime, she's pleased that she has her own role to play in the evolving art landscape. "South African art is changing. We're moving away from a portrayal of Africa as a sorry continent; our techniques and topics are becoming more progressive, and we're receiving a lot of interest from international collectors.

"Twenty years into our democracy, we now understand what it's about, and what it means for our freedom of expression and the ability to expose our cultures.

"We have more jobs and more education, so it's easier to acquire information and our minds are more open.

"That's why it's important to have spaces like Jo Anke – so long as our artists have platforms, they'll be able to express themselves."

It’s not cool for artists to be poor