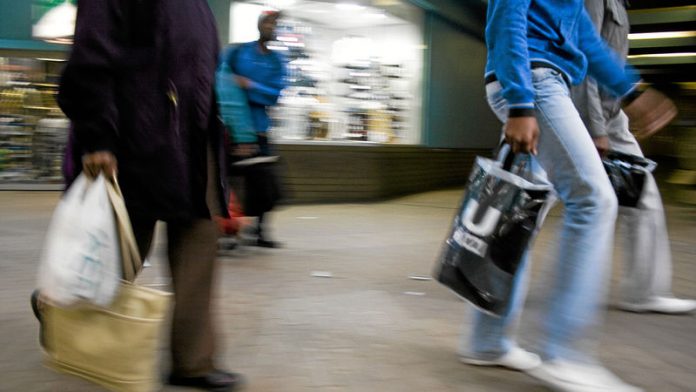 Statistics South Africa will release the country's latest retail sales report on Wednesday, the same day China releases growth figures. Analysts expect to see evidence of slowing in both sets of figures. Meanwhile, in Europe, investors will keep a nervous eye on developments in Ukraine. Here is your guide to the data releases, meetings and other events likely to drive markets in the week ahead.

Africa
Nigeria – Africa's largest economy – will report trade figures for the third quarter of 2013 on Tuesday and March's consumer inflation data on Thursday. Nigeria has experienced single digit inflation for the first time in five years over the past year, largely as a result of tight monetary policy and lower food prices.

Food currently accounts for 60% of Nigeria's consumer price index (CPI), a measure of the change in the average price of a fixed basket of goods and services. But Nigeria plans to reweight its inflation index by year's end to account for non-food prices more accurately.

The big release on South Africa's calendar is Wednesday's retail sales report. Retail sales rose 6.8% in January from a year earlier, soundly beating forecasts and posting their strongest performance in a year and a half. The surprisingly good news was largely the result of low base effects and retailer discounts, however, rather than strong underlying fundamentals.

Consumers in Africa's number two are under pressure from high debt levels, rising borrowing costs and high unemployment. As a result, economists are expecting sales growth to have slowed to around 5.5% in February and to remain relatively subdued over the coming months.

United States
America's trading week is shortened by the Good Friday holiday this week and Passover begins Monday night, so analysts expect trading volumes to be particularly thin over the coming days.

The week will begin with a report on last month's retail sales on Monday. Consensus is that consumer purchases – which account for around 70% of the US economy – rose 1.0%, an improvement on February's 0.3% rise.

On Wednesday, Fed chief Janet Yellen will address the Economic Club of New York, the US commerce department will release March's housing starts data and the Federal Reserve will report its monthly index of industrial production.

Analysts expect housing starts to have shown their first rise in four months, indicating that home construction has begun to stabilise. Consensus is that new construction sped to a seasonally adjusted annualised rate of just under a million units last month.

Industrial production probably rose 0.4% last month, down from a 0.6% rise in February. Manufacturing output likely also slowed, to a 0.5% monthly increase in March from 0.8% in February.

On Thursday, the Federal Reserve Bank of Philadelphia will release the results of its latest business outlook survey. The general business conditions index constructed from the survey is widely followed as forward-looking manufacturing sector indicator. Economists expect the index to rise further into positive territory in April.

Europe
Ministers from the European Union will gather on Monday for another round of talks on how to respond to Russia's recent invasion of Ukraine. The unstable situation escalated over the weekend as the Ukrainian government for the first time sent security forces to confront pro-Russian militants in the country's eastern region.

First up on the region's data calendar, officials in the eurozone will release the currency bloc's latest industrial production figures on Monday. Economists believe that output likely rose 0.2% on a monthly basis in February after falling 0.1% in January.

On Tuesday, eurozone trade, UK inflation and Germany's closely-followed ZEW survey will come into focus. Germany's ZEW institute surveys approximately 350-economists and analysts regarding Germany's economic future for the next six months. The indices produced from the survey results show the balance between those who are optimistic and those who are pessimistic.

On Wednesday, the eurozone's final March inflation figures will take centre stage. Analysts anticipate no change from preliminary estimates that the region's harmonised index of consumer prices rose by a disturbingly low 0.5% from a year earlier last month.

On Thursday, Russian President Vladimir Putin will hold his annual televised question and answer session. Markets will be watching to see what questions the Kremlin asks itself and then answers on the situation in Ukraine.

European markets will be closed on Friday in observance of the Good Friday holiday. No major economic releases are scheduled with the exception of Italy's February industrial orders report.

Asia
Singapore released first-quarter GDP figures on Monday. The report showed that the city-state's economy expanded by 5.1% from a year earlier during the January to March period, down from 5.5% growth in the fourth quarter of 2013. On a quarter-on-quarter seasonally adjusted annualised basis, the country's economy expanded by a mere 0.1%.

India will release consumer and wholesale inflation data on Tuesday. Despite taming efforts by India's central bank, economists are expecting an uptick in both price gauges. Opinion polls show that persistently high inflation is one of the principal reasons why India's ruling Congress party appears set to lose office in the country's current election.

Although most economists expect all three indicators to show improvement for March, they also expect gross domestic product (GDP) growth to have slowed to 7.3% during the first three months of 2014 from 7.7% growth in the fourth quarter of last year. China's official growth target for the year is 7.5%, but most analysts think growth is likely to be lower.