Education round here is not yet uhuru 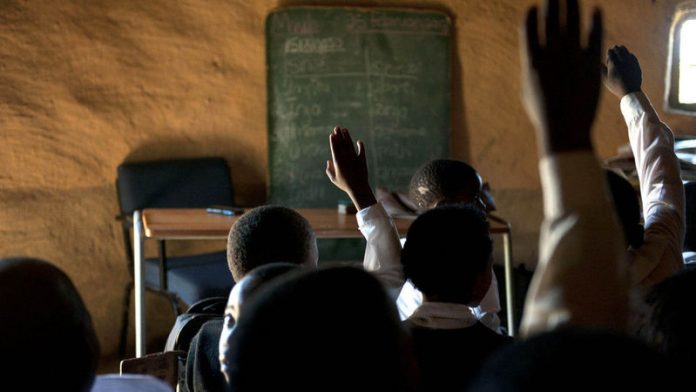 I first began to understand the notion of freedom when my parents decided to move to the suburbs in 1994. Moving to the suburbs meant our freedom of movement was finally realised and my parents' aspirations could be actualised: we had arrived.

Freedom was an event, and my family and I decided to mark the event with all the rituals that come with moving to the suburbs: trying to make friends with white neighbours, going to a school that had started integration in the 1990s and learning to speak better English.

But, like all ideals, our freedom began to crack and life in the suburbs was not what we had hoped it would be.

We moved from house to house, suburb to suburb because of evictions. The freedom of movement became a curse because there was no security in our movements.

As a teenager, I became sceptical of freedom and meditated over Letta Mbulu's song, Not Yet Uhuru.

A journey
The only way I could rescue myself from the disappointment of freedom was to think of freedom as a journey. And central to this journey was education.

A school in the suburbs shielded me from other realities in schools that were still mired in the worst of apartheid's legacy.

The apartheid legacy at my school meant access to resources and scholarships to keep me from dropping out of school, but I soon learned that this was not the case for students in schools in the township of Mdanstane.

The choice of former white school as the place that would give me opportunities has always puzzled me.

I see that my parents wanted a better education for me and better meant a model C former white school: an acknowledgment of the complexities of freedom in the new South Africa.

Instead of gambling with education reform that needed to take place in township schools, they opted for a different kind of a challenge – sending me to a school that had been the bastion of white privilege (and one could argue, still are symbols of white privilege).

My right to an education was never compromised in those years. When teacher strikes happened, it was business as usual at my school.

I don't know what it means to share a textbook with four other students.

I don't know what it means to use a pit latrine while at school.

This year, 2014, is my third year as a teacher, and I've been thinking about education on the 20th year after the foundation of our democracy.

My decision to teach was influenced by experiences during my third year at university, where I came face to face with the reality of the inequalities in the education system.

Illiterate
While volunteering at a reading club at a high school in Joza township in Grahamstown, I met grade nine pupils who couldn't read and write.

The faceless statistics that were written about in research reports and making headlines had faces and names; students who had another story to tell about what the new South Africa had given them: disappointment.

The promise of an education that would create opportunities was not fulfilled for many of the students I worked with. Some eventually dropped out of school.

When I look at the education system in South Africa, I realise that the years of freedom have meant grappling with a different kind of struggle, one that is more sinister and often more difficult to articulate than the previous struggle, because of the contradictions we see in the polarised nature of the system: schools for the rich and schools for the poor.

It's difficult to talk about education and freedom in one breath, because any gains made since 1994 are blurred by the current reality, where the freedom to teach and learn is being compromised in provinces such as the Eastern Cape and Limpopo.

When I hear the stories of schools and students performing beyond expectation under difficult conditions in rural areas and townships, I can only think of them as "success stories" in the context of the glaring struggle that we will face in education in the next 20 years of freedom.