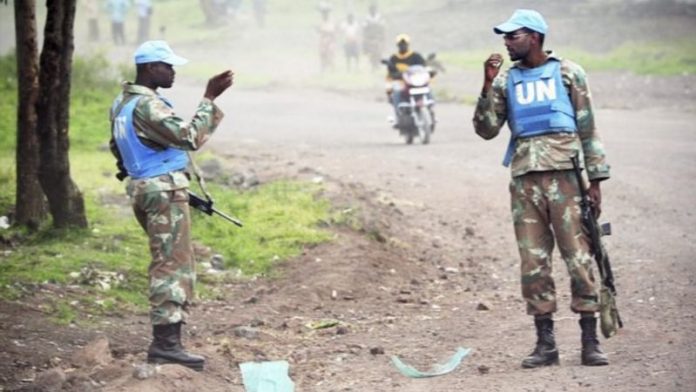 Three South African soldiers have been injured in an attack by rebel group Mai-Mai Janvier, one of the six Mai-Mai rebel groups operating in the Democratic Republic of Congo’s eastern North Kivu province.

The South African National Defence Force (SANDF) confirmed on Thursday that the three are being treated in a hospital in North Kivu’s capital, Goma. Though the SANDF did not say which rebel group attacked the South Africans, the Mail & Guardian can confirm that it’s the Mai-Mai group led by militia leader, General Janvier Karairi.

The confrontation with Karairi’s 4 500-strong rebel group took place in the early hours of Wednesday morning, according to the SANDF statement.  “One member was seriously wounded and is currently in a Level 3 hospital in Goma,” said SA Navy Captain Jaco Theunissen, who released the statement to the media. “Two other members sustained minor injuries and are being treated at the same hospital in Goma.”

While Theunissen said details of the attack were still unclear, an M&G source in the SANDF in Goma said the clash took place in a remote bush area in a village called Nyabiondo.    “Our soldiers (SANDF) are there but the current information is that the FARDC [a French acronym for the official Armed Forces of the Democratic Republic of Congo] were affected by injury and death,” said the source.

SANDF soldiers are part of the United Nations Force Intervention Brigade (FIB), put together by SADC countries including Tanzania and Malawi, to flush out rebel groups terrorising civilians in the eastern DRC.

Monusco – the United Nations Organization Stabilization Mission in the Democratic Republic of the Congo – also launched a counter attack with a reaction force supported by attack helicopters, Theunissen said.  “The outcome thereof is awaited.”

Continuous violence
Mai-Mai rebels are not unified under any political or racial affiliation, but they mostly target civilians and UN peacekeeping forces. They believe they can dodge bullets if they sprinkle themselves with sacred water before battle and wear water bottles around their necks.

The Mai-Mai groups are known for their aversion to Kinyarwanda speaking Congolese citizens as they believe Rwanda is among countries that want to invade and control the DRC.

Eastern DRC has been plagued by violence since 1997 when rebels backed by Rwanda and Uganda deposed dictator Mobutu Sese Seko. The resulting conflict killed millions and forced hundreds of thousands to seek refuge in neighboring countries.

Now DRC President Joseph Kabila’s government together with the UN is on a mission to defeat all insurgents in the country. The government forces experienced their most significant victory in November last year when they defeated M23, with the help of the FIB. M23 has now agreed to end hostilities and engage in peace-talks with Kabila’s government.