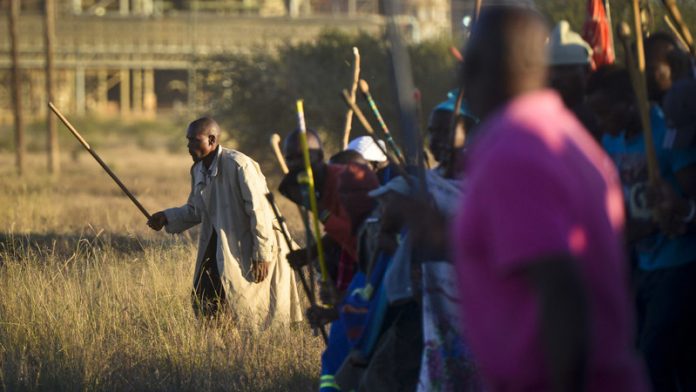 The decision by a judge to persuade labour and platinum mining companies to enter into mediation headed by herself to try to resolve a 17-week strike is “highly unusual”, according to a labour court expert.

Not least because Labour Court judge Hilary Rabkin-Naicker had been scheduled on Tuesday to hear an urgent application by the Association of Mineworkers and Construction Union (Amcu) to interdict the platinum companies from communicating their pay offers directly to employees though SMSes and telephone campaigns.

Meanwhile, the companies and Amcu have undertaken not to make any public comments or continue the campaign to communicate directly with striking workers during the Labour Court mediation process.

A senior mining employee said the decision by Rabkin-Naicker came “totally off left field” as the two parties were expected to battle it out.

Judges have in the past recommended that opposing parties attempt mediation before asking the court to rule on the matter, calling on the Commission for Conciliation, Mediation and Arbitration (CCMA) to hear the matter. It is unusual for a Labour Court judge to oversee the mediation.

In this case, Amcu and affected mining companies Anglo American Platinum (Amplats), Impala Platinum (Implats) and Lonmin have already gone the mediation route at the CCMA, without moving any closer to a resolution.

Bigger issue
It has been three weeks since the last meeting and, according to Lonmin representatives at a press conference on Monday, no further meeting had been scheduled between labour and the companies.

The judge on Tuesday held talks behind closed doors with legal teams representing both sides. It is alleged that she asked both parties to consider the bigger issue of the strike first, rather than the lesser issue around whether companies Amplats, Implats and Lonmin had a right to communicate directly with staff around the wage dispute.

According to a source involved in the negotiations, should no agreement be reached, the matter is expected to go back to square one, which means the court will then hear the urgent interdict around communication by companies with unionised striking employees.

It is not clear if Rabkin-Naicker would then hear that matter, having mediated in this process.

On Monday Lonmin dismissed 235 essential services workers, the company said, as the workers ignored a court order to return to work by May 12.

Under Lonmin’s recognition agreement with Amcu, employees engaged in essential services may not participate in any strike.