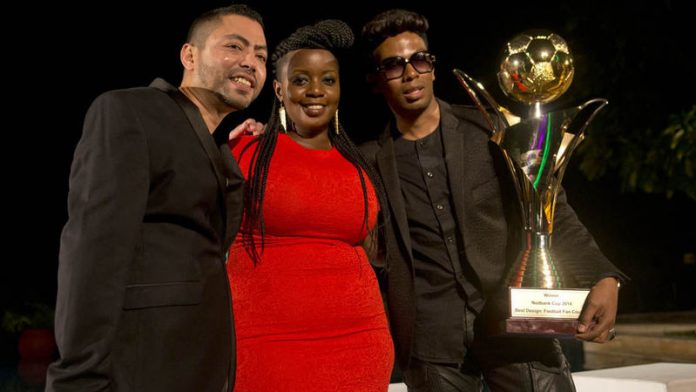 Three of South Africa’s top fashion designers – David Tlale and Anisa Mpungwe of Loincloth and Ashes, and Craig Jacobs of Fundudzi – set about creating football fan couture a few months ago for the superfans of Kaizer Chiefs, Orlando Pirates and Mamelodi Sundowns.

Tlale was teamed up with Kaizer Chiefs superfan and inventor of the makarapa headgear Alfred Baloyi. Pirates superfan Eugene Khoza worked with Jacobs and Mpungwe, who has won international accolades for her bold but feminine design aesthetic, worked with Sundowns’s Lizzy Matseke.

The final designs, essentially fan gear elevated to the level of collectible design, were revealed at the Nedbank Cup final held in Durban over the weekend.

Nedbank Group senior communications manager Nkosinathi Msiza says the raw creative talent visible in the grandstands every week inspired the initiative. “We know South African soccer fanatics go all out for their teams on match days, especially in the way they dress up, [with] the colourful costumes they create with minimal means.

(All photographs by Oupa Nkosi)

“We thought this year would be an opportune time for us to embrace this creativity, and help take it to the next level. Our superfans are actually fashion designers in the making.”

Msiza adds that “by putting them together with superstars like David Tlale, they’ll quickly pick up new skills that will empower them to make things happen for themselves”.