Pupils who ‘stood up for their rights’ 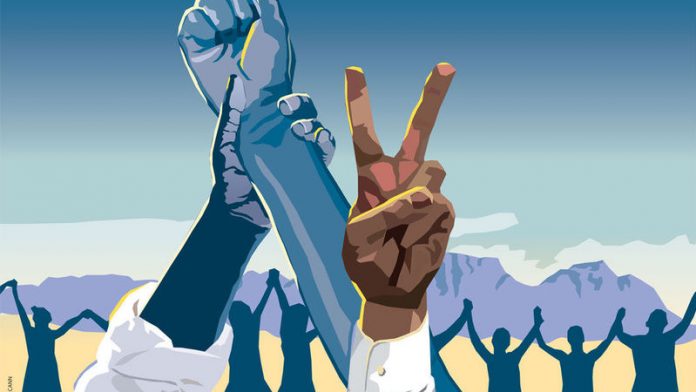 These are questions that had been going through our heads for several weeks recently during the many free periods at our school, Sizimisele Technical High in Khayelitsha. We had not seen a teacher for our technical subjects for weeks. At first it was great to feel as though we were on holiday at school – but soon it started to feel as though something was terribly wrong. June exams were approaching and, with so many weeks of work lost, how were we going to pass?

Finally, one day last month a few hundred of us went to town to the Western Cape education department. There, we were promised that things would be sorted out by the following week, meaning that we would have all our teachers back and classes would resume. However, when we went to school, there was nothing: our teachers were not there and the day was a waste, as usual.

So we called a meeting with the Representative Council of Learners (RCL), the Congress of South African Students (Cosas) and social movement Equal Education, to think up a way forward. At this meeting we resolved to go to town the day after, Tuesday May 6, and protest at the Western Cape legislature if there was still no change the following day.

We had agreed that our demands would be that:

• The Western Cape education department must provide our school with teachers and that their immediate task be to start with an urgent catch-up plan for our June exams;

• Our grade 12 pupils be provided with maths literacy textbooks;

• The teachers hired be paid so that they do not leave the school; and

• We be given our progress reports for this year.

On Tuesday morning when we woke up the sun was out, and we thought maybe it would be the day the department would bring teachers back to the school and we would call off the protest action. Maybe they would take us seriously. Maybe we had a chance at passing our June exams. Maybe, just maybe, today we would not feel as though no one cares about our education.

But the teachers did not arrive and so we mobilised pupils to go to town and picket at the legislature.

Welcomed by police
We never made it to the Western Cape legislature that day, though. We left school with a crowd of about 250 pupils and only made it as far as the station in Cape Town, where we were welcomed by police with vans and shields. We took a train back to Woodstock where the police followed us and met us with reinforcements.

What was meant to be a peaceful protest in town quickly turned into what looked like a scene from the 1976 youth uprising.

The police didn’t care that we were protesting for a just cause or we were peaceful: they pushed and bullied us and told us we could not go to town because we would be disrupting business there. What is the role of the state and the police, really? To protect business interests above the aspirations of young black township children? Is that how things should be? We were also aware that this was on the eve of elections and felt that again the interests of those in power were placed above ours.

Many of us became agitated, losing hope that our problems would ever be addressed. We were angry that we were being treated like criminals, and also nervous that, given how police now sometimes react to protests, we may not make it home alive: we remembered the Marikana video we had watched two weeks before.

Camaraderie
The only thing that kept us going and steadfast in our resolve was the camaraderie we had forged among ourselves as pupils. That day there were pupils who had teachers by virtue of the subjects they were doing, but they came to protest anyway. We had members of Equal Education, Cosas and the RCL at the forefront.

At the back of our minds we knew that what we were doing was not wrong: we were standing up for a right enshrined in the Constitution – the right to education.

We have since won our demands. We now have teachers, we have a reorganised timetable and soon we will be starting with a catch-up plan. Our teachers will be paid for the months they worked without salaries and sign new contracts of work. We are sure that we will get our progress reports soon and have been told textbooks would be sorted out soon.

But we will never forget the looks on the faces of the police who thought it was perfectly fine to push and kick students.

Nothing to show
The Western Cape department took their time to get back to us because its members do not know what it is like for our parents to send children to school but every day we have nothing to show for our time in class. They will never know what it’s like to be the hope of your family for a better education and a better future and have that compromised.

They will never know!

One thing we are certain of is that our rights were violated: we know that the state, in the form of police, often uses repression to silence protest and dissent. However, there is a better story to tell and that is one of young people who have united for a common cause and triumphed: we managed to do that.