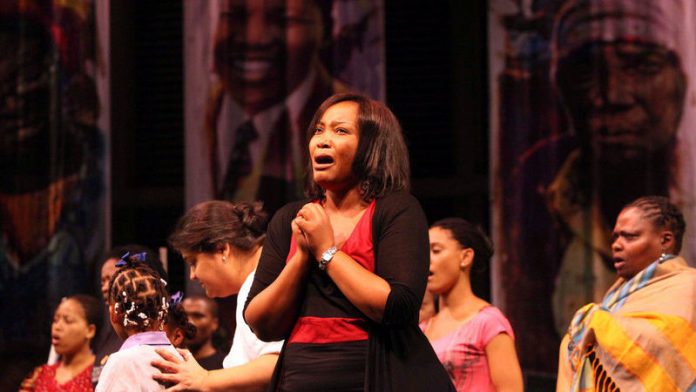 Hilary Prendini Toffoli’s article on the funding of opera (“Aria troupe defies area bankrollers“) invites a response, in particular her reference to the “bitter irony” of protests from local private donors against fundraising overseas tours, which are essential because local private funding (plus the state’s pitiful 5%) is insufficient.

She writes: “Thanks to the government’s refusal to increase funding for the arts, with the support of the National Lottery, a dubious on-off business, the CTO [Cape Town Opera] receives less than 5% of its total annual budget from national sources.”

Apartheid deprived the world of much South African talent. But another key factor, since the end of apartheid, was the real and understandable initial lack of interest in European culture, in particular opera, ballet and “classical” music, among black people.

The old performing arts councils were dismantled and government subsidies for the arts were suspended in June 2000, on the recommendation of the then arts minister Ben Ngubane. He said “Eurocentric art forms” had to go and, because this was not happening fast enough, they had to be destroyed absolutely by terminating all funding.

This, too, is a bitter irony. The baby was thrown out with the bath water. It entailed the complete dismantling of existing, hard-fought-for educational and administrative structures – and at a time when the racial transformation of these structures had made significant progress over several years. For example, the Pretoria State Theatre Dance Company had been training young dancers of all races since 1989, and by 1994 the first black dancers were ready to become full performing members of Pact Ballet.

This was one direct and positive outcome of the 1988 nonracial Stellenbosch Beraad, set up to discuss matters of cultural interest to all South Africans. It also led to the emergence of the National Arts Initiative (NAI), which vociferously sought the dismantling of the arts councils. This became the “battle cry” of the day, as expressed during the NAI plenary session at the University of the Witwatersrand in December 1992, followed by a meeting in Durban a year later. Not everyone was in favour of the dismantling, so it took seven years of “lobbying” to achieve this goal.

After 2000, many established and emerging South African performing artists of all races, including opera singers, ballet dancers and musicians, had no choice but to emigrate – not because of apartheid, but because of policies that were against European culture. Now everything has to be built up again from scratch.

Let us hope, though, that all those talented South African opera singers and other artists will continue to be able to perform in South Africa as well as travel and be worldwide ambassadors for the cultural achievements of the rainbow nation. – Jeanne McCaul, Lauzerte, France

Will EFF take us to the promised land?
Andile Mngxitama’s lucid open letter to Richard Branson (“You’re buying stolen land, Mr Branson“) brings to mind a remark reportedly made by Desmond Tutu at the time of the Truth and Reconciliation Commission. On the land question, he simply asked: “How far back must we go?”

History shows that where and when large tracts of land have ended up in private or tribal hands, the original transaction was in most cases a land grab based on violence or force. The history of Europe’s aristocracies provides countless examples; the behaviour of the English in Ireland, North America, Tasmania, India and elsewhere provides other, more recent ones.

Land dispossession, slavery and genocide did not arrive in Africa only when European explorers blundered on to these shores in the 15th century, or indeed in 1652: they are as much a part of African history as that of Europe. The Khoi and San people of whom Mngxitama writes were already losing access to land long before European colonists arrived in Africa – when hunters meet pastoralists a clash of interests is inevitable. They suffered discrimination and dispossession at the hands of fellow Africans, and the process continues in Botswana to this day.

Even though many African peoples evolved a much more rational method of land allocation than most of Europe did, if we go back far enough we will find the same ruthlessness at root here as anywhere else, and so Tutu’s question becomes very pertinent.

Instead of compounding the evil with another bout of land-grabbing, it surely makes sense to figure out a more rational and ethical way of dealing with the situation. We will not gain much if, after land has been reallocated to claimants, the new owners are then faced with claims dating even further back than their own. On what rational grounds can such claims be dismissed?

It is nevertheless promising that the Economic Freedom Fighters are raising this issue, and hopefully will do so also in Parliament. It must be faced honestly, creatively, compassionately – and urgently. It simply will not do to let the rich buy up vast tracts of the country, or to allow new owners of the land to make themselves rich by virtue of that ownership: the racial allocation may change, but the fundamental inequality and injustice will remain. – John Brodrick, Johannesburg

– Please explain to me why, for the love of God, you are still publishing what Mngxitama writes? How do you even expect to remain credible if you print this kind of drivel?

To suggest that Branson is engaging in an illegal activity is just bizarre – not to mention slanderous. Just who the hell does Mngxitama think he is to make this kind of claim, in an authoritarian tone, with absolutely no agreement from the judiciary, the government or 90% of the public? The man’s sheer hubris is simply astounding.

Not only does this kind of nonsense scare investors away, it also deepens the racial divide. I would not deny Mngxitama his freedom of speech, but I think that giving him a platform is irresponsible and tasteless – in fact, a disservice to South Africa. – Doris Smith

The arts sector is economic gold