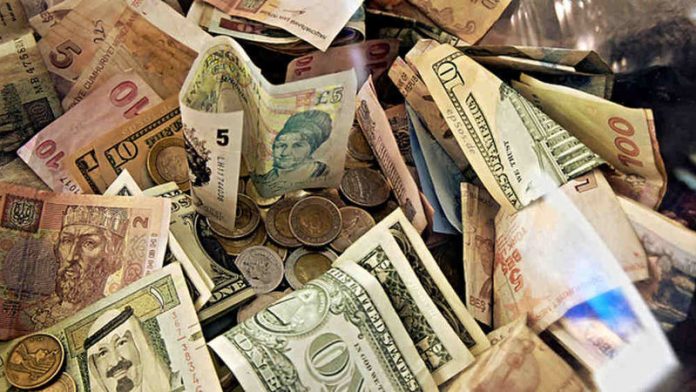 The big banks have been cutting back on the creeping habit of giving unsecured loans, with the result that impaired advances in the banking sector declined by almost 3% between December 2012 and the same month last year.

This is according to the Reserve Bank’s bank supervision department’s 2013 annual report released on Wednesday this week.

That represents a 2.7% decrease.

“So that’s a 5.2% increase since the previous year,” Bostander said.

“Gross loans and advances made up a significant part of the balance sheet,” he said. “[They] constituted round about 76.6% of the total banking sector assets.”

The deputy registrar of banks at the Reserve Bank, Rob Urry, said that a distinction should be made between the banks’ risk appetite and their appetite for exposure.

“Banks need to make profits, and risk and profits are often associated,” Urry said, addressing the media at the presentation of the report.

“So to some extent banks have to look for areas where they can make income as well as reduce risk. There’s this fine balance the banks have to take.”

According to the PwC South Africa Major Banks Analysis 2014 report, which reviews the January 2013 to December 2013 period, banks battled to straddle this line.

“This remains a segment of the market where the major banks have found it difficult to achieve significant growth while balancing this growth against risk appetite levels,” it said.

“Banks continue to extend credit but the appetite for risky credit is definitely changing,” said Urry.

Paul Joubert, the head of research for the labour union Solidarity, which produces an annual report on bank charges, agreed.

“There must have been quite a pull-back in the banking sector from advancing what would now be recognised as quite risky loans to risky clients,” he said.

According to Johannes Grosskopf, a partner at PwC who oversees the annual banking report, the figures were unsurprising and in keeping with trends in the banking sector over the past two years.

Pervasive caution
The financial results and strategies of the major banks have been flavoured with an increasingly pervasive caution, which has dominated the banking sector recently.

Some see it as an industry-wide reaction to the decreasing health of risk-hungry banks, whose growth burgeoned from profits made by providing loans to the unsecured bottom end of the market.

Yet, they subsequently haemorrhaged cash when the effects of the recession hit the pockets of consumers.

The most visible casualty was African Bank, South Africa’s biggest unsecured lender. The bank’s share price fell more than 20% in a half-day of trading in May last year after reporting a 26% drop in first-half earnings.

The reason? The company saw a surge in bad loans after years of aggressive unsecured lending in sectors such as furniture.

Earlier this month, it forecast a loss of R3.3-billion and its share price dropped 15% on the news.

The lender said it would have to increase its provisions for nonperforming loans by R2.5-billion, after advances in this category reached R6-billion in the first half of the year, which was R600-million more than expected.

Capitec bank, which saw a meteoric increase in market share over the past half-decade, largely owing to easier loan requirements, also had its share of bad news.

In February, it forecast negative earnings growth for the first time in several years, thanks to loans gone bad. A month later it surprised investors by announcing that its headline earnings per share had still managed to increase but, at 15%, its growth rate was less than half the growth it had seen in the two preceding years, which was 35% and 49% respectively.

Its approval rate on loans went down to 44% in its most recent financial year from 56% the year before.

None of the other major banks have been immune from the trend either.

The PwC report said that “all major banks have commented on having taken a measured approach to scaling down [the] origination of unsecured lending portfolios”.

In January, the Reserve Bank governor, Gill Marcus, raised the benchmark interest rate by 50 basis points to 5.5%. She cited rising inflation and household indebtedness as key factors for the decision.

It is largely expected that there will be another rate hike before year-end.

Kamilla Kaplan, a group economist for Investec bank, said that the decision would help to curb spending by households that “remain highly indebted”.

Households “will likely be reluctant to take on additional debt in a rising interest rate environment. These considerations, coupled with depressed consumer confidence, should further suppress consumption demand in the coming quarters,” she said.

Despite an overall decrease in impairments, according to the Reserve Bank’s detailed report, specific impairments (specific loans that banks had identified would, in all likelihood, go bad) had actually increased during 2013, from 40.3% in December 2012 to 45.7% in December 2013.

Mitigated risk The fact that banks had identified more specific impairments while simultaneously driving down overall impaired advances could spell positive news for the health of the sector, Joubert said.

“If one bank has written off debt from a specific client then that person is not supposed to get a loan from other institutions,” he said.

Such a move should, in theory, help to mitigate risk for the industry by removing high-risk credit-takers from the grid for a period of time.

“It’s not very nice for the people involved but, whether it’s coming from the input side or because they [banks] are writing off impairments as bad debts, it’s probably healthy for the banks,” he said.

But Joubert warned that the practice could also have other unintended knock-on effects on the country’s economy and cash-strapped consumers could turn to the unregulated informal loan market.

There, they often become prey to astronomically high levels of interest and do not enjoy the consumer protection adhered to by the supervised banking industry.

Overall, what sounds like good news for the health of the banks does not necessarily mean a better-nourished consumer.