West and Central Africa to join forces against Boko Haram 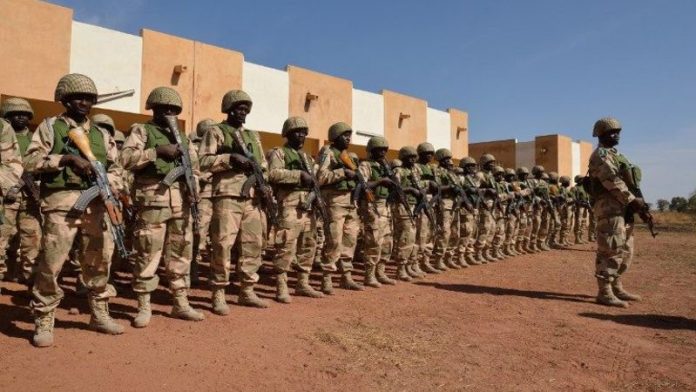 The Economic Community of West African States (Ecowas) announced plans on Saturday to increase co-operation with Central African states in the battle against “terrorism”, amid fears of Boko Haram’s insurgency spreading across the region.

Nigeria has said repeatedly that it needs more help from its neighbours – including Chad, Cameroon and Niger – to end the brutal five-year insurgency being waged by the Islamist group.

In the final communique of an extraordinary security summit, the West African bloc said it would “establish a high-level partnership with Central African states to effectively combat terrorism”.

Nigeria says Boko Haram fighters escape military pursuit by fleeing across the porous borders of its northeastern neighbours and some analysts say senior Boko Haram commanders are based in Cameroon.

Nigeria’s presidency has accused Cameroon of not doing enough to help defeat the group.

The call at the West African summit follows a joint declaration of war against Islamist insurgents by Nigeria, Chad, Cameroon and Niger at a meeting in Paris.

It also asked the UN Security Council to consider imposing “targeted sanctions against the armed groups or individuals who impede the peace process” in Mali.

The Security Council had earlier this week urged Mali to implement fully a ceasefire between the government and armed rebel groups following fresh fighting in the northern desert town of Kidal.

Mali was plunged into chaos in January 2012, when the Tuareg separatists launched a string of attacks in the north that the army was ill-equipped to defend.

A coup in Bamako led to chaos and militants linked to al-Qaeda overpowered the Tuareg to seize control of Mali’s northern desert.

A French-led military operation launched in January 2013 ousted the extremists, but sporadic attacks have continued and the Tuareg demand for autonomy has not been resolved. – AFP