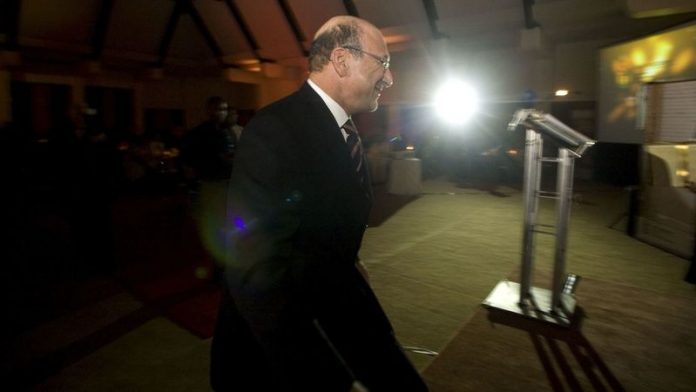 In the final analysis of the arms deal, Trevor Manuel will surely not emerge as the villain.

Although he feverishly defended it this week, his biographer, Pippa Green, described Manuel as a “critic” of the arms deal, who diligently implemented the wishes of Thabo Mbeki’s cabinet collective in spite of his own instincts. While he was the finance minister at the time, and the man whose job it was to find the money to pay for the weapons, Manuel was never accused of corruption or other criminality.

He also did not have any say in which weapons were bought, as he told the arms deal commission on Wednesday.

But Manuel’s detailed evidence-in-chief does not deal with some of the questions that surround his role in the arms deal. These questions, if answered, could help the commission to find out if those responsible for the arms deal acted in good faith.

For starters, was Manuel under political pressure to disregard the advice of senior treasury officials, who felt the Hawk and Gripen purchases were too expensive? Is there documentary evidence to prove or disprove this, and has the commission, with its search and seizure powers, tried to obtain it?

As the critics say, the devil is in the detail.

Report was only ‘advice’
Manuel’s evidence-in-chief is a glowing account of an arms deal that Nelson Mandela supported.

But government’s own affordability report recommended that the arms deal that Mbeki’s government later signed would barely impact the economy, in the best case scenario. The worst-case scenario was dire. Yet Manuel said this report was only “advice” that government was not obliged to consider.

He compared the report as a report on gravity: “If you read it, you will be afraid of flying!”

Manuel’s witness statement tells the tale of a well-meaning government, which earnestly believed it needed to buy weapons so that the defence force could fulfill its duty.

“I was convinced that the package was affordable,” he told the commission.

With that, Manuel signed the loans that South Africa secured to finance the arms deal.

Manuel said the cancellation of the loans would have a “profoundly negative impact on South Africa’s creditworthiness and on the perceptions of constitutional continuity”.

What about treasury?
Citing a 2003 budget review, Manuel said it was not true that the arms purchases were at the expense of other pressing social issues, such as housing, education or health. He said South Africa’s defence spending was well below the international average for developing countries.

But what about Manuel’s colleagues at national treasury?

Manuel did not address this in his evidence-in-chief, but there are strong indications that all was not well at treasury when the arms deal contracts were signed. Green, in her 2012 biography of Manuel, Choice Not Fate, recorded this. Treasury officials tasked with financing the arms deal felt “a sense of discomfort throughout”, she wrote, and there were discussions about cutting the number of Gripen jets.

“Chippy [Shaik] goes berserk, he absolutely goes apoplectic,” according to a treasury official who spoke to Green.

From there on, all the officials could do was make sure they were “squeaky clean”, wrote Green.

“And so was Trevor,” the official told Green.

‘Protected from disclosure’
Raenette Taljaard, a former Democratic Alliance MP and member of Scopa, writes in her book Up in Arms, that a memorandum from senior treasury officials exists to prove this.

In 2001, Taljaard wrote to Manuel asking for this evidence as part of Scopa’s investigation of the arms deal. He declined, citing legal advice that informed him that the memorandum was “protected from disclosure by law”.

Manuel will be cross-examined by Lawyers for Human Rights – which represents Andrew Feinstein, Paul Holden, and Hennie Van Vuuren – and Terry Crawford-Browne on Thursday.

Under cross-examination from Lawyers for Human Rights on Thursday, Manuel denied telling former ANC MP, Andrew Feintstein, that there was “shit” involved in the arms deal, but that he should “just let it be”.

“It’s his word against mine,” Manuel said.