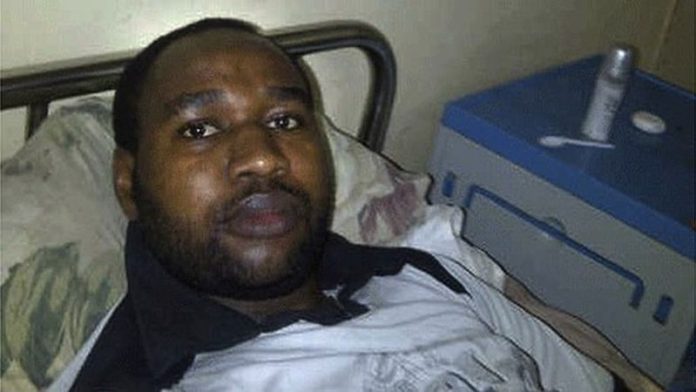 Mubarak Bala (29) is said to have been forcibly medicated for “insanity” for nearly two weeks, despite a doctor’s opinion that he has no psychological problems.

Campaigners are calling for his release and say the case highlights the fact that atheists are a persecuted minority in many African countries.

Bala’s Twitter account uses the handle “@ExMuslim”, and his profile says: “Chemical Process Engineer. I stand for Truth&Justice. Religion insults human conscience &reason, duped me that I hav another lifetime. AgnosticAtheist.”

He lives in Kano in Nigeria’s predominantly Muslim north. The state adopted sharia law in 2000 and has a strict Islamic police force called the Hisbah.

When Bala told his family that he had renounced Islam, they took him to a doctor and asked if he was mentally ill, according to the International Humanist and Ethical Union, which has taken up the case. The doctor gave him a clean bill of health, but the family turned to a second doctor, who said his atheism was a side effect of a personality change.

The family allegedly told the doctor that he had also made delusional claims that he was a “governor” and other “trivial lies”.

Bala was subsequently admitted to the Aminu Kano Teaching Hospital on June 13 and has since been held there against his will.

He has pleaded to the outside world for help in emails and tweets from several phones smuggled into the institution. In one email, he said: “And the biggest evidence of my mental illness was large blasphemies and denial of ‘history’ of Adam, and apostasy, to which the doctor said was a personality change, that everyone needs a God, that even in Japan they have a God.

“And my brother added that all the atheists I see have had mental illness at some point in their life.”

In a tweet sent on June 21, he wrote: “My neck still hurts, from the stranglehold of my father, and the beat of uncles dislocated my finger and arm, I then got sedated by me bro.”

Another tweet, thought to refer to Bala’s father, stated: “Being a leader, in the forefront of Islamic movement in Nigeria, he can’t afford to have a nonMuslim family member, so he declared me insane.”

‘Could have been lynched’
But Bala’s father tells a different story, according to his lawyer, Muhammad Bello Shehu: “From what I gather from the family, Mubarak started expressing these beliefs six or seven months ago. The father was aware that he had stopped praying and going to mosques for a year now.

“But, when he started tweeting about it and going public, that might have endangered his life and his family. So, according to the father, the major reason he took him to the hospital was for his own safety. The way people take religion here means he could have been lynched for making such announcements.”

His detention was condemned by the Nigerian Humanist Movement. Bamidele Adeneye, its secretary, said: “I met Mubarak online a while ago and he seemed very lucid, intelligent and witty, as well as bold and courageous. What amazed me was that he’s a Muslim atheist, which is very rare in Nigeria.”

Adeneye recalled that, out of the blue, Mubarak told him his brother was trying to put him into a mental institution because he did not believe in God.

“Then he said his family had sent him for treatment for insanity. I saw online that his father had written how TV encourages atheism, so be careful.”

Bala had been due to go to South Bank University in London in the United Kingdom, Adeneye said.

“If you speak to Mubarak, you’ll know there is nothing wrong with him,” he said. “Basically he told them he didn’t believe in the Adam and Eve story or in Allah. The constitution clearly states that you have a right to be religious or nonreligious. It is a violation of human rights.

“There are Islamic police in Kano. I fear for his life. Somebody might go to the hospital to attack him. We are trying to get him out. I’m scared because, if it can happen to him, it can happen to me.”

The International Humanist and Ethical Union has expressed concern over Bala’s “deteriorating condition” after reports that he is weak and his hands are shaking.

Its spokesperson, Bob Churchill, said: “It appears that a warped notion of family honour is the motivation for pressuring Mubarak in this appalling manner, to conform to religious views that he simply doesn’t hold. This is an abhorrent violation of his freedom of thought and belief.” – © Guardian News & Media 2014