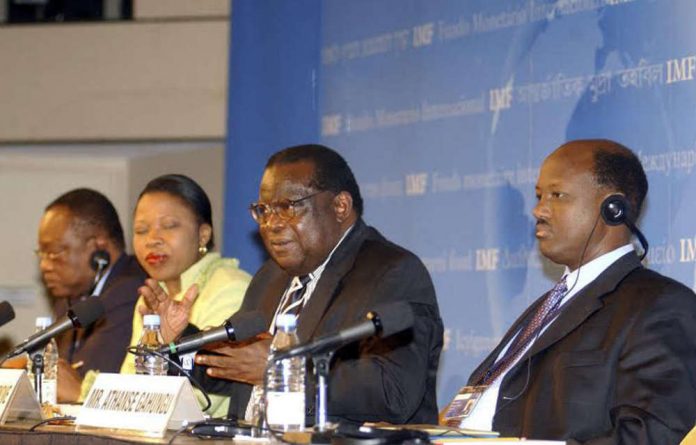 This week, neither the wholly state-owned Malawi Savings Bank, which made the loan, nor the treasury’s Export Development Fund (EDF), which guaranteed it, would answer questions about what has happened to the money.

The directors of the company that received the loan, Sterling Timber International, did not respond to queries about why the factory has not been built.

Gondwe, one of Malawi’s best-known economists and the International Monetary Fund’s former Africa director, confirmed that he had lobbied for the loan but said he no longer had any connection with the company.

Sterling has strong political connections: one of its directors, Peter Mwanza, is a former agriculture minister and senior member of the ruling Democratic Progressive Party.

The loan was purportedly extended in terms of a state pre-finance and loan guarantee scheme that explicitly targets exporters of “nontraditional exports”, including gemstones, wheat, pigeon peas, soya and paprika. But the scheme does not cover timber.

Good intentions
Sterling was launched on February 9 2011 to add export value to pine cut in the Mzimba district, home to a 53 500 hectare area once touted as one of Africa’s biggest exotic plantations.

It was the brainchild of a group of 400 small sawmill owners, the Timber Millers’ Co-operatives Union. Despite having no track record, it landed the 1.8-billion kwacha loan from the Malawi Savings Bank.

The intention was for the union, which had a 63% stake in the company, to supply timber to a newly built plant that would add value for export to the United Arab Emirates, South Africa and East Africa.

But Dick Kachipande, a sawyer from the Chamatete Co-operative, told amaBhungane that no factory has been built. In November last year the union withdrew its support for the venture, saying it has seen no benefit and has no idea what happened to the loan.

“We do not know how Sterling is going to repay the loan because the major source of revenue for the company was supposed to be the union through its contribution of timber,” he said.

The union’s vice-chairperson, Paul Nyirenda, said: “We have repeatedly asked for financial reports but we have never seen them. Where is the factory?”

No company offices
Sterling does not appear to have offices. The only signs of its continued existence are new pick-ups emblazoned with its logo.

The company’s managing director, Paul Makolosi, claimed on the Lilongwe-based Zodiac radio station earlier this year that the company’s exports of value-added timber were generating billions of kwacha a year.

The Nyasa Times has reported that, when Sterling was registered, internal wrangles broke out over stock allotment and the lack of financial accountability and transparency, leading the union to withdraw its backing.

The company was launched after the Malawi government raised the price of state forest timber more than sixfold, from 1 100 kwacha to 10 000 kwacha a cubic metre. The hike meant that, for the majority of small-scale sawyers, production was no longer viable. Gondwe and Mwanza then entered the scene, advising the union to acquire a bank loan to boost their businesses.

“The union then sought a loan guarantee from the Malawi government and was asked to form a company so that government could back it,” Nyirenda said.

Gondwe and Mwanza, who justified their involvement in the company by saying it was to be based in their home region, were among its initial directors.

Mbane Ngwira, the Reserve Bank of Malawi spokesperson, did not say whether the factory had been built but insisted that Sterling is still operating.

Millions paid in commission
According to union minutes, Mwanza told a union meeting in Mzuzu in May 2012 that he received 12-million kwacha in commission for facilitating the loan. Contacted last week, he confirmed receiving payment.

In a phone call this week, Gondwe denied any involvement with Sterling. “Jesus, I do not know these people! I don’t even know this company. They are lying,” he said.

He said he had not even known about EDF until a few days ago “when they came to introduce themselves to my office”.

He referred all questions to the Sterling chief executive and board chairperson, but said he did not know their names.

Malawi Savings Bank spokesperson Brenda Chilima acknowledged that the bank had made the loan.

Asked how much it had recovered in repayments, and how it would claw back the money in the event of a default, Chilima said in an email: “I would like to advise you that the bank has a confidentiality policy on information relating to all its customers … divulging any piece of information … to a third party is in breach of this commitment.”

The EDF referred amaBhungane to the Reserve Bank.

Sterling’s spokesperson, Tiwonge Mtegha, also one of the company’s directors, declined to answer questions, saying he needed time to consult others.