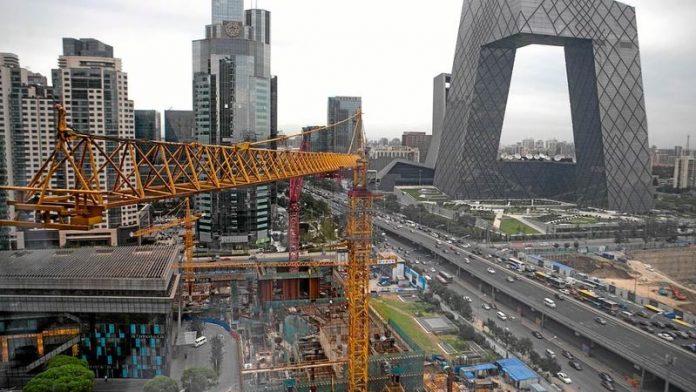 Zimbabwe is anxiously awaiting the return on Friday of Finance Minister Patrick Chinamasa and his high-powered delegation from China, because it has emerged that senior government officials are clashing over how Zimbabwe should approach Beijing to secure an economic rescue package.

Those who briefed the Mail & Guardian this week on Chinamasa’s trip say there have been serious altercations within President Robert Mugabe’s government.

A top foreign affairs ministry official said there had been intense debate and even quarrels over what precisely Zimbabwe should be asking for. The official said there were many conflicting views, and the suggestions included direct budgetary support, lines of credit, loans, the mortgaging of minerals, and developmental projects and investment, particularly foreign direct investment.

“Chinamasa and his delegation will be returning from China [on Friday], most likely with more promises and nothing concrete, but there is serious debate and even arguments about who should be involved and what approach Harare should be using to engage Beijing,” the official said.

“What exactly are we looking for from China? Do we want budget support, a loan or investment? That is the main question.

“Besides, there is a problem of some people wanting to be involved even though they have no capacity, contacts and networks in China to help the process move forward.

“This has resulted in the Chinese viewing us with suspicion and sometimes derision, even though they won’t say it. That is partly why even their president [Xi Jinping] and prime minister [Li Keqiang] visited Africa last year and this year, respectively, [but] they didn’t come to Zimbabwe.”

Nonstop
Xi flew over Zimbabwe in March last year on his way from Tanzania to South Africa to attend a Brics (Brazil, Russia, India, China and South Africa) summit in Durban. He also visited the Democratic Republic of Congo.

In May, Li ignored Zimbabwe during a week-long trip that took him to Ethiopia, Nigeria, Angola and Kenya.

Zimbabwe wants Li to visit the country early next year.

This is Chinamasa’s second trip to China this year.

Senior officials in the foreign affairs ministry say disagreements over how to handle Zimbabwe’s engagement with China were at the centre of a row that erupted between Foreign Affairs Minister Simbarashe Mumbengegwi and his deputy Christopher Mutsvangwa last week before Chinamasa’s trip.

Mutsvangwa complained about being left out of the trip, charging that Mumbengegwi had long sidelined him on important national duties despite his extensive diplomatic experience, particularly in dealing with China. He is a former Zimbabwean envoy to China.

In April, Mutsvangwa attacked Mumbengegwi and the foreign affairs permanent secretary, Joey Bimha, describing them as “political novices” over the visa row involving Mugabe’s wife, Grace, who was barred from attending a European Union-Africa summit in Brussels, which her husband subsequently boycotted.

A diplomat at the Chinese embassy said the attitude of Xi and Li showed that, although Beijing always said publicly that Zimbabwe was a close ally and an important investment destination, China was taking a cautious approach, given the country’s political uncertainty, policy inconsistency and sovereign risk.

China’s ambassador to Harare, Lin Lin, has alluded to these issues, particularly on May 6 during an international conference on Zimbabwe.

Lin gave a speech at the conference, which took place during Li’s visit to Africa, and shared China’s experience in developing special economic zones, especially in Shenzhen, a major city in the south of Guangdong province, which was China’s first, and one of its most successful zones.

Lin said, in China’s experience, there were three key elements to its success: the leadership’s strong commitment to political change and reform, friendly policies to attract foreign investment, and the central government’s support for business and investors.

Minerals mortgage
A senior finance ministry official said that, although the Chinese seemed interested in infrastructural development projects, Zimbabwe had been pressing for a bailout linked to what it called “securitisation of minerals”, under which the country would get a loan and give China control over its mineral resources.

Senior government officials pushing for the securitisation of Zimbabwe’s mineral assets claim the country is “too rich to be in debt”, given its vast mineral deposits.

“It can help although it’s true that it might affect future generations. By securitising Zimbabwe’s expansive deposits of minerals such as platinum, diamonds and gold, for instance, the country would then be able to leverage on these assets to access funding from China,” an official said.

“This means China provides Zimbabwe with a rescue package – a loan – and Beijing takes charge of Harare’s mineral revenues to service the principal amount and arrears. Using the future cash flows from the sale of these minerals, Zimbabwe would then be able to service its loans.

“Zimbabwe, with all things being equal, can also unlock streams of cash flows for infrastructure development, debt servicing and addressing the liquidity challenges that are bedevilling the local economy.”

Before his trip to China, Chinamasa and his ministry officials had regular meetings with the outgoing Chinese embassy economic and commercial counsellor, Han Bing, in a bid to finalise a deal to securitise the minerals, and China’s Export-Import Bank and officials from Zimbabwe’s ministry of finance have been working hard behind the scenes on technical details of an arrangement that has divided Harare.

“This is where the problem is. How do you securitise the whole Great Dyke [Zimbabwe’s mineral-rich geological belt that runs north-south through the country] without mortgaging the country?” a deputy minister who spoke to the M&G said.

“We seem to be trying to reinvent the wheel. Why not just create conducive conditions for investors, including the Chinese, to bring their money in here? That’s a far better approach than going to Beijing cap in hand – carrying a begging bowl – or looking for things that will never come, like budgetary support.

“Using future mineral revenues to borrow is not a solution at all; it’s a short-term measure which only helps to increase our already ballooning debt in the long run.”

Since Mugabe and his ruling Zanu-PF were re-elected in July last year, Zimbabwe has been in economic decline, characterised by a liquidity crunch, a negative current account deficit on the back of a dramatic increase in imports and static exports, falling demand for aggregate, low industrial activity, poor investment inflows and limited lines of foreign credit.

Chinamasa has been searching frantically for a financial bailout as the government, running on a paltry annual national budget averaging $4-billion since 2009, faces bankruptcy. He has been to South Korea, Kuwait and China looking for money but his trips have yielded nothing.

Last week, he returned to China for 10 days, after his visit in January, in yet another bid to secure an economic and financial rescue package to fund the government’s economic blueprint, the Zimbabwe Agenda for Sustainable Socioeconomic Trans­formation (ZimAsset), which requires a $27-billion capital injection.

Chinamasa’s programme included meeting the Chinese ministers in the economic portfolios, studying how the Chinese economy was turned around to become the second largest in the world, as well as intensifying negotiations for a financial deal.

“After the Zimbabwean delegation’s return home, the Chinese are expected to make a reciprocal visit to Harare before the end of the year, something which should culminate in a visit to Zimbabwe by Li Keqiang,” the foreign affairs ministry official said.

Chinamasa visited China in January looking for $10-billion to fund ZimAsset and the economy in general but the Chinese were not forthcoming, saying the blueprint was largely aspirational and not a workable economic plan that was bankable.

Although Chinamasa held talks with the Export-Import Bank of China, which would provide the funding, nothing concrete materialised from the trip. This forced him to go back to China last week.

Officials say the Chinese want Zimbabwe to come up with solid investment proposals that Beijing would be able to fund if it was guaranteed to recoup its investment.