The Creative Showcase: Uplifting the African way of life 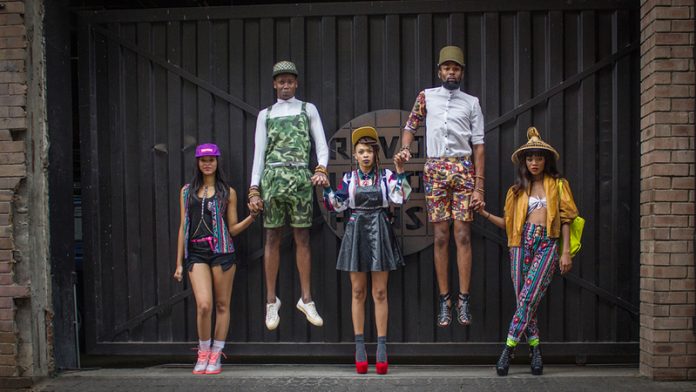 Themba Mbuyisa: Uplifting the African way of life
He’s always had an eye for detail, but Themba Mbuyisa did not anticipate photography resonating with him as much as it does. His interest in the medium grew from his love for fashion; he started out by photographing local street style in Soweto. With a deep desire to tell stories through his work, he began to explore other genres and, over time, has cultivated an approach to photography that is all about uplifting the African way of life.

As a child Mbuyisa was always interested in art, but he put his artistic interests aside in high school to focus on the academic curriculum. He went on to study for a BSc computer science degree at Wits, but it was during a gap year mid-degree that he enrolled in a foundation course at the Market Photo Workshop and the creative opportunities came knocking.

Mbuyisa has since developed an online photography portfolio with Vogue Italia, has been featured in a documentary by ARD German TV and has recently completed an arts residency in São Paulo, Brazil.

Read the full interview in this week’s M&G Friday.

Klomp Ceramics by Alexia Klompje
A woman of many skills, Alexia Klompje’s creativity has found an outlet in a number of media over the years, including taking art and ceramics classes at school, doing jewellery and fashion design courses, studying architecture at university, enjoying a successful career in styling and launching her most recent endeavour, Klomp Ceramics.

Alexia launched Klomp Ceramics from her home studio in Cape Town just under a year ago. “It literally started with a couple of bags of clay in my spare room and a need to express myself creatively while recovering and healing from a brain tumour. I needed to tell my story, and clay was my medium.” Since then she has produced three collections of handcrafted ceramics, which are bold in their simplicity.

Hillbrow, an animated feature in the making
Written by Porteus Xandau, Golden Planes’s Hillbrow, an animated feature in the making, is a dramatised snapshot of urban South Africa right here, right now. It tells the story of three contemporary Johannesburg-based characters whose lives are interlinked by the abuse of HIV medication efavirenz as a recreational, hallucinogenic drug. Xandau first became aware of the abuse of antiretrovirals through an article in a newspaper a few years ago.

“Of course, it was such a whack concept that at first it was hard to believe,” he says, but once he began to investigate further he realised that it was a major issue. “From there, I just took in anything and everything that dealt with antiretroviral abuse,” Xandau says on the research he undertook to write the script for Hillbrow. “I spent a lot of time in the inner city of Johannesburg interviewing dealers, policemen, addicts, sex workers, strippers, doctors, clinic councillors and people from drug rehab centres. These characters were so interesting and their stories so intense that for me it was a no-brainer that I had to write a film.”

Although the script is complete and a lot of groundwork has been done for animation tests, the team has only just begun looking for financing for the film. So far, however, the response has been incredibly positive.

NOT x Chris Saunders: A fashion collaboration
New York-based fashion designer Jenny Lai came across a number of photographs online in mid-2013 that had been taken by South African photographer and filmmaker Chris Saunders. Excited by the expressive originality in his vibrant images of style collective The Smarteez and pantsula dance crews in costume, Lai contacted Saunders.

NOT x Chris Saunders is the result of her reaching out: a cross-cultural, collaborative project spanning disciplines and involving seven different creatives working in the field of fashion. The pair developed the framework for the project over Skype, with the overarching goal to explore the process of cross-border collaborations as well as to showcase the distinct people, places and processes that make South African fashion unique.

Lai visited South Africa earlier this year to set the project in motion. During intensive one- to two-week sessions, she collaborated with four local creatives – Dennis Chuene, Dr Pachanga, Floyd Avenue and Macdonald Mfolo – who were invited to reinterpret one of Lai’s existing designs in their own style and in the context of what they produce.

“I’ve been shooting all sorts of things,” says Marais, whose mind is forever filled with countless thoughts and ideas. “I think in the grand scheme of things there will always be progression in my newer work, as much as you will find similarities to my older work … I’m always on the lookout for something more, something clever and dynamic, and something that makes sense!”

When it comes to the style of his photographs, he describes them as clean, sometimes creepy, often quite serious, but always beautifully thought out and considered.

For more local creativity, go to Between 10and5.

Slice of life: The day I met my first friend