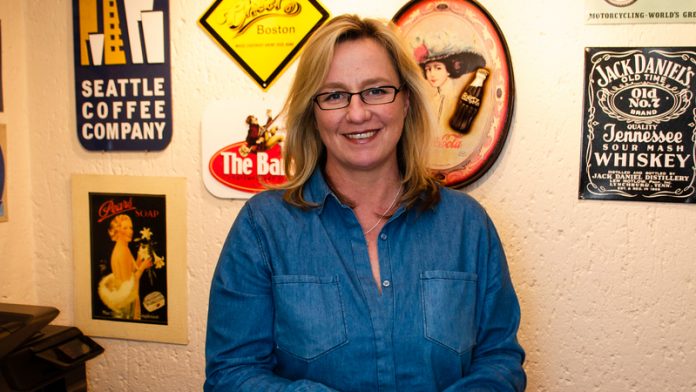 It requires a significant reinvention of the way they interact with customers.

“Social media now forms an important part of the corporate identity and voice of a company. It can be used in many creative ways to enhance its image and market its goods and services to a wider audience,” she says.

“Managing these tools carefully is critical as misuse can negatively affect a firm’s reputation on a massive scale.”

Companies don’t always get it right, making a buzz on social media for all the wrong reasons. The head of corporate communications at the New York-based Internet company, InterActive Corp, for instance, was fired late last year for a tweet that linked Aids with race.

And global financial services company JP Morgan, unleashed a storm of ill-feeling towards the firm when it planned a live Q&A session with an executive through Twitter in 2013.

Inappropriate tweets by employees, failure to respond to complaints from the public delivered on social platforms, and ill-advised campaigns with negative fall-out are just some of the dangers companies are having to negotiate in the world of social media that can offer as many pitfalls as it does opportunities.

Larger companies especially need to have social media specialists and strategies in place that enable them to react quickly and appropriately when challenges arise as well as take advantage of opportunities.

“Some do it grudgingly but the most successful embrace change,” says Cowling.

“This is something we have had to do ourselves to reposition our company in an environment where social media, cloud services and mobile communications have fundamentally altered the way people do business,” she says.

Cowling says in the old days an organisation’s reputation would spread slowly – positively or negatively –by word of mouth or anecdotally.

With the advent of social networks such as Twitter and Facebook, the public instantly knows about any opinion from a consumer about a particular brand and its products or services.

“Consumers today are highly brand-conscious and expect the brands they have embraced and trust to behave properly and appropriately. Any missteps they take can have a hugely damaging effect on their reputation and this can spread like wildfire through social networks.

“We have seen trifling disagreements escalate into pitched battles on social media as consumer sentiment backs either the complainant or the brand. While companies are sometimes abused by those who don’t truly have legitimate gripes, social media users are generally savvy and have a strong sense of who has a genuine complaint and who is just stirring,” she says.

“It’s not just words that can have an effect,” says Cowling. “Mobile tools such as smart phones and tablets can be used to capture pictures and videos that can also underscore or undermine any message a company wants to communicate.”

Organisations with a social media presence need strategies in place that can be used instantly to respond to situations developing online and douse fires or fix problems as needed.

The process of managing this rapidly changing environment should be the responsibility of a new wave of specialists who understand company culture and brand values and are able to communicate these as well as respond appropriately to any potential challenges.

“Social media has brought branding to the fore for companies of all sizes and they’ve had to reinvent their methods of communicating with consumers, customers and suppliers,” says Cowling.

“One of the biggest change brands has had to adapt to is the accelerating pace of doing business. Everything happens faster. It wasn’t too long ago that we used to send messages mainly through fax machine or across town with a motorbike delivery services.

“Nowadays a touch of a button can transmit a document, illustration or video across the world almost instantly and faster mobile network speeds mean we can do this from wherever we happen to be. In our own case, it’s as easy to work from home as it is from an office or while on the road,” she says.

This article is part of a series sponsored by MTN Business. While the theme for the series has been agreed to by MTN Business, the articles have been independently sourced by the M&G’s supplement’s editorial team and MTN Business has not seen this article prior to publication. The other articles in the series can be found here.