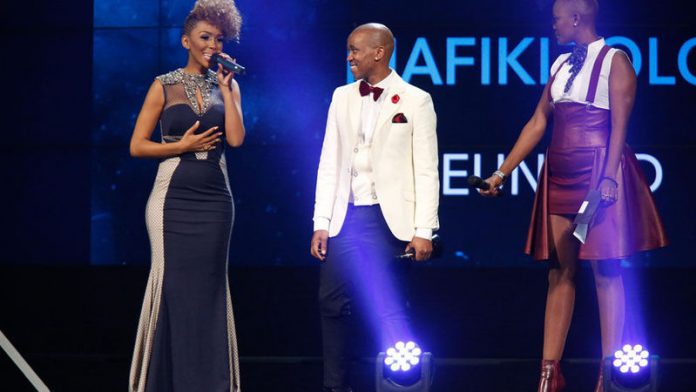 Lake of Stars returns to Sunbird Nkopola Lodge on Lake Malawi from September 26 to 28 2014. Headlining the festival this year is South African duo Mafikizolo.

Having just returned from the BET Awards in Los Angeles, 2014 has been a massive year for Mafikizolo. The Khona singers were big winners at the South African Music Awards earlier this year, as well as the 2014 MTV Africa Music Awards.

“This will also be our first time in Malawi and we are excited to be part of a festival of this magnitude that celebrates African music and heritage,” says Mafikizolo’s Nhlanhla Nciza and Theo Kgosinkwe.

Festival director Will Jameson says: “We’re thrilled to have been able to secure one of Africa’s biggest acts right now, Mafikizolo, to headline this year’s festival. Furthermore, with the support of Creative Scotland, the festival will build on the connections between Scotland and Malawi by hosting 12 creatives from Scotland including a poet, comedian, writer, filmmaker and a street artist in addition to hip-hop act Stanley Odd.”

“Festival-goers can expect an intimate festival set in an unbelievable location on the palm-fringed shores of Lake Malawi where you can enjoy an eclectic programme of music, comedy, visual arts and poetry and family activities,” says Jameson.

Now in its 11th-year, the festival draws audiences from all over the continent and beyond. International musicians share the stage with African artists at the festival.  For over 10 years, the Lake of Stars festival has brought artists and audiences from the United Kingdom to the shoreline of Malawi for a celebration of music and African culture. In its earlier years, it had a reputation for being a venue for British partygoers to convene with expats and enjoy Africa, absent of a local crowd; but the scene has changed and the festival now offers a refreshingly diverse art experience.

In the past, renowned UK musicians such as the “Noisettes” and “Afrikan Boy”, shared the stage with African luminaries like Zimbabwe’s Oliver Mtukudzi and Kenya’s Sauti Sol. These musicians, representing indie rock, grime, world beats, and afropop, are a few of the established names and styles of music that have graced this arena.

Along with giving international audiences a taste of southeast Africa, the festival has made strides to expose its audiences to the musical styling of contemporary Malawi. The increased number of Malawian acts has included MCs and artists such as Tay Grin, Chiozo, Peter Mawanga  and Tigris, who have performed several years in a row.

Last month, at the Commonwealth games, Lake of Stars had a special event that featured Malawi artist Tay Grin performing at the Glasgow Green. Earlier this year, his compatriot Peter Mawanga performed in Glasgow, having been scouted at the 2013 Lake of Stars festival by Celtic Connections, and booked to perform at concerts abroad.

These intercultural connections and the reciprocated tours epitomise the cross-cultural ethos at work with the Lake of Stars festival. The idea is not only can UK visitors and musicians add to the music and tourist industry in Malawi, but also Malawi in particular and Africa in general can contribute to the UK arts and cultural scene for the better.

To that end, this year’s festival will include 12 Scottish artists as part of a reciprocal programme with Creative Scotland. The Scottish acts will include a poet, comedian, filmmaker, and street artist. This is because it is not only musical acts that grace the stage at the Lake of Stars festival, theatre, clowning, mixed martial arts and dance are all part of the experience.

For the first time in the festival’s 11-year history, there will be talks fashioned after the increasingly popular TEDx talks that disseminate intellectual, creative, and innovative ideas. Lake of Stars has become much more than a musical festival, it is a celebration of artistic expression, and increasingly, a platform to launch young Malawian talent.

There has been a move to make the festival more family friendly and a place for a more socio-economically diverse audience. This has been particularly significant to students from the Jacaranda school who participate in the festival year after year.

Neighbouring the venue, 2008 CNN Hero Marie De Silva founded the Jacaranda school in the home she group up in; it has a mission to provide education, nutrition and medication to orphans in Malawi.

Students from the school have composed songs and performed for appreciative crowds during the festival. Musical expression has become a means of positively engaging the disenfranchised youth, and according to De Silva, the festival has become a much-anticipated, exciting opportunity for the students from her school. Lake of Stars is a festival committed to having a positive impact on the community and the country that it returns to year after year.

With Malawi voted as one of top 10 places to visit in 2014 by Lonely Planet, this year’s Lake of Stars festival is sure to draw audiences from all over the continent and beyond.

This article was originally published on mgafrica.com