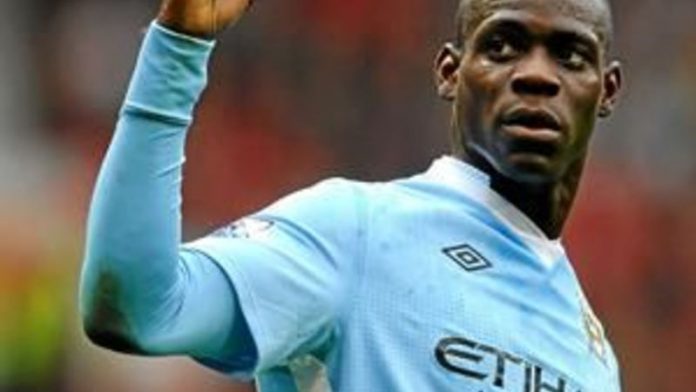 Two weeks after Reds boss Brendan Rodgers ruled out a bid for Mario Balotelli, British and Italian media reported on Thursday that the controversial striker is on the brink of a shock move to Liverpool.

According to sports channel Sky Italia, AC Milan have agreed to let the 24-year-old move to Anfield, and a transfer worth €20-million is being wrapped up.

A Milan spokesperson said he could not confirm any talks.

The reported move is being seen as a sign of Liverpool’s frustration at being unable to land a top quality replacement for Luis Suarez, following the Uruguayan’s World Cup biting disgrace and subsequent departure for Barcelona.

During Liverpool’s tour of the US earlier this month, Rodgers had appeared to close the door on a move for Balotelli, saying, “I can categorically tell you that he will not be coming to Liverpool.”

The striker’s three years (2010-2013) with Manchester City were overshadowed by his off-pitch antics, which included car crashes, setting fireworks off in his bathroom and an incident in which he threw a dart at a youth team player.

He was regularly at loggerheads with then Manchester City boss Roberto Mancini, and clashed with some teammates while producing only intermittent flashes of his undoubted star quality.

Liverpool has reportedly targeted Monaco’s Radamel Falcao as its first choice replacement for Suarez but appears to have made little headway in its attempts to secure the Colombian, who missed the second half of last season and the World Cup with a serious knee injury.

‘Racist abuse’
A return to England and a fresh start could suit Balotelli. The striker has been subjected to criticism in his home country for a perceived poor attitude during Italy’s World Cup campaign, which ended with the Azzurri flying home at the end of the group stage.

As the most prominent black player in Italy – and the first to represent the country at a major tournament – Balotelli has also had to endure regular racist abuse of a kind which is now rare in English stadiums.

Balotelli was always a high-profile figure during his time in England, where he won both the Premier League and the FA Cup but also become a fixture in the gossip pages of the national press.

What Balotelli perceived as his unjust treatment led to a well-known goal celebration where, after scoring against local rivals Manchester United, he lifted his shirt to reveal a slogan saying, “Why Always Me?”

Balotteli eventually left for Milan when Mancini decided the time was right to cash in on his erratic forward.

‘Awkward’ character
Rodgers may feel he can do a better job of managing the striker, given the praise he received for the way he handled another “awkward” character in Suarez.

Suarez caused Rodgers plenty of problems but the Northern Irishman was lauded for the way he was able to get the best out of his star striker, who scored 31 goals as the Reds narrowly missed out on the Premier League title last season.

Suarez left Liverpool for Barcelona in a £75-million move, following his four-month ban for biting Italy’s Giorgio Chiellini during the World Cup in Brazil.

Although Rodgers has already reinvested some of that money in signing a clutch of new players, he needs to strengthen a forward line that includes the England duo of Daniel Sturridge and Rickie Lambert, neither of whom can match Balotelli in terms of power and pace.

Balotelli scored 16 goals for Milan last season, as well as the winner in Italy’s World Cup opener against England in Manaus. – AFP