No confidence in IEC commissioners 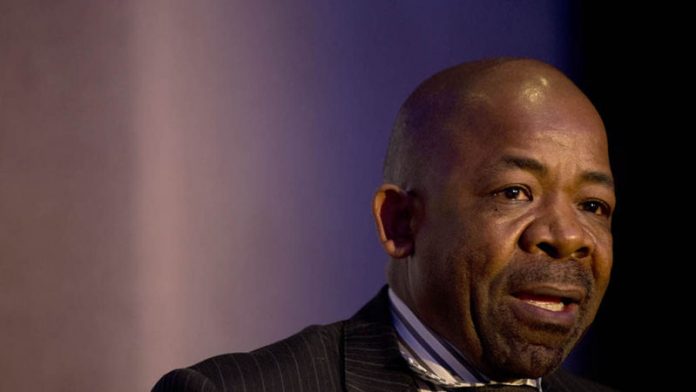 The next head of the Independent Electoral Commission (IEC) seems unlikely to come from within the IEC if Parliament acts on the recommendation to remove current chair Pansy Tlakula.

Public protector Thuli Madonsela found in August last year that Tlakula had flouted procurement regulations in securing a R320-million lease for the IEC’s head office in Centurion and had an “unmanaged conflict of interest” as a result of the separate and undisclosed business relationship with business associate Thaba Mufamadi. A subsequent report by the treasury made similar findings.

It means that Tlakula must now face a parliamentary hearing and is unlikely to be successful in her battle to keep her job.

Politicians and insiders say unlike previous changes at the top of the country’s electoral body, there is no clear successor who has been groomed within the organisation.

No contenders
The consensus from those close to the IEC is that the four other commissioners, whose terms last for another five years, won’t make the cut.

“I don’t think there is a single person in there who could be the chair,” said one ANC insider, an assessment with which United Democratic Movement leader Bantu Holomisa and sources in the Democratic Alliance agreed.

“I’d be more happy if they bring somebody from outside because, of these remaining commissioners, I don’t think there is anyone strong enough to lead the IEC,” said Holomisa, who has championed Tlakula’s removal. “They showed cowardice in this period.”

A shared opinion from major parties close to the internal mechanisms of the IEC is that Tlakula’s deputy, Terry Tselane, has been positioning himself to take over the role.

Tselane has denied this, however, saying that the commissioners are focusing on the work of the IEC.

“You’ve got experienced expertise and all these people collectively have been running the election, and that they will continue running it,” Tselane told the Mail & Guardian this week, when asked how the IEC would cope with a possible change of leadership.

“Even when Tlakula was on special leave, the organisation operated normally.”

Fair to all parties
A source in the DA said Tlakula was respected, as she was fair to all parties. But there were concerns that Tselane was trying to curry favour with the ruling ANC, though the DA source noted he has not shown any particular bias in his decisions or work in the IEC.

A second ANC insider in Parliament said it was important to have an IEC chair who was trusted as being objective. “As the ANC, people would think it’s in our interests to have people to kowtow but it’s not because no one would trust the elections we will win.”

A new commissioner and chair will have to be short-listed and interviewed by the chief justice and relevant chapter nine institutions, such as the public protector, and appointed by Parliament.

The second ANC insider in Parliament told the M&G that Tselane is unlikely to get the nod from the ANC’s majority: “The problem with [the] deputy chair is he has been part of the factionalism that has affected the IEC.”

ANC and DA insiders have maintained that Tlakula’s errors were largely administrative and that the facts have not been examined by a court of law, nor has Tlakula or her legal team been given a chance to examine the witnesses.

The ANC in Parliament are unlikely to go against the recommendations of the Electoral Court for her removal, though the party has largely been sympathetic towards her travails.