Responsibility is a matter of principals 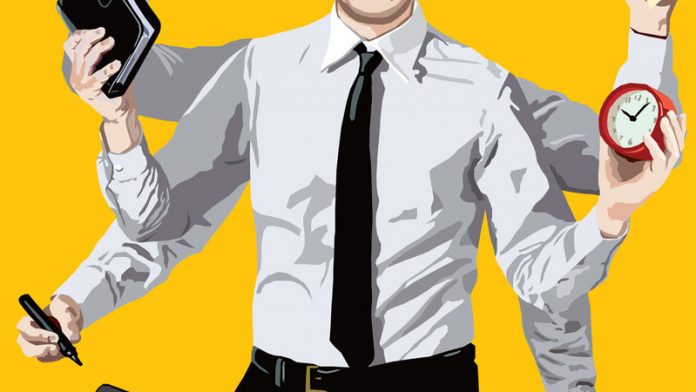 I have only been a principal for a year and a half. Before that I was engaged in the business of school evaluation and improvement for nearly 20 years.

I have discovered that being a principal is bit of a thankless job. You have to please the teachers, the unions, the board, the parents, the education department and the pupils. Ah, and also the other bodies such as the South African Council of Educators and education quality assurance council Umalusi – to name just two. Everyone knows how to do your job better and is very generous with their advice.

Don’t get me wrong, I am not a know-it-all, but I have been around in the education system for a fair amount of time. I have been witness to, and party to, national curriculum change even before the dawn of our new democracy. The first changes we engaged in were more than 20 years ago and these were to rapidly remove the offensive aspects from the National Party apartheid curriculum.

I remember the carefully constructed notes I later prepared to help teachers to understand outcomes-based education (OBE), and I have vivid memories of the heated discussions that we had around Professor Jonathan Jansen’s 1997 essay, “Ten reasons why OBE will fail”.

Despite our enthusiasm and belief in the important need for educational change and reform, change has been slow. Transforming an education system that was so divided and so unequal has been a mammoth task, perhaps more mammoth than we ever imagined. Bringing about equity and improving school quality have been key imperatives of education policy in South Africa.

But this is not meant to detract from the many gains and improvements that we have made in the system. For example, I observed the most impressive school nutrition programmes in operation in the Bushbuckridge region of Mpumalanga, in places where academic performance was poor. I was particularly impressed by the generosity and kindness of teachers who actively set out to help the vulnerable, needy children they meet daily in their classrooms. I saw that teaching in impoverished contexts is draining and demands more on a personal level than just teaching a subject.

The reality of a study I’d read about impoverished schools in Britain came to life. The study found that teachers often had to deal with drama, conflict and tears, and said it was hard to remain detached. Other day-to-day issues that teachers faced included having to cajole pupils to complete homework and to return books and equipment to class. These issues resulted in working environments that were unpredictable. Something could happen at any time and lessons could not be relied upon to go according to plan.

In South Africa, HIV infection impacts on many facets of the school-going child’s life. There are social, cognitive, emotional, physical and behavioural implications for each student. There are also many factors that influence how a pupil who has HIV will be affected, including the home environment, access to healthcare, poverty and family support and structure.

I identify with the principals I met in Bushbuckridge who were trying to improve their schools. They too had a lot of people trying to tell them how to do their jobs. One principal proudly showed me her new grade R classroom. There weren’t any desks, and the children knelt on their knees and used the seats of the chairs as desks. One little girl lay asleep on the piece of carpet after nap time, while the other children drew pictures.

There was no playground equipment, appropriate educational toys or books, but the principal was expected to make the new policy work – and did so.

Mammoth task
Bringing about educational change and reform in South Africa remains a mammoth task; and the minister of basic education’s reminder to us that this is a societal issue is true. Yet despite this, a lot does still rest on the principal’s shoulders. The principal is the one who has to make sure that everyone is at work every day and doing their jobs at school.

“Time on task” does remain a problem in many schools in South Africa. A study a few years ago on the North West province found that rather than teaching the 130 lessons or more that were programmed in the period for which researchers were able to observe, they counted an average of 50 daily lessons during that period. There was considerable variation in the number from classroom to classroom, but this low average figure implied that pupils were not getting much exposure to mathematics during their grade six year. Teachers did not teach 60% of the lessons they were scheduled to teach.

Principals are expected to conjure up miracles on their own with very few resources. Results in the annual national assessments must improve, we are told. In a few provinces schools are being supported in systematic curriculum interventions, but in others teachers are left to grapple on their own with bulleted sentences in thick curriculum documents in overcrowded classrooms.

Surely school improvement needs to go together with support. Richard Elmore, a prominent Harvard education scholar, argues for reciprocity in the accountability of meeting appropriate standards. For example: “For every increment in performance I require of you, I have a responsibility to provide you with the additional capacity to produce that performance.”

Elmore argues that test-based accountability without substantial investments in capacity, internal accountability and instructional improvement in schools is unlikely to result in better performance from low-performing students and schools. Rather, it is likely to aggravate the existing inequalities between low-performing and high-performing schools and students.

Schools that work
I cannot escape my responsibilities as a principal. I have to regularly assess myself against the four areas Pam Christie, Dawn Butler and I identified in our 2007 “Schools that Work” ministerial report. These successful schools in township and rural areas schools were:

? Focused on their central tasks of teaching, learning and management with a sense of purpose, responsibility and commitment;

? Had strong organisational capacity, including leadership and management;

? Carried out their tasks with competence and confidence;

? Had organisational cultures or mind-sets that supported hard work, expected achievement and acknowledged success; and

I tell myself that if these dynamics are not present in my school then I am in trouble.

What support do I need as a school principal? There are definitely loads of demands that keep coming. The provincial department of education demands the completion of different forms, surveys and other documents, and this is tiring, to say the least. The Catholic Schools Office, too, bombards me with almost daily email demands that often drive me to the delete key.

Ethical judgments
Most leadership and training manuals I wrote in my previous job remain on my bookshelf gathering dust. I regularly refer to the finance manual, but most of all I draw on my moral formation to make daily moral judgements. Every day I must make ethical judgements that impact on my life and the lives of others.

My most valuable resource is my mentor on the other side of the telephone line who helps me to reflect and offers me the support I need in this busy life. I value his considered advice and support.

The conversations with other experienced principals are also extremely relevant to me, and the departments of education really need to recognise this dimension and facilitate these encounters.

As a school principal, I would like to remind policymakers and administrators that improving the educational outcomes in South African schools have to be inextricably linked to school building programmes, nutritional programmes, learning materials development, improving the salaries and benefits of teachers and meaningful staff development.