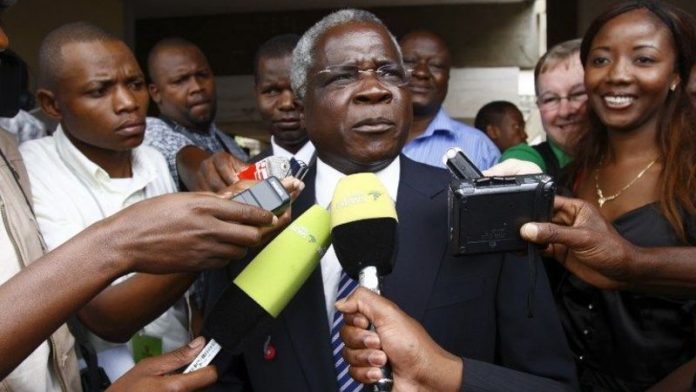 Guebuza and Dhlakama, who came out of hiding on Thursday, signed the deal in front of around 100 diplomats and dignitaries.

The two leaders embraced, prompting jubilant cries and clapping from those gathered.

For two years government forces and fighters loyal to Dhlakama have clashed, with the rebel leader accusing the state of reneging on a peace deal that ended Mozambique’s brutal civil war. About one million people died as a result of the 15-year conflict, which ended in 1992.

End ‘one party state’
In the most recent clashes Dhlakama’s supporters attacked buses and cars on the main north-south highway and government forces raided his bush hide-out, in a low-level but deadly insurgency.

Dhlakama came out of hiding on Thursday, returning to Maputo in a symbolic end to the two-year conflict, which had spooked investors. On Friday, he hailed the deal as an “important step forward”, but also accused the government of “intolerance”.

“After the beautiful dream of two decades ago when peace seemed to be for always, we saw a systematic concentration of power in the hands of those in power… many are in this room,” Dhlakama said drawing gasps and mutters from the audience. He added that he “hoped today’s accord can bring to an end the one party state”.

Integration
Mozambique has been ruled by civil war victors Frelimo since independence; the party is expected to win upcoming elections in October. There were fears the polls could be marred by violence. Dhlakama has lost every presidential election since 1994 and his Renamo party is struggling to retain its status as the biggest opposition party.

The peace deal will see Renamo fighters integrated into the military and the party given a greater say in election oversight bodies. Dhlakama has also asked for a slice of the country’s growing natural resource wealth. – AFP