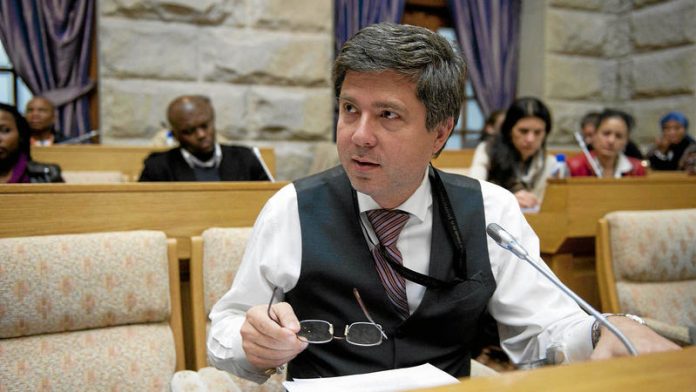 Late Inkatha Freedom Party MP, Mario Ambrosini’s death will not stop Parliament from processing the controversial Medical Innovation Bill, which seeks to decriminalise the use of marijuana, a banned substance for medical purpose and beneficial commercial and industrial uses.

Ambrosini, who died last month, tabled the private members’ Bill in February a day after he confessed in the National Assembly that unconventional and illegal medical treatment has extended his life expectancy. The then terminally Ambrosini, who was stricken with late stage lung cancer, appealed to President Jacob Zuma to legalise medicinal marijuana as an alternative treatment for cancer patients during a sitting of the National Assembly.

Ambrosini told Zuma he was supposed to have died already, but he is positive the marijuana remedy has saved his life, adding that it was a crime against humanity to deny the treatment to millions of cancer patients.

“People are dying because of bad policies and bad laws, which we can change. There are available cancer treatments, which are not made available from a legal view point.”

Reviving the Bill
On Tuesday, ANC chief whip, Stone Sizani tabled a motion to revive the Bill whose lifespan lapsed with Ambrosini’s passing. The Bill, which Ambrosini tabled in Parliament in February this year, was referred to the portfolio committee on health for processing, shortly after he tabled it, but unfinished Bills lapsed at the end of the fourth parliament on May 6, the day before the May 7 general elections that elected the new Parliament. The Bill was revived on July 22, but again lapsed with the death of its sponsor, Ambrosini on August 16.

Tabling the motion to revive the Bill, Sizani said the requisite pre-introductory procedures for reintroducing the Bill had been complied with. He proposed that Parliament waiver the requirement to re-advertise the Bill and that the public comments that had been received previously be considered.

Positive public feedback
Ambrosini announced in June that Parliament had received an unprecedented 1 902 public comments on the Bill. “The overwhelming number of comments received are in enthusiastic support of the Bill,” he said at the time. He said most submissions were requesting public hearings.

Ambrosini noted that this was happening at a serendipitous time in which a similar Bill was introduced in the United Kingdom’s House of Lords by Lord Maurice Saatchi and where it received widespread support from public comments, saying this showed that there was a profound shift at play in the worldwide mind-set of health regulations.

Innovative cancer treatment
Ambrosini, who died last month, wanted the Bill to be passed by the end of September and that the Centre of Cancer Treatment contemplated in the Bill may be operational within a year thereafter. Ambrosini said the requested change in policy and law was to allow doctors to administer innovative unproven, but harmless cancer treatments in cases where other treatments cannot provide a cure and on the basis of the patient’s informed consensus, thereby shielding doctors from both common law liability and medical profession requirements.

It would also allow the minister of health to authorise, establish and resource one or more pilot, innovative cancer treatment centres where doctors are allowed to act in terms of the above and also decriminalise cannabis for medical treatment and industrial use.