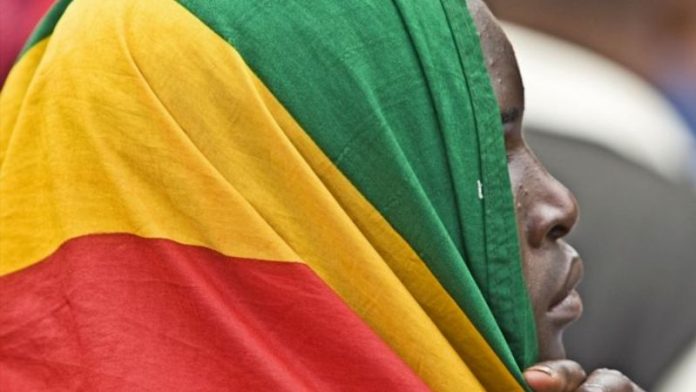 In spite of the crucial financier role the Zimbabwe diaspora played while the country suffered through its worst economic and political crises, it continues to play second fiddle in the country’s politics and has remained at the mercy of various political agendas.

Politicians have not been sincere in promoting the political influence of the vast diaspora while harnessing its potential in economic development.

The refusal and hesitancy of those Zimbabweans who are not at home to invest in their country or return home relates to how they are treated by the various political parties.

Last August, Parliament adopted the Electoral Amendment Bill, which came under heavy criticism for, among other things, denying over four million Zimbabweans in the diaspora the right to vote. There was little debate in the House of the disenfranchisement of a huge element of the total population.

Article 67 of the country’s Constitution protects the right to vote, yet the law was adopted with little fight from the opposition’s ranks in Parliament.

From the late 1990s, millions of Zimbabweans have fled Zanu-PF’s mismanagement of the economy, unbridled corruption and political violence. The opposition was targeted and terrorised, elections were stolen and white farmers were thrown off their land.

With the destruction of the agricultural base, the rest of the economy buckled.

Coupled with government’s ill-conceived policy of printing money, inflation shot up to as much as 231-million percent in 2008. It was the ordinary people who have had to endure suffering of the worst kind, including shortages of basic commodities and the collapse of health and education systems.

Exodus
Many left the country for South Africa, Botswana, Namibia, Australia, Canada, the United Kingdom and the United States.

Those with professional qualifications led the exodus. The Zimbabwe Teachers’ Association in 2010 reported that at least 45?000 teachers had left the country for greener pastures.

The Scientific and Industrial Research and Development Centre in a survey estimated that about half a million skilled Zimbabweans were resident outside the country by 2002.

The organisation said in 2003 it found that 24.6% of Zimbabwean emigrants were trained doctors, nurses or pharmacists, 23.1% were engineers or scientists and 20% were teachers.

After it became apparent that not even the formation of the government of national unity between President Robert Mugabe and the MDC factions could build confidence, the unskilled joined the great trek, willing to take up menial work in neighbouring countries.

This move left the country poorer in human resources, affecting the operations of both the public and private sectors.

Zimbabweans in the diaspora have built a reputation for being honest and hardworking, apart from having solid academic credentials.

Government now acknowledges the financial muscle of the exiles, who have cushioned their relatives back home from the harsh economic realities by providing for food, health and education expenses.

The International Fund for Agricultural Development said in 2007 the country received $361-million in monetary remittances from those in the diaspora, representing 7.2% of the country’s GDP. That figure has shot up astronomically.

Chinamasa said the financial contribution by Zimbabweans in other countries was too huge to ignore. Government, he said, would set up the Zimbabwe Diaspora Home Interface Programme, where it would involve its nationals in engagement and investment opportunities.

Since then there has been no action to develop Chinamasa’s programme.

The opposition seems to want the diaspora to fill its empty coffers, whereas Zanu-PF wants it to continue funding those at home so that it is not faced with economic catastrophe and remains comfortably in power.

Zimbabwe’s future cannot be complete if it does not take into account the role the diaspora will play in nation building and reconstructing the economy.

Consequently, the collective silence of the political parties on the crucial issue of the diaspora vote betrays their insincerity to the cause of the diaspora and their duplicity in engaging those outside the country.

Furthermore, the discourse for engaging on the issue of the diaspora is wrongly based on a single narrative, which tends to treat the diaspora as a single homogeneous mass and ignores the differences of Zimbabweans outside the country.

Not everyone who is in the diaspora was a card-carrying member of the MDC; there are many politically neutral economic migrants, most of whom are simply annoyed by Zanu-PF’s poor governance.

There are those who fled the persecution of the Gukurahundi massacre. There are also those who were and are loyal to Zanu-PF and believe reforming the party will change the course of the economy.

These differences and needs have to be acknowledged by politicians. The diaspora is not just a convenient kitty they can abuse to fund their own ends.

Zim: Now the Russians are coming too