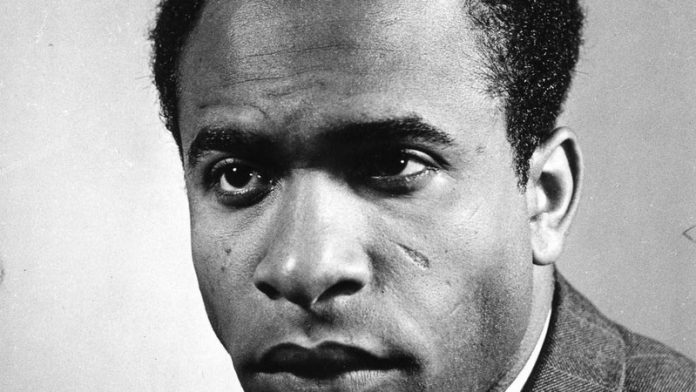 Ironically, “class” a putatively combative analytical category in the Marxian tradition, has been one of the most effective means to hide race oppression in racist and colonial societies.

This claim would surprise many because class, as a Marxist tool of analysis, seeks to identify more precisely the workings of capitalism and also to identify the social strata imbued with the capacity and interest to carry out the task of being the “grave diggers” of capitalism – those who would usher in the socialist society where suffering will cease to exist. That was Karl Marx’s fantasy in any event.

The problem is that Marx was trapped in the Eurocentric, anti- black racism of his time. This truth is part of the DNA of his philosophy. Marx’s racist, mechanical thinking on the movement of history leads him to call for the colonisation of nonEuropean worlds to hasten the march towards communist nirvana. So, the foundation of class theory is anti-black.

Class analysis needs be decolonised and subjected to anti-racist analysis if it’s going to serve black people. The hegemony of white thought has ensured the acceptance of class unquestioningly. In our universities, which are dominated by Western thought, class is seen as a scientific category, whereas race is considered a mere epiphenomena, a derivative of class, or even a non-category of “social constructionism”.

From the above, the conclusion is drawn that race does not exist. Blacks cease to exist because, as we hear, class is the fundamental contradiction. But black radical thinkers such as Frank Wilderson have shown that class cannot account fully for black suffering, which exceeds the capitalist exploitation and alienation that affect white workers.

Black suffering also includes “fungibility”, the idea that one doesn’t just sell one’s labour power as white workers do, but that one is sold as a commodity. White workers could buy themselves a black person off an auction block during the days of slavery, and they are known to have done so. This is over and above the fact that white workers benefit from the exploitation of blacks.

In South Africa, the early Afrikaner proletariat had access to the slave labour of Africans. Basically, they were workers who owned workers; the story of inboekselings – the African slaves of the trekboere – is still to be told.

Bad history
In South Africa, class reductionism has a bad history. White Marxists insisted on it as a choice weapon to avoid accounting for their complicity in black oppression. Often, the insistence on class instead of race in anti-black, racist societies actually meant the defence of the settler colony.

In South Africa this led to the bizarre situation where black people were trained to deny white oppression and say they were oppressed by an abstract, impersonal “system”, not white people.

This saw guerrilla insurgents sent back from exile at great personal risk to destroy “economic installations” and to take care not to harm white people in the process.

We ended with a war without a war when on the side of the white oppressor, the black person was the actual subject of exploitation and violent repression, as demonstrated by the occupation of the townships by the army and police, hit squads and long-term jail sentences, if not capital punishment. White oppression was personal, the Marxist response was impersonal.

There is a bitter truth to face: to be a class warrior or even a Marxist doesn’t mean one is above anti-black racism. The dramatic resignation of Aimé Césaire from the French Communist Party in 1957 shows this reality in clear terms.

At times when listening to black people who have assumed Marxism, one can’t fail to notice how their entry to the thought process requires that they deny themselves as black people.

Triad of Marx, Lenin and Fanon
Up to now difficulties of class theory have not been decisively resolved. The self-description by the Economic Freedom Fighters (EFF) as a “Marxist-Leninist-Fanonian” party presents a refreshing attempt to decolonise the anti-capitalist struggle. This triad of Marx, Lenin and Frantz Fanon is recognition that Marxist-Leninism in racist societies falls short of the task of emancipation.

We need Fanon, the black thinker of anti-racism, to keep in check the European sensibilities of the first two in the holy triumvirate.

As far as we know, it’s the first time that a political movement has explicitly expressed its ideological framework in this way.

Fanon, a student of Césaire, was to turn the Marxist schema upside down, almost as profoundly as Marx had done with Friedrich Hegel.

The EFF’s ideological innovation introduces a productive tension that may contribute towards developing a theory and practice of emancipation that reclaims class from its racist foundations and decolonises it in the service of black emancipation.

Class is too important to be left to racists to misuse at will in the defence of white supremacy.

Andile Mngxitama, an EFF MP, is co-editor of Biko Lives! to be launched on September 26, and is the founding editor of New Frank Talk, a journal on the black condition. He writes in his personal capacity

Politics, economics and transformation get lost in translation

Living on the margins of the South African dream

Told you so: Quotes on wealth, poverty, inequality and class