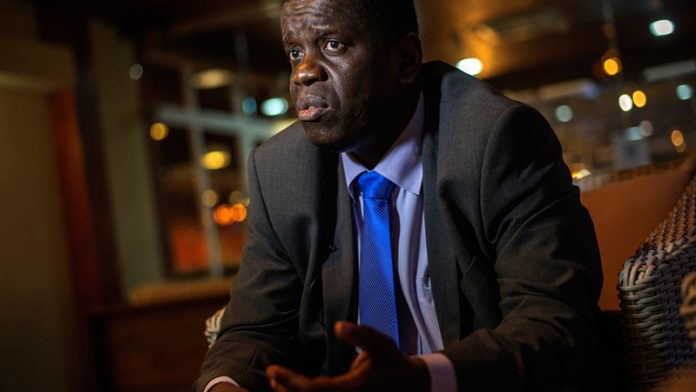 Mozambique’s upstart opposition the Mozambique Democratic Movement (MDM) on Monday vowed to take on the two traditional political heavyweights in the country by offering a non-violent alternative in polls taking place this week.

While the ruling Frelimo party and its main opposition rival Renamo have been at each other’s throats during an insurgency that has lasted nearly two years, the MDM has been quietly focusing on growing its support base.

“We are different from the others, first [of] all we don’t have the armed tradition,” said MDM leader Daviz Simango. “MDM is growing fast and [a] lot of people are surprised.”

The party has mayors in four cities, most wrested from the ruling party in key municipal polls last year. “It’s easier for us to run the country,” Simango added.

But the leader of the party formed just over five years ago is concerned that defeat in Wednesday’s election for either of his rivals could spell trouble.

“The question is if one of them loses the election, are they going to accept the decision?” said Simango. “I am worried … because we need to keep peace,” to develop the country.

He pointed out that the disarmament plan agreed to in a recent peace pact was yet to be implemented. “Renamo forces are still armed and they are going to elections with guns.”

Analysts believe the MDM could change the political landscape in this nascent energy producer dominated for decades by Frelimo and Renamo, the two sides that fought each other in a 16-year civil war.

The economy of the southern African country grew an annual average of 7% over the past decade, and foreign investors are scrambling for a slice of its coal and gas resources. Despite its booming economy, it is estimated that half of Mozambicans live on under a dollar a day.

A man of the people
Simango has been mayor of the second biggest city, Beira, for over a decade – first for Renamo and later as an independent before forming the MDM.

He fashions himself a man of the people, whose no frills door-to-door campaign has won hearts and minds among Mozambique’s poorest.

He said: “People are not happy with Frelimo [because] a lot of things are not happening … the poverty is still there.”

“The government says they are trying to bring down poverty but we still have a small portion of people becoming very rich.”

He said his party would push for reforms that would dilute the powers of the president. It also wants to see more opposition lawmakers in what has hitherto been a largely rubber-stamping Parliament.

In the outgoing 250-seat Parliament, Frelimo has 191 seats, compared to Renamo’s 51 and MDM’s eight. “The president has a lot of power.” he said. “We need to separate the political power from the justice.”

Simango is a qualified civil engineer whose father was one of the leaders of the independence Frelimo movement. He says his parents were “executed” in a Frelimo purge.

At 50, Simango is the youngest of the three presidential candidates vying for the top job in elections due on Wednesday.

Wednesday’s elections will be the southern African country’s fifth since a 1992 peace agreement halted a 16-year civil war and ushered in the first democratic elections in 1994. – AFP