Talib Kweli Q&A: ‘Nah son … the world owes you nothing’ 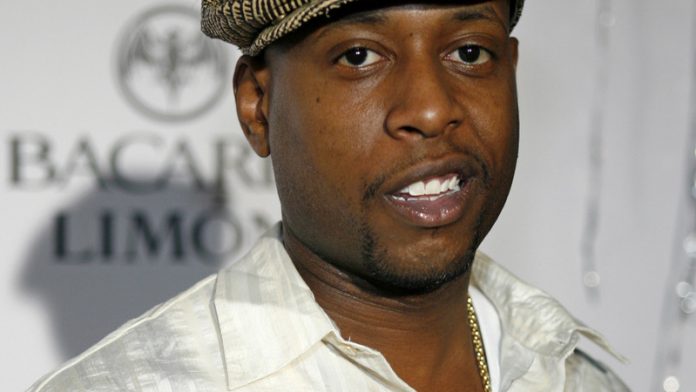 From  collaborating with local rap star Cassper Nyovest to the live TV airing of a heated argument with CNN anchor Don Lemon over the media’s coverage of the Ferguson saga, it’s hard to have missed US rapper-activist Talib Kweli in the headlines recently.

Kweli, who made his rapping debut in the mid-1990s and has collaborated with musicians such as rapper-actor Yasiin Bay (formerly known as Mos Def) and Kanye West, caught up with the Mail & Guardian via email ahead of his two-day Jo’burg shows.

1. You flew down to Ferguson, Missouri, to be part of the protests that erupted following the killing of Michael Brown in August. Can you tell us more about that and what your thoughts are about what happened to the teenager?

It’s clear to me that Michael Brown was an unarmed teenager who was shot multiple times and killed by an officer sworn to protect – not kill – innocent citizens. It’s clear to me that race is a factor here because this doesn’t happen to white kids in America. It’s clear to me that part of the police’s job is to criminalise people of colour to either justify sending us into profit prisons or to justify killing us off. I speak in depth about my experience in Ferguson in this piece.

2. Over the last few years, there have been incidents in South Africa where people – black men – have died allegedly at the hands of the police. What is your view on the state of the black body in society today?

Yasiin Bey said 20 years ago: “The length of black life is treated with short worth” [in the song] Thieves in the Night. Griots, singers, poets have been documenting the history of our abuse for hundreds of years. This is nothing new.

3. In 2000 you and Yasiin Bay worked on the Hip Hop 4 Respect project to speak out against police brutality (linked to the shooting of Amadou Diallo, an immigrant from Guinea shot by New York City police) and 14 years later there’s Ferguson. How do you feel about this? Has much changed?

4. Your lyrics, since your Reflection Eternal days to more recently your Prisoner Of Conscious album, have always addressed social ills, and now you’re speaking on Ferguson. How are you welcomed in society as a cultural activist?

I make my mark on society by focusing on my craft. Regardless of what I say on my records, even those who disagree with me have to show respect for the dedication to the craft. The work I’ve put in has become my legacy, I can’t shun or run from it.

5. You’re back in South Africa after less than a month. This time you’ll be deejaying too. What can people expect from your shows?

I’ve been messing around deejaying for a few years now. I am more of a curator than a DJ. There are DJs who work at it nightly, those are the real DJs. But I know my music and I intend on providing a great experience. I play music that makes you dance.

I will be with the Berlin Boyz at Elevate Rooftop Monday night. It will be good times. On Tuesday, I will be performing a full set at the Hard Rock [Cafe] with DJ Kenzhero. Kenny is internationally known and respected and I like his style of deejaying, so he will also do a set before my show. I rock with South Africa in general, but Johannesburg has provided me with the most opportunity to perform and connect with people.

6. You featured on Cassper Nyovest’s Doc Shebeleza remix on your last trip. Are you tapping into the SA music scene?

I am not as knowledgeable about the South African music scene as I would like to be. I wasn’t familiar with Cassper before my last trip. We had a mutual friend, Ginny Suss, who linked us together and suggested that we film a trip to Soweto for OkayAfrica.com. It was a great idea and I had a great time learning about South Africa’s rich contributions to the world.

There were a bunch of children on field trips to Nelson Mandela’s home and when they saw Cassper, they lost their minds. It was like he was Michael Jackson and The Beatles. When all of the children began to sing Doc Shebeleza in unison, we recorded it. Cassper suggested I jump on the remix at that point. It was a no-brainer.

7. Can we touch on your recent Lauryn Hill article? In it you take on the white writer Stefan Schumacher for his stance on the singer’s career. You criticise “people from outside our community [who] tell us how we feel”. Could you elaborate on that?

The writer of that Lauryn article called himself a part of her dedicated fans. But the article was so creepy, entitled and mean-spirited that I challenged that notion. In the article, he writes: “Lauryn Hill was a great artist. She’s not any more and it’s time we stop holding her in that regard”.

If he was talking about himself, I would have no issue. But he said “we”. The beautiful art Lauryn Hill has contributed to the world has made it a better place, regardless of whether she shows up at another show ever again.

Lauryn’s cultural impact extends far beyond my annoyance or hurt feelings or wishes that she would make another album. Her cultural significance, especially in regard to pushing back against racism and sexism, can never be denied. So I’ll be damned if I let some white male writer tell me it’s time for us to stop caring about her. Why would you stop caring about anybody?

8. Recently white South African artist Brett Bailey’s “human zoo” exhibition, which featured the re-enactment of our slave past, drew criticism and was shut down in London. What are you thoughts on white artists/writers like Schumacher or Bailey dealing with subject matter perceived to be “black”? And how does freedom of expression come into play?

I haven’t read enough on the Brett Bailey situation to comment, but on the surface it sounds like a horrible idea. However, I need to dig into it before I can truly comment. In regard to Schumacher, his entitlement issues were crystal clear to me. He felt like Lauryn owed him something because he bought an album or had been to a couple shows. Nah son. It doesn’t work like that. The world owes you nothing.

Talib Kweli will be the DJ at Elevate Night Club on Monday, October 20 at 9pm and will perform at the Hard Rock Cafe in Sandton on Tuesday, October 21 from 7pm.

This interview has been edited for clarity.