The dying abroad of African leaders 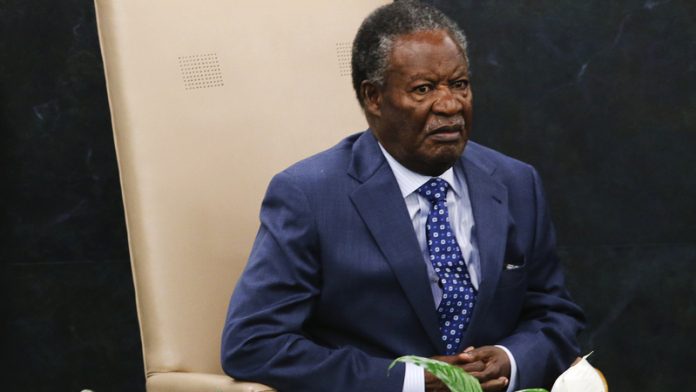 Since he assumed power in 2011, President Michael Sata’s health had degenerated, his illness dates back to 2008 when he collapsed and had to be evacuated to South Africa’s Milpark Hospital.

Concerns about his health have been met with vehement denials, laced with accusations of treason. Of alarm was the manner in which Sata was being carted around to South Africa, India, United Kingdom and Israel – in secret – disguised as official trips, when he was so evidently unwell.

Zambian Vice-President Guy Scott, then vice president, told Parliament that Sata was ‘entirely normal’ even when the president, looking and sounding frail, floundered his way into Parliament recently and failed to finish his opening address. Zambians were shocked to learn the next day that he had been flown to attend the General Assembly of the United Nations in New York.

Even when Sata had all but disappeared from the public eye and apprehensions about his health mounted, Minister of Foreign Affairs Harry Kalaba and other government officials peppered the government controlled media with statements saying “the opposition leaders questioning the health of President Sata are malicious”.

“Sata will outlive his enemies that wish him dead”, “President Sata is enjoying the best of his health”.

Only recently, when it became evident that the public could no longer be pacified with platitudes and the belligerent on line media were keeping close tabs on Sata, did his office issue a terse statement (for the first time) that he travelled to the UK to seek medical treatment, where he subsequently died on October 28. No cause of death, just an announcement that Zambia was again without a president.

Civil rights Activist Brebner Changala and opposition United Party for National Development (UPND) had been chastised by the government and the Patriotic Front (PF) party faithful for daring to petition the Zambian high court to institute a medical board to assess the health of the president. A provision that is established in Article 36 of the Constitution of Zambia.

Sata knew about this action and defiantly responded rather feebly in parliament “I am not dead”. The courts have been reluctant to deal with this matter fearing a backlash from the volatile PF cadres who have responded to talk about their president’s health with threats of violence.

The irony is that while in the opposition, Sata demanded a medical board be constituted for fourth president Levy Mwanawasa whom he called a “cabbage” for his speech impediment, which was the result of an injury sustained in a 1992 car crash.

Like Sata, Mwanawasa suffered poor health and was also secretly and periodically flown out to South Africa and the UK for treatment. Sata said at the time, that the nation “was entitled to daily medical bulletins on the state of its President”, because the well-being of the president was a national issue. In other instances Sata said the lack of information on the resident’s sickness affected the entire country. “In Bemba we say, ubulwele bwa mfumu li tensha chalo (when a chief is sick it affects the whole nation). So they can’t keep our president’s sickness as a secret.”

After Mwanawasa suffered a stroke and was hospitalised in France (where he subsequently died), Sata questioned the official claims about the former president’s health, and called for a team of doctors to be sent by the Cabinet to examine Mwanawasa and disclose the late president’s actual condition.

Zambia now has the dubious distinction of having two sitting presidents suffer ill health in silence and finally, die abroad. This fact is not lost on the opposition who now see another early, unexpected shot at the presidency. Already there are calls for medical reports as a pre requisite for presidential candidates, but that is not the point.

It is an indictment on Zambian leaders who refuse or neglect to provide good healthcare for their citizens, while they speedily travel abroad to seek appropriate treatment, leaving their electorate to suffer the almost nonexistent health care provisions.

The Zambian Ministry of Health has a committee that decides which patient can be sponsored by government for treatment abroad – usually in South Africa, but lately India has been seen as a cheaper destination. But there is a long waiting list of desperate Zambians and the committee does not always follow the recommendations of the doctors, it instead uses other considerations like political connections, to choose who gets sent out of the country.

The ministry of Health refuses to disclose the names of beneficiaries of outside treatment citing confidentiality and in the same vein, does not to tell the Zambian people just how much the tax payer is forking out for medical treatment abroad.

Zambia has a crumbling health infrastructure, out of about 2 000 health posts there are only three tertiary health institutions that should ordinarily provide high level medical care, but these face constant shortages of staff, essential drugs, long waiting lists for basic surgical procedures and overcrowding in the wards. In spite of repeated campaign promises by successive presidents to improve the health sector, the situation has deteriorated and is buffered largely by the support of co-operating partners and charities.

Of course Zambia is not the only country to have woken up to learn that their president has secretly died in a foreign hospital. There is Ethiopian leader and Prime Minister, Meles Zenawi. Initially, there was little said about his illness, but later it was revealed that he died in a hospital in Brussels, Belgium at age 57, while undergoing treatment.

In January this year, President Malam Bacai Sqnhq of Guinea Bissau died in a Paris hospital. He had been flown to France, after taking ill with suspected diabetes in November of 2011.

Then there was the fiasco after death of Nigeria’s Umaru Musa Yar’Adua in 2010.  After many absences for treatment abroad, he was finally flown to Saudi Arabia on November 23 2009, having been diagnosed with “Acute Pericarditis”, (an inflammatory condition of the coverings of the heart).  His return to Nigeria was shrouded in secrecy until his death.

In all these instances, it has been the same; countries with poor health infrastructures, secrecy around the health of leaders – who even on their sick bed refuse to relinquish power – and choosing the best medical treatment that money can buy for themselves leaving their citizens to the vagaries of a poor health system.

As Zambians heads towards polls scheduled to be held in 90 days, these are things that will be  on their minds;  the government’s lies and obfuscation on the subject of Sata’s  health, the fact that their taxes were spent on secret health missions to destinations they themselves are not able to access.

The public’s trust in government has been undermined and to some degree, the country’s political security has been endangered. Should the PF not win the upcoming election, it will be no one’s fault but their own.

Zambians go to elections amid turmoil. What’s at stake