US bigwigs blast Netanyahu as ‘chickenshit’ 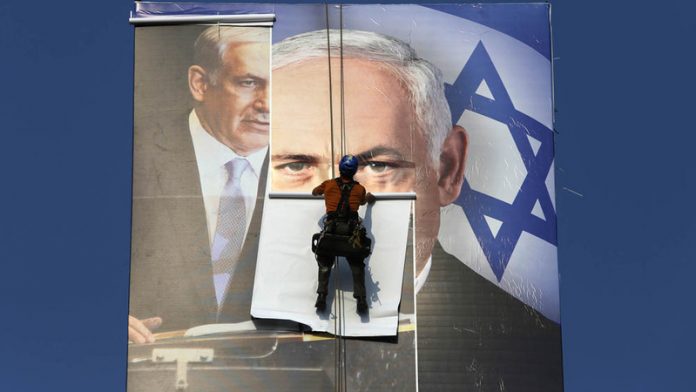 Relations between the United States and Israel have plunged to new depths of bitterness and hostility as senior officials in the Obama administration decried Benjamin Netanyahu as a “chickenshit prime minister”, “coward” and a man more interested in his own political survival than peace.

The furious assessment, delivered in anonymous but no-holds-barred comments during an interview with American journalist Jeffrey Goldberg, underlines a state of anger with Netanyahu that is characterised as “red hot”.

The remarks are particularly telling in having been made to Goldberg, a Washington insider who has interviewed both Barack Obama and Netanyahu and who warned that US-Israeli relations were in a “full-blown crisis” that could only get worse after the midterm elections.

The comments underline the dismal state of relations between the Obama administration and Netanyahu after a series of damaging announcements by Israel regarding its determination to push ahead with settlement-building in occupied East Jerusalem and the West Bank.

The temperature of relations plunged again last week when Israel’s defence minister, Moshe Ya’alon, was pointedly snubbed by senior administration officials during a visit to Washington, which itself followed a public warning from the White House that Israel risked alienating its “closest allies”.

“The thing about Bibi [Netanyahu’s nickname] is, he’s a chickenshit,” said one official quoted in the Atlantic magazine. “The good thing about Netanyahu is that he’s scared to launch wars. The bad thing about him is that he won’t do anything to reach an accommodation with the Palestinians or with the Sunni Arab states.

“The only thing he’s interested in is protecting himself from political defeat. He’s not [Yitzhak] Rabin; he’s not [Ariel] Sharon; he’s certainly no [Menachem] Begin. He’s got no guts.”

In a more diplomatic and public statement on the recent settlement announcements, US National Security Council spokesperson Alistair Baskey insisted the US would continue to criticise Israel.

“There are times when we disagree with actions of the Israeli government and we must raise our concerns, such as our concerns about Israel’s settlement policy,” he said. “We raise these concerns as a partner who is deeply concerned about Israel’s future and wants to see Israel living side by side in peace and security with its neighbours.”

In comments designed to further sting Netanyahu, another official suggested the White House no longer believed Netanyahu would launch a pre-emptive strike on Iran to prevent it from obtaining nuclear weapons.

‘Too late’
“It’s too late for him to do anything,” the official said. “Two, three years ago, this was a possibility. But ultimately he couldn’t bring himself to pull the trigger. It was a combination of our pressure and his own unwillingness to do anything dramatic. Now it’s too late.”

The comments are the latest in a series of high-profile spats between Washington and Netanyahu’s government. Relations began their sharp decline when Ya’alon accused the US secretary of state, John Kerry, of being “obsessive and messianic” in his pursuit of a peace deal between Israelis and Palestinians.

Responding to the remarks in the Atlantic this week, Israel’s far-right economics minister, Naftali Bennett, used his Facebook page to call for Washington to renounce the comments. He wrote: “If what was written [in the Atlantic] is true, then it appears the current administration plans to throw Israel under the bus.

“The prime minister is not a private person but the leader of the Jewish state and the whole Jewish world. Such severe insults towards the prime minister of Israel are hurtful to millions of Israeli citizens and Jews all over the world.

“Instead of attacking Israel and forcing it to accept suicidal terms, it should be strengthened. I call on the US administration to renounce these coarse comments and to reject them outright.” – ©?Guardian News & Media 2014