Capital is the real test for Barclays 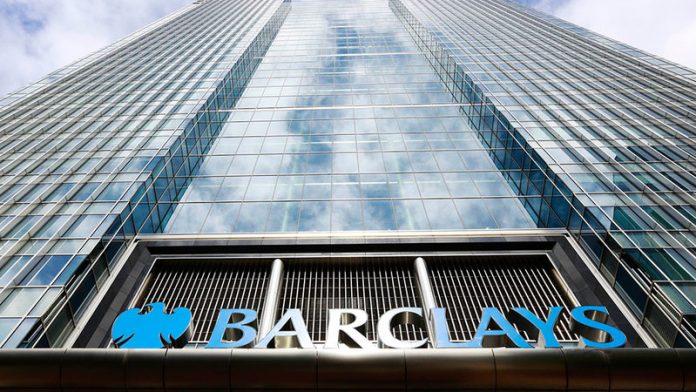 Barclays, the majority shareholder in Absa, breezed through the European Banking Authority’s stress test. The bigger challenge lies at home.

Under new Bank of England (BoE) draft rules to be announced on Friday, Barclays is expected to have the largest capital shortfall among the United Kingdom’s major lenders, according to analysts at Morgan Stanley, Deutsche Bank AG and Sanford C Bernstein.

That could threaten Barclays’s plans to raise its dividend, require it to shrink its investment bank or speed up its asset sales, the analysts said.

The BoE is preparing a much broader measure than the European Banking Authority used, focusing on banks’ leverage ratio, or how much equity capital they must hold against their assets.

That could be particularly difficult for Barclays chief executive officer Antony Jenkins because the leverage ratio doesn’t let banks weight their assets according to risk to reduce their capital needs.

Its investment bank, which historically has generated a greater ­percentage of Barclays’s profit than its peers, is affected by this in a way that other British lenders aren’t.

“Barclays appears more likely to be constrained by the leverage ratio than other UK banks,” said Chris Manners, an analyst at Morgan Stanley.

“If capital requirements are harsher than expected, it could lead to faster risk-weighted asset shedding and impact on revenue or lower dividends.”

Giles Croot, a Barclays spokesman in London, declined to comment on the impact of the leverage ratio. The bank reported its third-quarter results on Thursday, the day before the BoE is due to outline its proposed leverage rules.

British regulators are demanding larger capital buffers to make bank failures less catastrophic after the nation’s financial system had to be propped up by about £1-trillion in 2008 and 2009. The BoE said in July that systemically important banks must boost their leverage ratios above the minimum 3% level mandated by the Basel committee on banking supervision. Barclays, Britain’s second-largest bank by assets, last year raised £5.8-billion from a share sale to increase capital and set up a bad bank in May.

At the end of this year, London-based Barclays will have a 1.8% capital gap, about £24.1-billion, assuming it maintains a total leverage ratio of about 55, Manners said in a note last month.

That compares with a shortfall of 0.8% for the Royal Bank of Scotland Group (about £7.6-billion), 0.6% for HSBC Holdings and 0.3% for Lloyds Banking Group.

“What is being said on Friday I’m pretty sure will bite,” Lloyds’s chief financial officer George Culmer said earlier this week. “When you look at where some of our peers currently are, that will have an immediate impact, one would have thought, on pricing [of banking products such as mortgages]”.

The European Banking Authority on Sunday released findings of stress tests modelling how banks would fare in another financial crisis. Barclays passed the toughest scenario with a stressed, common equity tier-one ratio of 7.1%, a measure of banks’ holdings of the highest-quality form of capital. The bank beat RBS and Lloyds, which had equivalent capital levels of 6.7% and 6.2% respectively. The lenders face a tougher version of the exercise from British regulators in December.

“Barclays is the biggest UK broker-dealer and has a large fixed-income balance sheet that gets hammered by the leverage ratio,” said Chirantan Barua, a London-based analyst for Bernstein. “Meeting leverage standards could pose significant risks to the feasibility of the entire broker-dealer model itself.”

Barclays shares are down 19% this year, the second-worst performance of major British lenders. Even so, shareholders have received two one-penny-a-share dividends so far in 2014. Lloyds and RBS, both taxpayer-owned after state bailouts, don’t pay dividends.

“There are understandable questions among some investors we talk to about the virtue of over-distributing earnings against the backdrop of a need to build the leverage ratio,” said Jason Napier, an analyst at Deutsche Bank. “However, we believe the dividend is more important to the firm than the extra regulatory capital that cancelling it would generate.”

Deutsche Bank sees a Barclays dividend of 6.5 pence a share for 2014 and 2015 “despite significant assumed legacy costs” relating to conduct issues such as mis-selling payment protection insurance in the UK. Jenkins said on July 30 he remained committed to his dividend policy and would like to increase payouts “at some point.”

Barclays should be able to plug its leverage hole by 2017 without resorting to issuing new equity by selling assets from its noncore division, said Ian Gordon, an analyst at Investec in London.

Jenkins set up a £115-billion bad bank in May to dispose of holdings such as complex, long-dated derivatives from the lender’s fixed-income, currencies and commodities unit, which are especially taxing from a regulatory perspective, he said.

“Problems could arise if the regulator does something exceptionally stupid and imposes an unreasonable hike in the ratio as well as an unreasonable time frame to implement it,” said Gordon.

Last year, the BoE’s prudential regulation authority took over the role of monitoring banks and ran a capital review of the industry. Under the test, which modelled the effect of fines and asset losses, Barclays was found to have a leverage ratio of 2.5%, less than the 3% threshold to pass the test.

As a result, the prudential regulation authority ordered Bar­clays to speed up plans to increase its capital, which resulted in a rights offer and an acceleration of its asset-reduction efforts. Nationwide Building Society was the only lender with a lower leverage ratio in the BoE test last year.

Jenkins has said he remains committed to reducing the size of the securities unit and overhauling the bank’s culture after the London interbank offered rate-rigging scandal cost his predecessor, Robert Diamond, his job.

“If you look at Barclays, where they are today and where they need to be in the new regulatory regime, they will struggle ultimately,” said Laurent Frings, co-head of Europe, the Middle East and Africa credit research at Aberdeen Asset Manage­ment, who helps to manage £100-billion in fixed-income assets.

“Barclays’s business model is not one that is favoured by the regulators – they’re really trying to make them a better-behaved and safer bank.” – © Bloomberg

Despite sustained attacks from banks in the forex hearings, the Competition Commission remains confident of its case
Read more
Business

Keep an open mind on the land debate: Maria Ramos

"Earlier this year, the commission brought a case against 17 major local and international financial institutions for collusion"
Read more
Advertising
Continue to the category
Education