Fresh outbreak of Ebola in Sierra Leone a major setback 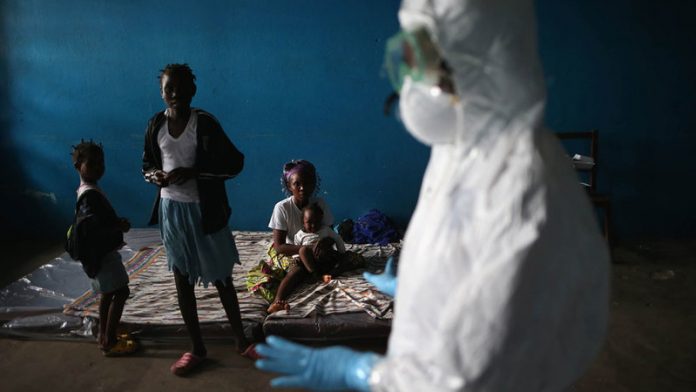 A fresh outbreak of Ebola in a part of Sierra Leone where the virus was thought to have been contained has raised fears of a new, uncontrolled infection chain that could send the death toll soaring.

A Red Cross ambulance team was sent urgently to the remote district of Koinadugu, which had prided itself on being the only area to have kept Ebola at bay, on Tuesday to collect 30 corpses for medical burial.

The outbreak is a major setback for the Ebola response force and the district, which two weeks ago remained resolved to control the spread of the virus that has officially infected 5 338 people and claimed 1 510 lives in the country.

Koinadugu has been operating a self-imposed quarantine for four months, thanks to the intervention of an expatriate businessman, Momah Konte, who returned from Washington and worked with local officials and tribal chiefs to try to prevent the spread.

The Red Cross said an emergency burial team had made the five-hour journey from Freetown to collect the bodies in the Nenie chiefdom east of the district is capital Kabala.

A spokesperson said there were reports of another 25 ill with Ebola and 255 being monitored after coming into contact with the dead and the sick.

Across borders
The district, which is home to more than 260 000 people, borders on Guinea, where the current outbreak started.

It is populated by many remote villages and the movement of traders and farmers is difficult to control.

The disease is widespread in the nearby districts of Bombali and Port Loko, where the Ebola response has been hampered by lack of resources. There are no treatment centres in either district.

There were local reports that Ebola had been brought to the Koinadugu district by an infected man who had travelled to the eastern province of Sierra Leone for a funeral.

The national Ebola 117 hotline said it was getting reports of four cases a day from the district, which is about five hours from Freetown.

The fresh outbreak comes a few days after a presidential visit to the neighbouring district of Port Loko, where bodies were left in houses and on verandahs for days before the Red Cross collected them nine days ago.

A Cuban medical team had been on standby for weeks in Freetown to operate a new clinic in Port Loko but its opening was delayed after an unconnected nongovernmental organisation pulled the plan to manage it. – © Guardian News & Media

With the closure of schools, learning has moved to online platforms across the world, but a UNESCO report said only 12% of households in the least-developed countries have internet access at home
Read more
Africa