Africa must take pride of place in higher education 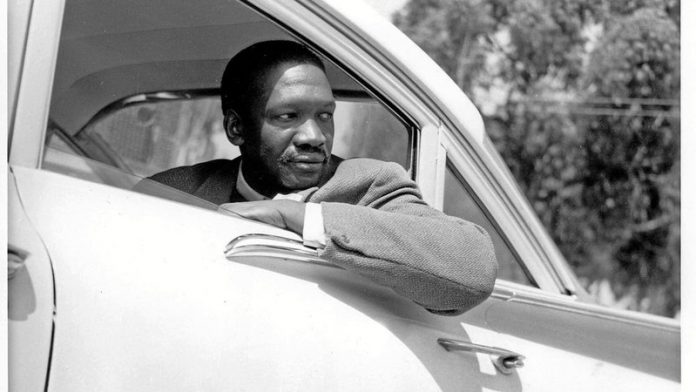 I listened intently when Unisa launched its Vision 2030 last month – a vision that will see this largest of South African universities transform into “an unapologetically African university”, among its other aims. This, it was announced, will mean that servicing students, research and community projects will be influenced by an African ethos.

Africans should, indeed, seriously think about establishing institutions that will be responsive to local African challenges if they are to be successful, unsurpassed global institutions. The time has arrived for Africans to reflect their stories, histories and languages in the higher ­education curricula.

Twenty years after democracy, the transformation of South African universities has been very sluggish, with cynics “demonstrating” the impossible nature of Africanising knowledge in our institutions. It is unfortunate to note that universities have been deliberately silent on, if not dismissive of, African curricula.

Many institutions fail to rise beyond the language debates, with some questioning the Anglicisation of former Afrikaans universities or the introduction of African languages in former English universities. Others, still, question the role of Afrikaans in nation-building initiatives. Many of these debates are mundane when we still have to look at the bigger picture and the question of how we do, and we can, Africanise our university curricula.

There are many thinkers who are muting or sidelining voices that rise in support of Africanising institutions because these voices speak of an “unknown, untested” world. Scintillating voices are obfuscated, usually by the less informed. Intellectualism is killed by academics who frequently think they are the vanguard of knowledge.

Ivory towers
Many intelligent community members feel marooned from, and alienated by, higher education institutions that continue to assume their traditional roles as ivory towers. As long as universities repel African society they will never attain the goal of being real African institutions.

Robert Sobukwe once spoke of the need for education to be of service to humanity; that those in educational institutions should be “an embodiment of our people’s aspirations. And all we are required to do is to show the light and the masses will find the way.” Our institutions are not doing this because their curricula alienate graduates from the needs of their communities.

First, there is a need to expand the pan-African ideal in Africa and the diaspora. The need to share cultural and historical awareness, economic co-operation and intellectual independence will lead to the idea of African unity. Eurocentric paradigms are so indelible in higher education that we will need a vociferous African voice to disprove the myth of the “archaic” nature of African thought that our communities have internalised over the years.

Second, we need some form of intellectual revival, because our intellectuals fail to see beyond what they were taught. Having been schooled in the West, they argue that Africanising institutions is a nonstarter because African languages are not amenable to higher education knowledge. Institutions of higher learning still shy away from indigenous languages. One frequently finds students who study from year one to doctoral level but who speak no African language. Numerous professors still find indigenous languages a waste of time.

Intellectual revival is about embracing the African renaissance ideal and the reality of being in Africa. African academics should question their agenda if they do not feel the need for an intellectual revival. Ways of seeing students should change. In an age of constant change, for instance, some talk about the need for models based on so-called “heutagogical” principles – that is, models that entail students leading their own learning. For this to happen, students need to be mature and academics also need to be strong in their professional disposition.

Mis-education
Third, in a globalising world, we need to magnify Africa’s role. African universities should reflect Africa’s cultures, identities, languages and histories in their curricula. The Nigerian academic and poet Chinweizu talks about the mis-education of people in African institutions. He points out that language is critical in any culture and when you train people in a language that is not theirs, you have not trained them for their culture.

Again, so pathetic is the situation in many higher learning institutions that students learn their own indigenous languages in English and Afrikaans. Hidden in this is that the indigenous languages will only be important within the confines of another culture and another language.

The African renaissance agenda will be incomplete if higher education institutions avoid some of these truths. Currently, transformation efforts tend to be marginal in higher education. The paradox among those who normally harp on that education standards would decline if Africanisation is introduced is that they are silent about the flaws in our current systems. Frequently, we do not have solutions to these problems. We need institutions that will respond to unemployment, disease control, self-reliance, violence and food security in our society.

The steps to an African university, though, should begin much earlier. Schools should prepare pupils to live in both an African landscape and the world. The architects of school curricula need to seriously consider modes of strengthening African ways of life. This sounds almost impossible because it might require so many teachers to be re-educated. Yet the quality of African scholarship at universities can only be sustained if there is an intentional and gradual process in schools to emphasise the African.

Among other initiatives, schools should ensure that African languages are prioritised. This needs to start with communities, though, because in many instances parents want their children to learn in languages other than indigenous ones. To effect change requires the input of various role-players in education. Serious and complete Africanisation of institutions needs the involvement of all.

The introduction of an African university is the culmination of the liberation struggle and the beginning of the construction of a new Africa. When we do not develop African universities we are stunting the growth of the outside world. Again, it was Sobukwe who pointed out that opponents of what is African hamper the progress and development not only of Africa, but also of the whole world.

Professor Vuyisile Msila is the head of Unisa’s Institute for African Renaissance Studies. His views do not necessarily reflect those of the institute

How to survive postgrad: Survival tips from postgraduate students

Mantashe and militant student protesters agree on university shutdowns, but this is the last thing Africa needs

Varsities need cash to stay ahead: South Africa has too much to lose from cost cuts