Seleo clock up the air miles 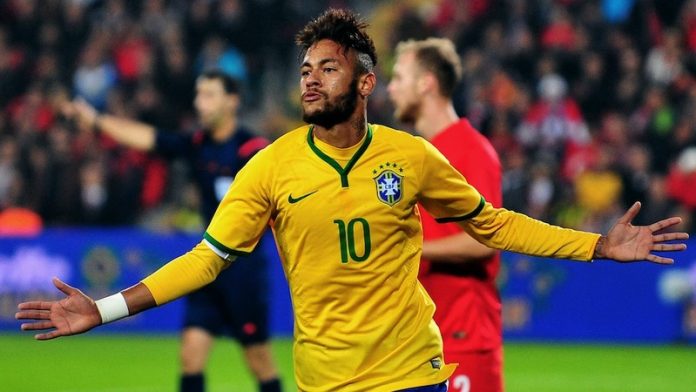 On the busy avenue in front of the swanky Wyndham Istanbul Kalamis Marina Hotel in the Asian part of Istanbul this week, a black car pulled over. Brazil’s Neymar jumped out. Tino Marcos, a well-known Brazilian journalist, tried to ask a question. With a smile, Neymar gave a shrug of his shoulders and moved on.

Brazil’s boy wonder sported a curly beard, a bit like United States basketball star Lebron James. Surprisingly, he was not accosted by fans.

The scene was different two days later. Afif Jawhary (24) had flown to the Turkish capital from Lebanon to watch Turkey host Brazil. He lingered in the lavish, silver hotel lobby, hoping to get Philippe Coutinho’s and Neymar’s autographs. He got neither. In a throng of admiring Turkish fans, the Liverpool player walked past him, making his way to practice. Pandemonium ensued when Neymar appeared.

Jawhary was wearing a yellow training vest with five green stars on the back, symbolising Brazil’s number of world titles. They also highlight the global attraction that Brazil still holds for football aficionados.

Brazil and excellence in football have always been synonymous. An American satellite beamed the 1970 Mexico World Cup final between Italy and Brazil to a billion households in colour. Carlos Alberto Torres’s spectacular goal became part of the audience’s imagination.

Apogee
“The Brazilians at their finest gave us pleasure so natural and deep as to be a vivid physical experience … it was the apogee of soccer,” wrote Hugh McIlvanney in his match report for the Sunday Times on June 21 1970. The idea of a global Brazilian team was born.

Sportswear manufacturer Nike translated that idea into a brand in the 1990s. Ronaldo and Romario juggled their way through a busy airport in a flashy commercial to the scorching tunes of Mas que Nada. Nike’s proposed dream team failed, however, at the 1998 World Cup.

Ricardo Teixeira, then boss of the Brazilian Football Confederation (CBF), ensured that the commercial trend continued. He wanted to make the Seleção his very own money-making franchise. Swiss-based company Kentaro also wanted a piece of the cake and teamed up with him. Kentaro organised a carnivalesque training camp for Brazil ahead of the 2006 World Cup in the Alpine village of Weggis. Fans were sometimes charged $100 for a ticket to watch.

Kentaro sent Brazil to Dortmund, Boston, Doha and Libreville to entertain Turkey, Mexico, England and Gabon respectively, but the happy marriage between the CBF and the Swiss group did not last. Teixeira decided the time had come to join forces with a new partner and Sandro Rosell, then president of FC Barcelona, introduced him to ISE, a Saudi Arabian company backed by the secretive al-Barakat group.

The Folha de São Paulo> newspaper managed to get its hands on the contract and disclosed a curiosity: ISE paid the CBF $805 000, 32.6% less than what Kentaro had offered the CBF for a contract renewal. ISE delegated the responsibility of executing the contract to British-based Pitch International.

Pitch International now deals with the entire organisation of Brazil’s friendly matches: from production for the Globo TV network to sponsorship and, more importantly, as it states on the company’s website, opponent selection. The company has the right to do so until 2022.

In the post-World Cup era, Pitch International has catapulted the Brazilians into a stratosphere of global entertainers. They have racked up more than 54 598km (calculated from São Paulo), playing in Miami, New York, Beijing and Singapore.

In the Far East, coach Dunga vented his dissatisfaction with the organisation of the friendlies. His predecessor, Luiz Felipe Scolari, also alluded to the set-up by Pitch International when he spoke about the problematic travel times to the Far East and the corresponding time difference in 2011.

The players seem less concerned. “Playing against adversaries [everywhere] is good,” says Coutinho. “You gain experience and your football evolves.”

Willian, of Chelsea, echoes his colleague’s political correctness or demonstrates the same lack of awareness. “Brazil always plays well in every corner of the world and receives the adulation of the fans,” he says.

For Chade, Pitch International is a clone of Kentaro. “[They] sell a product, the Brazilian team. You maximise the image and the profit of the team. The major problem is that we don’t know what goes on behind the scenes with the contract of the Brazilian team. Brazil is a public good but it’s run by a private company.

“That’s the divide between who the team is and who makes profit with it,” Chade says. “It’s the hijacking of emotions – your emotions, my emotions – and transforming it into profit.”

On match day, Jahwary passionately cheered the Brazilians from the stands of the Sukru Saracoglu Stadium. He didn’t know that his emotions had become a commodity. The following day his heroes jetted off to Vienna for their next game against Austria.