We celebrate #knockout as a blow to racism 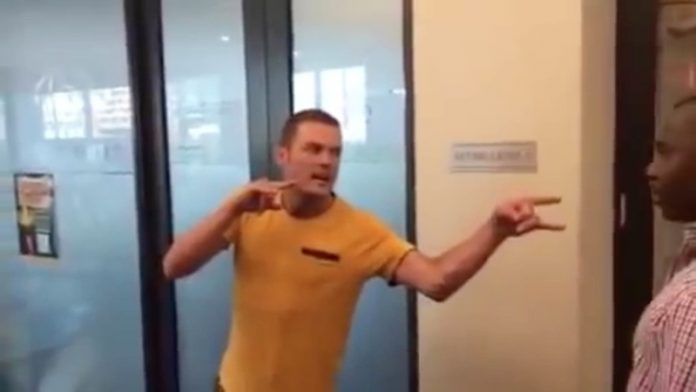 Let’s call him #knockout. Muhammad “The Greatest” Ali would have been proud of the Sea Point knockout video that went viral this past week. It made many black people very proud of being black. Temporarily, whiteness went down and begged for mercy.

A single, clean, curt move knocked whiteness to sleep, crying: “Who is a kaffir? I will knock you out!”

You could almost feel the millions of black sighs of relief. Here was a black man who stood up for all of us – the wretched of the earth.

The #knockout became an accidental Zorro for black people. We all know the masked character, clad in black, who comes from nowhere to free the people from bullies. Though the messianic Zorro complex is correctly criticised for its frequent undermining of the agency of the oppressed, it is also true that such heroic acts can inspire the oppressed to be like Zorro.

Looks like South Africa is entering this phase. Is this an answer to individual acts of antiblack racism?

South Africa is a racist country, where black people suffer both structural and individual acts of racism on a daily basis. To be black means one has to steel oneself for the reality of insults at work, being overlooked for promotions, blocked from entering certain bars, random assaults on the road and on farms. Standing black before the criminal justice system means you are operating on the basis of the principle of “guilty until proven innocent”.

Ending structural racism is dependent on ending white supremacy, which is basically how the modern world is organised – as an antiblack reality that goes beyond the economic question to the symbolic. That’s why even Oprah Winfrey, with her billions of dollars, found herself treated as a criminal suspect. That’s being black in the world – not even money can protect you from racism. As Frantz Fanon says, blackness is “determined from without”.

How do we fight individual acts of racism? Is an immediate response such as that of #knockout justifiable?

Individual acts of racism will continue as long as there is structural racism. Yet, as far as the everyday interactions of antiblack racism go, they should become an expensive undertaking. There must be consequences for racism, and these consequences can only be realised if blacks act decisively.

Such acts have the temporary palliative effect of restoring black dignity. Fanon’s theses on the curative effects of violence on the psyche of the colonised has largely been avoided by the academy, but they need to be faced unflinchingly. He claims that “violence is man re-creating himself”. Steve Biko, following Fanon, argues that in a racist society the black man is not a man but a shell, someone who has lost his personality. The question then is: What is the individual responsibility of re-creating the self?

Many black revolutionaries have attested to this moment of total liberation at the point of battle, giving credence to the claim of the cathartic properties of violence against injustice.

A white person calling a black person a “kaffir” invokes the powerlessness of blackness in the face of whiteness. It’s the ultimate expression of white power.

“Kaffir” itself has an interesting etymology, as explored in the new film by Aryan Kaganof, Black Skins Wits Masks. It deals with the experiences of black students at Wits University while exploring the k-word. Strange thing about the journey of kaffir is that it denoted nonbeliever in the Muslim world and generalised to mean black policeman who protects white supremacy during colonialism. A kaffir therefore is such a self-hating black who would kill his own in defence of whites. Ironically, this makes neocolonial countries such as South Africa countries ruled by kaffirs. The Marikana massacre is an instance of kaffir rule.

Whites are embarrassed by the public use of the k-word. It’s as though their secret is being displayed for all to see.

Hence their complaints to the Broadcasting Complaints Directorate of South Africa against Arthur Mafokate’s popular song Kaffir, which has been banned in “post”-apartheid South Africa – as demanded by whites.

Is this not the height of irony? The word kaffir is a weapon in whites’ hands, a projectile that can be thrown at the souls of black people at will, cutting us down to the level of the subhuman.

So #knockout’s response to being called a kaffir is a justifiable response to the violence carried by the word.

Whites should stop poking the lion

What’s wrong with the TRESemmé advert?

Is ‘fine and flat’ a compliment or an insult? Depends who you ask...
Read more
Opinion

COMMENT: Clicks - or some of its employees - demonstrated culpa, not dolus
Read more
Opinion

These three common responses to racism must be deconstructed until something ... clicks
Read more
Opinion