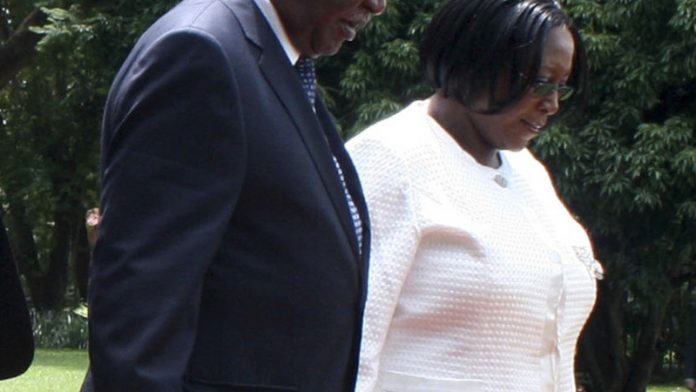 The battle for Zambia’s presidency became even more of a family affair on Wednesday with late leader Michael Sata’s widow joining the race to become the ruling party’s candidate.

Christine Kaseba joins Sata’s stepson Mulenga and his nephew Miles Sampa, who have also declared themselves in the running to be the governing Patriotic Front’s candidate. The country is set to go to the polls on January 20.

According to private radio station – Radio Phoenix, Kaseba said she was still mourning Sata, who was buried last week, but the pain of seeing her husband’s work uncompleted would be more excruciating.

“The pain I am feeling will be nothing compared to the pain I would feel if president Sata’s desires are not met,” the radio station quoted her as saying.

Lusaka mayor Mulenga filed his candidacy papers on Tuesday and told reporters the party needed a youthful leader to further his father’s vision. “It is time for a vibrant, young and focused leader. We need to refresh the party while furthering the vision of my father,” Mulenga said at a news conference.

His cousin Sampa [Sata’s nephew], the deputy commerce minister, has also said that Sata’s death should pave the way to younger leaders. “Sata is the last of that generation that Zambians voted for. Some people are saying I am young and I will be controlled by others. Only my uncle used to control me,” said Sampa, an economist by profession.

At least seven candidates have so far applied to run for the presidency. Sata, nicknamed “King Cobra” for his biting rhetoric, died of an unspecified illness in London on October 29. He was 77.

He had ruled Zambia since elections in 2011. He has been replaced by Vice President Guy Scott until the election is held.

Opposition party crisis
Zambia’s opposition was also plunged into crisis last week when former president Rupiah Banda claimed he had wrested the [opposition] party’s nomination from a rival and vowed a political comeback.

Banda, who is also 77, announced that a committee of the opposition Movement for Multiparty Democracy (MMD) had elected him as its candidate for the vote expected in January.

But rival Nevers Mumba, who had long been regarded as a shoo-in for the job, challenged that assertion, telling AFP he was the party’s candidate. “I’m not aware of such a decision,” he said, adding that in a Sunday meeting, which he chaired, did not vote for Banda.

Banda, who holds no position in the party, said 19 out of 23 top MMD officials plumped for him as the party’s candidate at the Sunday meeting held two weeks ago. “We have very little time for campaigns and all genuine MMD members should support this decision,” he said.

Banda lost the 2011 vote to Sata, and is currently standing trial for corruption as part of a crackdown led by the late leader. He has recently publicly hinted at a possible return to politics, saying he was legally eligible to stand for re-election if needed. – AFP