Our braaivleis, rugby and rape culture 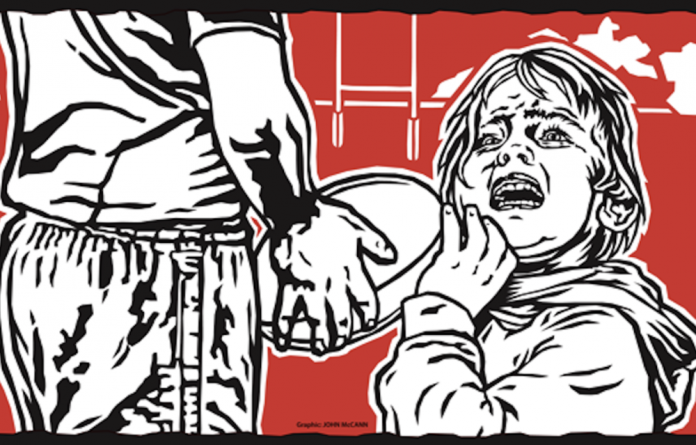 The now defunct Afrikaans lad site Meneer.tv had a rape joke about former Springbok rugby centre Japie Mulder. Under the heading “Seks met my pêl se minderjarige dogter” [“Sex with my mate’s underage daughter]”, the gag talked about Mulder being the hero of the 1995 World Cup final against the All Blacks. The piece added that in recent times Mulder was in the news for all the wrong reasons: “Mulder het gelol met vriende se minderjarige dogter toe sy tussen 14 en 15 jaar oud was” [“Mulder interfered with his friends’ underage daughter when she was aged between 14 and 15]”.

The set-up was what Mulder’s wife thinks about all of this. Meneer.tv imagined the “awkward silences” in the Mulder home and suggested a bedtime exchange between the disgraced rugby player and his spouse:

Japie: “Love, how about some sex?”

Wife: “Fuck off, you pervert!”

Japie: “So I guess a blow job is completely out of the question?” (Sigh.)

In 2007 Mulder pleaded guilty to the attempted rape and indecent assault of a close friend’s teenage daughter over an extended period. He was fined R120?000 or three years’ imprisonment.

Recently suspended by its publishers, Meneer.tv (whose banner stated that it is “only for men”) had headlines such as, “The magnetism of tits” and, “Apartheid blocked the internet”.

The site is privately owned by Jaco Kirsten, editor of Media24’s WegRy/Drive Out magazine, and Emmanuel Spamer, an advocate who is a member of the Cape Bar.

Meneer.tv was revered by men like singer Steve Hofmeyr, who reckoned its jokes were “inniekol” [“a sure-fire hit]”. The content on the site spoke to the type of masculinity that Mumbai-based editor and author Lakshmi Chaudhry would call infantile. These males, she’d say, are men who’ve grown up to be boys. The many rape jokes the site contained were as weak as they were offensive.

Meneer.tv simultaneously normalised sexual violence and rendered women and children invisible. When humans think rape is normal and when people render others as mere things, society is in trouble.

Note how, in the Mulder child rape “joke”, the rugby player’s wife doesn’t have a name. She, like the child who was abused, serves as an object for laddish laughter. Meneer.tv‘s obvious flaw is that it is white male privilege that diminishes women, children – and anyone else who isn’t a white male – for a cheap laugh.

In tandem there’s a legal issue. Meneer.tv published the “confessional” of a 14-year-old boy who’d had sex with a 22-year-old woman. Legally, this “creative writing” could be categorised as paedophilic material, which is illegal.

Vigilantism thinly disguised as activism whips up emotion to produce flash mobs who play judge, jury and executioner in the pursuit of quick justice. The subsequent glee of these social media scalp-hunters is distasteful because too often they crusade in the name of special self-interest while recreating their own “isms” as religions that won’t tolerate criticism.

My solution was to confront the owners of Meneer.tv publicly on social media, but without calling for a specific remedy. The Constitution is profound in its wisdom. On the matter of the judicial system it has at its heart the principle of a separation of powers. This informed me that it was enough to be a whistle-blower; I didn’t have to burden myself with delivering judgment, executing justice or imposing penalties.

Meneer.tv‘s Kirsten refused to be drawn into a dialogue on social media. “I will refrain from taking part in them because these discussions usually turn into a free-for-all and never have a constructive outcome,” he wrote in an email to me.

He appealed to me not to go the route of a public debate: “I am open to your perspectives on the matter, but let us share it on a platform such as this where we both have the opportunity to properly articulate our respective views and hopefully learn from one another.”

Kirsten’s publishing partner at Meneer.tv also wrote, urging me to interact with him by email.

Although Kirsten declined to engage on social media, Spamer did so readily.

After I made a public call on Twitter for advice and support for my complaint against Meneer.tv, Spamer’s first response was to patronise me by asking if I’d even read the pieces I had taken issue with. Spamer’s second tweet suggested I was fascist.

“In essence, fascism seeks to silence dissenting opinions and it abhors debate of those opinions,” he tweeted.

The pair’s remedy was to offer me a column on Meneer.tv. Arrogance aside, the problem here was that they essentially invited me to legitimise their normalisation of rape and paedophilia. At this point I wrote to Media24 chief executive Esmaré Weideman and to the Cape Bar.

To her credit, Weideman responded, despite it being a Sunday. “The condoning of rape, child rape or violence against women is totally unacceptable,” she wrote.

The Cape Bar said it would respond in “due course” and left it at that.

Weideman and her team have launched an investigation into the matter, which is significant because two female media workers took issue with Kirsten’s rape jokes but were censured by him for speaking out.

Kirsten manages a workplace that should be safe for all people, not just women. Similarly, Spamer plays a role in South Africa’s judicial system, which enforces the country’s laws against sexual offenders.

On the Monday, after discussions with Media24’s management, Kirsten and Spamer elected to suspend the site.

Personally, I found the content on Meneer.tv spectacularly weak, but my activism was specifically aimed at those items that normalised rape and condoned sexual violence against children. It was not aimed at the entire site.

If there is a victory, perhaps it is that Media24 says it will host an intervention with Cape Town’s Rape Crisis centre and the Open Democracy Advice Centre. Hopefully this forum will explore the delicate balance between freedom of speech and human rights. It would be useful if Kirsten, Spamer and media workers from Naspers and Media24 debate issues related to gender rights and sexual violence under the wise gaze and arbitration of these two organisations.

I’m convinced that if any victory can be claimed in the battle against rape culture, it lies in transparent moral struggle. As a society we need, openly and publicly, to get elbow deep into the muddy discourse of our young democracy.

Private conversations about rape culture aren’t useful. Neither is vigilante justice. Openly struggling to find solutions that might help us to become better humans, or to make South Africa a better society for all to live in, is useful.

Mandy de Waal is a writer based in Cape Town. She occasionally freelances for Finweek, a Media24 title.

The war on women doesn’t stop

Declare war on the subjugation of women