The age of Mandarin is upon us 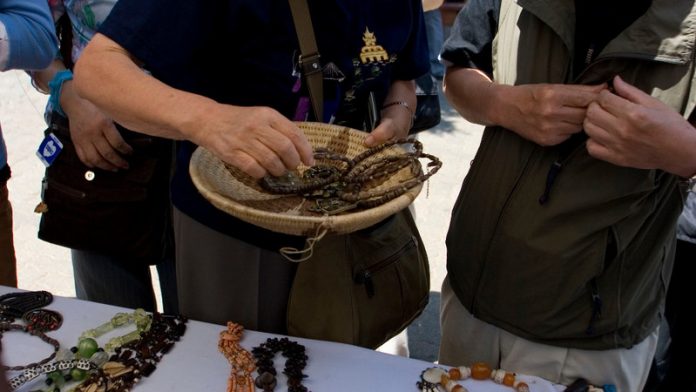 Chinese nationals are the number one source of foreign tourists to the Voortrekker Monument. More than 150 000 Chinese people visited South Africa last year and imports from the communist state are booming. But there is also a growing trek the other way. South Africans are learning to speak basic Mandarin and are figuring out the cultural traps that could stop them from doing business with China.

Sarah Malan said Mandarin is growing as a medium of communication in South Africa. A private tutor, she said wealthy people are trying to make it a second or third language for their children. “You see people almost hedging their bets for the future and making sure their children are fluent from an early age,” she told the Mail & Guardian.

Malan, who teaches children the language in the evenings, is seeing more schools and tertiary institutions offering Mandarin, enabling pupils to communicate with nearly a billion people. “It’s pragmatism. You need to speak with people you are doing business with, and in both directions that language is increasingly Chinese.”

Prior to 2009 she mainly taught the children of Chinese immigrants, but with the intensification of political and business ties between the two countries, the demand has rocketed.

The importance of English in China has exploded, with the New Yorker reporting that the country had been seized by something called “English fever”. The language is not just seen as a tool for communication but also as a way for people to show how far they have come in life.

“English has become an ideology, a force strong enough to remake your résumé, attract a spouse or catapult you out of a village,” according to the magazine. It said up to 350?million people are learning English in China.

Incidentally, 2015 will be the Year of China in South Africa. The local Chinese embassy is running a competition, asking people to submit slogans and stories that promote cultural harmony. A press release said: “The slogan is supposed to reflect your expectation for the China Year in SA, good wishes for the friendship or just anything you feel can brand the best-ever relationship and common future.” Winners will receive an LCD television and a smartphone.

Michael Jones, cofounder of Beijing-based tourism company Africa Create, said a great deal of opportunities for tourism and cultural exchange are being missed out on. Many South Africans go to China for business, but the reverse trade is being hampered by locals not tweaking their business to accommodate Chinese customs.

Chinese tourists had been scared away by the Ebola outbreak in West Africa, which meant numbers had recently plunged. Now the majority of tourists were in the high end market. But even these tended to spent less in the local economy, instead sticking to businesses that were owned by Chinese nationals — such as Chinese food stores. They also tended to travel in groups, through packaged tours, so were less likely to be lured away to spend money individually in places, he said.

Locals need to learn some Chinese to make international guests feel welcome, Jones said, and should put more noodle dishes on menus and offer them a cup of green tea when they arrive. Small touches were important, such as flying the Chinese flag in the a little bit higher and middle of other national flags outside hotels.

Jones said trips in the other direction have increased thanks to a daily direct flight between Johannesburg and Beijing. But they are usually undertaken by richer people and those doing business. “It is an unequal relationship now, with China benefiting,” he said. South Africa is seen as an “exotic” place for Chinese people, thanks to its natural attractions. But Africa still accounted for less than 1% of all of China’s outbound tourism, he said.

‘Magnificent scenery and delicious food’
The China Daily newspaper recently interviewed a Chinese couple who had won a honeymoon trip to South Africa. To win, they had to submit a video showing how much they wanted to go to the country. “All itineraries are perfect and out of my expectations,” said the one. “We enjoyed the magnificent scenery and delicious local food.”

CCTV – the Chinese state broadcaster – has been running stories this year about South African police learning Chinese so they can work with that segment of the community. A dozen Hawks officers recently went to China to complete their courses, it reported.

The relationship between South Africa and China began cautiously when the ANC came to power in 1994. Thanks to the historical spilt between Soviet and Chinese communism, the pre-liberation-era ANC was backed by Moscow. Beijing supported the Pan Africanist Congress.

A report by the Centre for Chinese Studies at Stellenbosch University, titled Economic Realism and the “One China” Doctrine, said that at first South Africa’s foreign policy was seen as being “overtly idealistic and inflexible”. Pretoria’s historic diplomatic relations with Taiwan were an obstacle, it said. In 1998 the South African government officially renounced its ties with Taiwan and recognised the People’s Republic of China, the report said. “A realignment of South Africa’s foreign policy in East Asia became increasingly unavoidable for realistic reasons.” Nelson Mandela’s first state visit to Beijing occurred in 1999, which was reciprocated in 2000 by then president Jiang Zemin.

Since then, the countries have exchanged numerous diplomatic missions and signed bilateral agreements. In 2010 President Jacob Zuma went to Beijing with 17 ministers and 300 businesspeople to sign the Beijing declaration. This was to form the basis of a strategic relationship between the two countries.

Trade between South Africa and China started cautiously: in 1992 the ministry of foreign trade and economic co-operation opened an office in Johannesburg. The trade at the time amounted to $250-million.

It started to increase when South Africa withdrew its recognition of Taiwan. By 2011 bilateral trade was worth $85-billion a year. It has grown by double digits in recent years: between 2012 and 2013 it rose by 32%.

Some companies have managed to go the other way. The South China Morning Post said in 2012 that SABMiller had 87 breweries in China, employing 50 000 people. Sasol and several mining companies, such as Exxaro and Anglo American, have grown tremendously there in the past decade.

Antoinette Valsamakis of the University of Birmingham said, whereas the Chinese government works alongside its companies to move into places such as South Africa, the opposite is not the case. Large South African companies actually prefer to stay away from government association, opting to “go it alone”.

How not to offend in China

Westerners often get it wrong when interacting with Chinese people, especially when it comes to cultural taboos. But many of the warnings given to travellers only deal with Beijing and lump all Chinese cultures together.  Among the tips provided to tourists (to be taken with a pinch of salt) are: