Hopes of normalcy between the US and Cuba at last 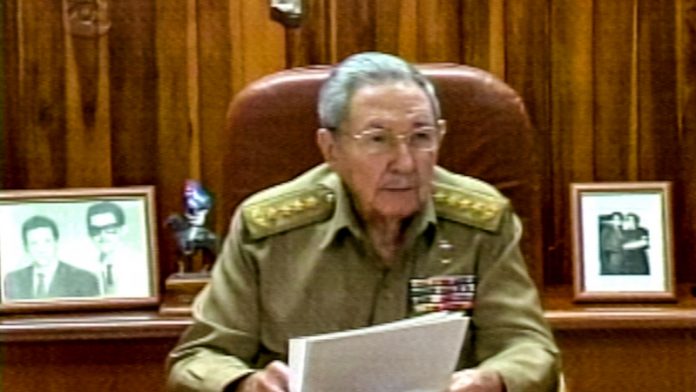 Since Thomas Jefferson offered to buy the island of Cuba from the Spanish in 1809, a lopsided relationship has shaped both it and the United States, but inevitably the effect on Cubans has been  greater. The automobiles famously still on the road a half-century after the US embargo stopped the shipment of new cars and parts are testament to Cubans’ flair for improvisation in an economy defined by scarcity.

Cuba has also moulded US history. Cuban exiles in Florida have exerted a powerful conservative force on US politics: the 2000 presidential election was decided in the “sunshine state”.

Arguably, without the Republican Cuban vote in Miami’s Little Havana, there would not have been a George Bush presidency.

And the US’s continued toehold in Guantánamo Bay has had long-term consequences for both nations. It was leased in perpetuity to the US under a 1901 agreement imposed while Cuba was still under US military occupation.

The so-called Platt Amendment, which laid down conditions for a withdrawal of US troops,  gave Washington the right to intervene in Cuba whenever it believed its interests were threatened.

After it was repealed in 1934, the US sought to wield influence by backing the dictatorship of Fulgencio Batista, whose  excesses set the scene for Fidel Castro’s 1959 revolution.

The US-Cuban rivalry’s enduring pettiness brought ridicule to the CIA with the exposure of schemes for killing Castro: exploding cigars, a poisoned wetsuit and a booby-trapped conch, as well as plots to undermine him with thallium salts to make his beard fall out or LSD in the radio station used for his radio addresses to induce hallucinations.

Cuban efforts to spy on the US also had a pathetic side. The sleeper agents in the so-called Wasp network, three of whom were repatriated as part of the spy swap on Thursday, December 18, were supposed to gather intelligence in Florida but never succeeded. They spent much of their time trying to survive on their inadequate stipend. Several agents had to work two jobs and were too exhausted to spy.

Battle lines staked out across the Florida Straits’s 145km brought the world to the brink of nuclear war with the Cuban missile crisis of  1962, when the Soviet Union tried to smuggle nuclear warheads on to Cuba and Kennedy imposed a naval embargo to force Khrushchev to remove them.

For most of the half-century since the US broke off diplomatic relations, Washington has fought a war of economic attrition against Cuba. It is a campaign that failed to shake the Castro family’s grip on power but has generated untold human suffering, personified memorably by Elián González, a five-year-old Cuban boy found drifting on an inner tube in the Florida Straits in November 1999 after his mother and her boyfriend had drowned making the desperate crossing in the hope of a better life in the US.

He became the object of a bitter dispute, as relatives in Miami and his father in Cuba fought a highly politicised campaign for custody that only ended when armed agents raided the relatives’ house in Little Havana in April 2000, seizing Elián and returning him to his father.

Fifteen years on, more than 25 000 undocumented Cubans continue to arrive in the US by sea and by land through Mexico each year, and many thousands are thought to die trying, victims of one of the world’s most dysfunctional relationships. — © Guardian News & Media 2014