Pat Matshikiza: A jazz giant forced into the blues 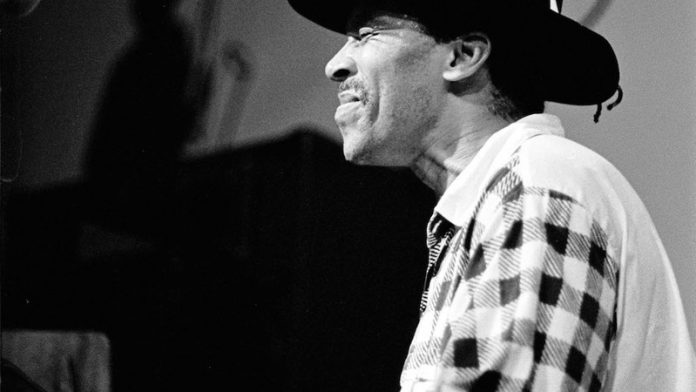 The year 2014 marked a sad period for jazz as fans around the world paid their last respects to musicians such as pianists Horace Silver and Joe Sample, and bassist Charlie Haden.

But it was the December 29 passing of one of South Africa’s pioneering jazz musicians, Pat Matshikiza, in his hometown of Queenstown, in the Eastern Cape, that ended the year on a low note.

“He was full of history,” trumpeter Feya Faku said of Matshikiza, who first played with a young and fairly unknown Faku in Durban in the late 1980s. “He was full of jokes and would always reminisce about the 1960s and 1970s, when he was playing with altoist Kippie Moeketsi.”

The eras Matshikiza evoked for Faku were the pianist’s wonder years when he wrote and recorded his greatest songs, and played alongside the country’s most revered musicians.

Born into a musical family in 1938, Matshikiza’s pianist father Meekly Matshikiza laid the foundation for a young Pat who, at the age of seven, took up playing the organ in church.

His talent for composing could be attributed to his lineage – his paternal uncle Todd Matshikiza who composed Hamba Kahle and the landmark South African musical King Kong.

Pursuing his organ skills, a young Matshikiza played the instrument at St Matthews, a missionary school in Keiskammahoek, Eastern Cape, where he had gone to study towards a teaching diploma after matriculating.

Unable to secure work in the province after graduating, Matshikiza looked up north – to the city of gold, where his uncle’s musical had taken off – to start his career.

On his arrival in Johannesburg in 1962, Matshikiza was drawn to Dorkay House, a centre for black artists and what he referred to as a “musical Mecca”. The establishment provided a place where black musicians could jam; it inspired many of his future recordings.

There he met musicians such as the legendary South African pianist Chris McGregor and began playing with prominent artist Mackay Davashe’s band, the Jazz Dazzlers.

“Hell man, that was a big band,” Matshikiza says in the liner notes of his 2005 album Seasons, Masks and Keys. “There was Mackay Davashe on tenor sax, Kippie Moeketsi on alto sax, Makhaya Ntshoko on drums, Saint Mokoangoe on bass, Dennis Mpale on trumpet, Blyth Mbitjana on trombone, Pat Matshikiza on piano. And on vocals: Letta Mbulu, Thandi Klaasen, Ben ‘Satch’ Masinga …”

At the time black people were becoming frustrated with apartheid’s discriminatory laws and many South Africans left or were forced into exiled.

According to the book Soweto Blues: Jazz, Popular Music, and Politics in South Africa by Gwen Ansell, by the mid-1960s “that stream of departures became a flood. The musicians left with the jazz opera King Kong; the writers also left. Many of the politicians either left or were imprisoned.”

But Matshikiza and his contemporaries, such as Moeketsi, stuck around. And regardless of the dark cloud over black life in South Africa during the mid-1970s and the pop music that began to flood the mainstream at the time, Matshikiza composed a buoyant township jazz classic, Tshona!, which he recorded with Moeketsi in 1975.

“The vibrant jazz scene at Dorkay House influenced the composition,” said Matshikiza in a 2005 City Press interview. “At the time I belonged to MacKay Davashe’s Jazzlers [Jazz Dazzlers] band and during breaks I would sit at the piano and do my compositions. It was the pulsating atmosphere that gave birth to the song.”

After recording the Tshona! album he released Sikiza Matshikiza the following year, which did not do as well.

Confronted with the hardships of living as a musician, Matshikiza played the hotel circuit from the late 1970s to get by financially.

“The great pianist Bheki Mseleku died in exile and he was revered. But Pat Matshikiza, who was on that level, had to work in hotels to make a living,” Faku effuses. “And I don’t think that’s what he wanted to do; he was such a great musician and composer. He never stopped writing music until he got sick.”

Matshikiza took on a coloured identity as Patrick Matthews to evade apartheid’s pass laws, which would have deported him to Queenstown. This period was an enigmatic time for the pianist, who almost disappeared off the jazz scene, until he resurfaced in 2005 for the release of his retrospective album Seasons, Masks and Keys, which featured many songs he had composed over the ­decades.

But how can a genre such as jazz, so rich in character, history and sound, leave those who play it so penniless at the end of their lives?

From Moeketsi in the 1980s to more recently with saxophonist Winston Mankunku Ngozi and singer Donald Tshomela, the economic fate of many jazz musicians tends to be sealed.

The years following the release of his last album were tragic for Matshikiza. After suffering a stroke in 2011, which made it impossible for him to work, KwaZulu-Natal-based publication Isolezwe reported that the musician and his wife, Philile Bridgette Matshikiza, were living in poverty in a shack in Umlazi. According to reports, the municipality built him a house. But this was not the end of Matshikiza’s misfortunes, his wife died days before him.

Shortly before his funeral on January 10, his daughter, Ntabakazi Matshikiza, said the pianist had fathered seven children: herself, Thabo, Zodwa and Bridgette, as well as Shaun who died, and two others she does not know the names of.

Having composed some of the country’s greatest jazz music and played alongside South Africa’s most renowned musicians, the latter part of Matshikiza’s life brought to light a figure who should have been more celebrated, instead of one who was almost forgotten.