Bad game time better than none 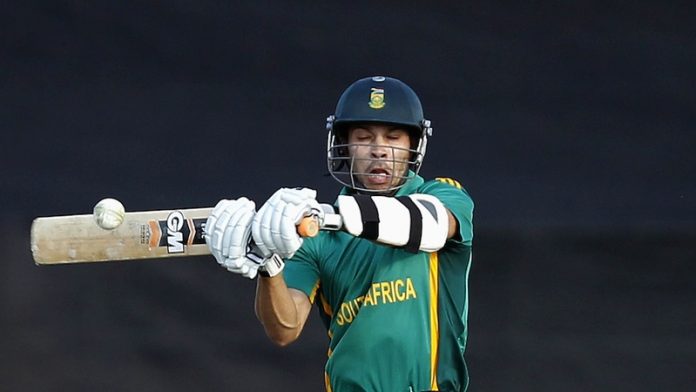 The reappearance of an old irritant coincided with the Proteas beating the West Indies by an overwhelming nine wickets in East London on Wednesday and winning the five-match ODI series with two games to spare. With victory came the “yes but” syndrome.

The tourists’ collective performance was so poor it was not only embarrassing but also made it impossible to gauge the quality of the home side’s play accurately. Rarely has a top order from a major cricketing nation played with such reckless irresponsibility.

Perhaps the West Indies are no longer worthy of that epithet beyond the confines of T20 cricket, in which they can function as individuals. They are bereft of team spirit or a sense of cause, and are sulking en masse at the nonsensical exclusion of match-winning all-rounders Dwayne Bravo and Kieron Pollard from the World Cup squad, who simply didn’t pitch up in East London.

It leaves the Proteas to make the best of what they have. While New Zealand are contesting a hard-fought series against Sri Lanka in New Zealand – with Pakistan to arrive afterwards and India and England acclimatising to Australian conditions in a triangular series with the home side, and even the minor nations featuring in worthy contests against each other – South Africa are completing their World Cup preparations against a rabble.

Capitalise on ineptitude
It may not be such a bad thing if they can capitalise on the ineptitude of their visitors by providing game time to their reserves. Kyle Abbott, Aaron Phangiso and Wayne Parnell will all feature in the remaining matches in Port Elizabeth and Centurion on Sunday and Wednesday and, like publicity, even bad game time is better than none.

AB de Villiers was never likely to bat at Buffalo Park. Win the toss or lose, he was down the order. His reputation as the most destructive batsman in the world is growing by the hour, around the world, and the effect that may have on opposing teams is far more important than knocking the ball around in East London against bowlers he has already broken.

The great man may be intrinsically decent and modest, but those qualities should not be confused with softness or naivety. When he said seven years ago that he wanted to be the best batsman in the world, he was barely even a regular in the national team.

He was taken aback momentarily by the level of eyebrow-raising his ambition created, but it was the first public glimpse into the magnitude of his self-belief. He knew what he was capable of a long time before anybody else and, now that he has proved it and achieved that goal, he is more aware than most of what effect it has on the opposition.

For much of the next six weeks, the presence of the South African ODI captain in the change room, waiting to bat, will be almost as profound as when he is batting. The “fear factor” will prey on bowlers’ and captains’ minds. The Proteas management group will consider how best to use it. Farhaan Behardien, for example, is out of his depth as a specialist “finisher” at the back end of the innings. Lack of experience in high-pressure situations will count against him. But a few appearances at number four in the group stage matches, with the reassuring De Villiers behind, could transform him.

Media requests to speak to De Villiers spiked to over 100 in the 48 hours after his record-breaking demolition at the Wanderers. It is an indication of the interest his innings created, but not the most important one. Video highlights and awe-struck comments were shared by many of the best players in the world. They made no attempt to downplay their off-duty admiration – and will struggle to do so when their turn comes to confront him, publicly or privately.

Aura
The timing of De Villiers’s appearances and the use of his aura aren’t the only psychological conundrums facing the team. Perhaps the most important is the duration of the group stage and the number of days between games. Five days of nets and fielding practice are enough to make any XI turn stale.

“Two days of preparation before a game is ideal,” Shaun Pollock said this week. “The modern way is to encourage players to switch off between games, and I’m sure they will do that again.”

It will not be so easy at a World Cup. International Cricketing Council security units will be working overtime and protocols will have to be followed. A relaxing day in the hills of Wellington, the shade of the Sydney Opera House or the fairways of Melbourne’s golf courses will not be quite as revitalising with plain-clothes officers within constant touching distance. But that, like De Villiers’s aura, is the reality.

Some say a major tournament cannot be won without taking a risk. Others suggest quite the opposite. They are both right. Australia won three successive World Cups with specialists – six batsmen, four bowlers and an all-rounder. It helped that Adam Gilchrist was one of their batsmen. It also helped that Shane Warne and Glenn McGrath were two of their bowlers.

Other teams have succeeded by using “part-timers”, but very few. South Africa will try to become one of them. By playing Behardien as the seventh batsman and occasional bowler to share 10 overs with JP Duminy, they will buck the trend set by every other team.

It has worked against the West Indies, but what does that say?

The Proteas have entered the England ODI series with nine changes from their World Cup line-up, as well as a new captain. It’s paying off, so far
Read more
Advertising
Continue to the category
National