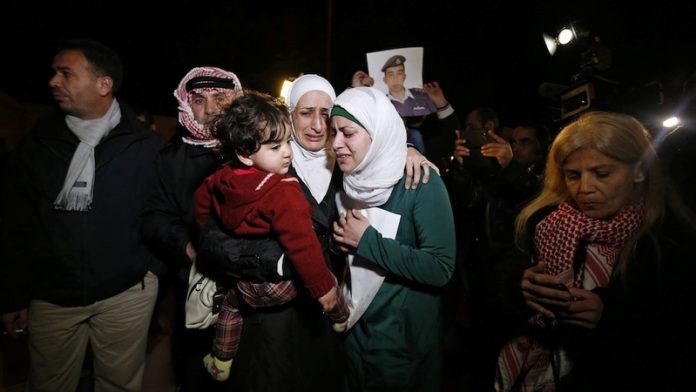 Jordan’s willingness to free a prisoner who helped kill dozens of civilians in return for the release by the Islamic State of a captured Jordanian air force pilot will horrify some Western governments, politicians and diplomats. But in much of the Middle East, the exchange – if it goes ahead – is likely to be greeted with a shrug.

Hostage-taking and hostage swaps have been a common form of conflict zone commerce in the Middle East for as long as caliphs, emirs and tribes have fought for territory and power. Much the same held true in the Europe of the Middle Ages. Even popes sometimes fell victim, Leo IX being a prime example. Many princes certainly did. Hostages are currency. They are power levers. And they are usually more valuable alive than dead.

The Islamic State’s approach to the use and abuse of hostages is different in significant ways. Its willingness to execute them in the most horrifyingly public manner has added to its notoriety – and to the fear and respect with which it is held in the areas it occupies in Syria and Iraq. Its use of videos and other media to magnify the drama adds to the horror – and to its negotiating strength.

Against such a background, any talk of doing a deal goes against the grain for Western leaders who believe hostage-taking is illegitimate, and that giving in to hostage-takers’ demands, through negotiation or otherwise, is unforgivable in most circumstances.

This is the position usually espoused by the United States and British governments, which do not rule out negotiations but simultaneously oppose making concessions, thereby rendering any talks pointless.

When in the past the Italian and other European governments have paid ransoms of whatever kind to free their nationals, they have been accused of letting the side down – and encouraging more hostage-taking.

Yet the US flatly contradicted its own stated position last year when five Taliban detainees were freed from Guantánamo Bay in return for the release of US army sergeant Bowe Bergdahl in Afghanistan. The decision was highly controversial.

Greater incentive
Republican congressman Mike Rogers condemned a “fundamental shift in US policy”, which he said “signals to terrorists around the world a greater incentive to take US hostages”.

The double-standards problem runs deeper. When critics suggest that holding suspected terrorists captive for years in Guantánamo without charge or trial is no different from taking hostages on the battlefield, those who decry hostage negotiations and say they are upholding the rule of law appear genuinely baffled.

Caught in the middle of this excruciating divide, on this occasion, is the Japanese government, which is trying to establish whether the freeing of a remaining hostage, Kenji Goto, is part of the Jordan-Islamic State swap. Japan has reportedly done deals with kidnappers in the past. On the other hand, it held firm when its Peru embassy was seized by left-wing guerrillas in 1996.

Shinzo Abe, Japan’s right-wing prime minister, seems to incline towards the normally uncompromising US and British view on such matters. Japanese diplomats say the public is divided over the case. Many believe Goto is to blame for his own misfortune by travelling to Syria in the first place, whereas others see him as a brave man.

Abe, meanwhile, is left to fume and fret. He condemned as “despicable” a video of Goto accompanied by a warning that he and the Jordanian pilot had only hours to live unless Jordan gave in.

Jonathan Powell, a former chief of staff to Tony Blair, argues that governments nearly always find themselves eventually drawn into negotiations. In Powell’s view, it is as well to open up lines of communication and start talking sooner rather than later.

From such contacts, Powell argues, the beginnings of a peaceful resolution, including prisoner releases and arms decommissioning, will flow, as happened in Northern Ireland when Blair’s government finally talked directly to the Irish Republican Army. – © 2015 Guardian News and Media Limited