US Republicans feel the rising heat 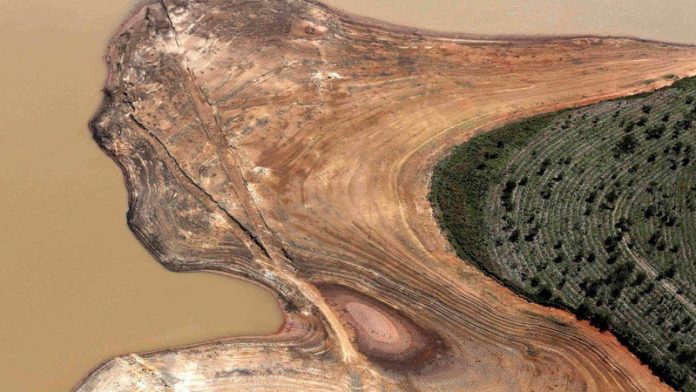 It seemed like a simple idea at first: ask Republicans what they would do about climate change.

Late last month, some Republicans in the Senate finally admitted climate change is real. A small minority of 15 Republican senators agreed with the rest of the world that it is caused by human activity.

So what were they going to do about it? The senators didn’t know, or they weren’t telling – yet. “You are going to find people very hesitant to talk about this,” an aide to one Republican senator said. The aide was right. Only three of the 15 Republicans came forward with ideas for climate solutions.

Those three – Senators Lisa Murkowski of Alaska, Susan Collins of Maine and Lamar Alexander of Tennessee – suggested a range of measures from building more nuclear power stations, promoting energy efficiency and encouraging investment in technological research. But none of them proposed a target for cutting greenhouse gas emissions. And none of them backed President Barack Obama’s plan to cut carbon pollution from power plants. They argued he was going about fighting climate change all wrong. “My disagreement with the Obama administration is over its wrong-headed approach to solving this problem by proposing to deliberately raise the price of energy and construct a complicated cap-and-trade system,” Alexander said in an emailed statement.

His suggestion was to build 100 new nuclear reactors to provide emissions-free power, and to double government-sponsored research.

He said she supported “responsible efforts” to reduce emissions. “What Senator Murkowski has said is that we ought to have a ‘no regrets’ policy that can reduce emissions but also won’t have a negative impact on the American economy, competitiveness and the weekly budgets of American families,” the spokesperson said.

She opposed a carbon tax.

Collins said the answer was in promoting domestic clean energy and efficiency.

“By promoting clean, domestic energy alternatives and efficiency, we can reduce pollution, advance the goal of energy independence for our nation, and spur the creation of new manufacturing jobs in America,” she said in a statement.

A fourth Republican, John Hoeven of North Dakota, who proposed but eventually voted against one of the climate votes, supported carbon capture technology, a spokesperson said.

No-shows
All the other senators were no-shows, including John McCain of Arizona and Lindsey Graham of South Carolina, who have in the past sponsored Bills to put economy-wide limits on carbon pollution through cap-and-trade measures. Both of those attempts ended in defeat.

But there were signs that the Republican wall of denial about climate change was beginning to come down, said Brian Schatz, a Hawaii Democrat who put forward one of the climate change votes in the Senate last month. Those votes, during the debate over the Keystone XL pipeline, for the first time in years saw Republicans abandoning denial to debate policies of climate change.

“We shouldn’t be Pollyannas about converting anyone from denier to activist but I think we converted people from denier to nondenier,” Schatz said. “People are going to have to move in increments. You can’t expect people taking a position just about as extreme as you could find would suddenly agree with me on all energy matters.

“Republicans understand they can’t ignore the problem any more, and I think they feel on firmer ground if they disagree on policy rather than a set of facts that is well established.”

The votes saw almost the entire Senate, except for a lone holdout, Mississippi Republican Roger Wicker, vote that climate change was real and not a hoax.

Sheldon Whitehouse, a Rhode Island Democrat who also proposed a vote on climate change, said the Republicans were now in disarray on the issue.

Whitehouse argued that Republicans were caught between, on one side, powerful corporate interests and the conservative Tea Party wing, which continues to deny the existence of climate change, and on the other, public opinion, which breaks in favour of action on climate change. A number of the Republicans who broke ranks on climate change are from states Obama won in 2012 and are facing tight re-election contests in 2016.

“I think the fact that so many felt they needed to vote for the amendments shows that many realise they are being perceived as antiscience and antireality, and that is not playing that well back home,” said Alden Meyer, the director of strategy for the Union of Concerned Scientists.

Poll results
Two-thirds of American voters would reject a candidate who denies the existence of human-caused climate change, according to a Stanford University poll released last week.

There could well be other Republicans in Congress who disagree with the party mainstream on climate change but who are not yet ready to go public, said Jim Brainard, the Republican mayor of Carmel, Indiana, and a long-time supporter of action on climate change.

“I’m sure, out of 535 members of Congress, there are people in there who agree with me,” he said.

The ideas that have come from the breakaway Republicans so far do not yet add up to a credible alternative to Obama’s vision for fighting climate change.

“It is like AA. The first step is admitting you have a problem. Those 15 Republicans have now admitted: ‘We have a problem.’ The question is: What are we going to do about it?” – © Guardian News and Media 2015