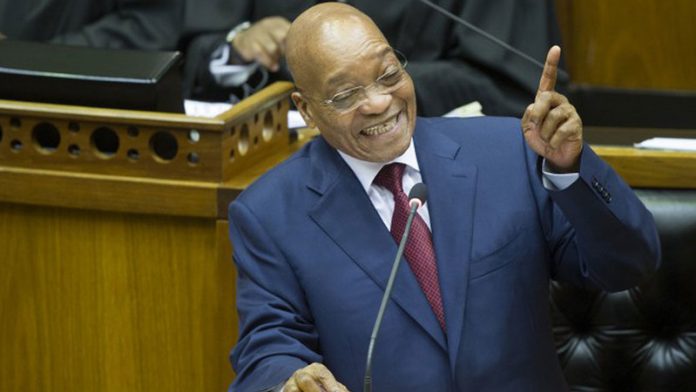 Cash-strapped Eskom will be given R23-billion bailout by the government to stabilise the power utility’s finances, President Jacob Zuma announced during his State of the Nation address on Thursday.

The government will also continue to utilise independent power producers in a bid to reduce the strain on Eskom. The utility has also been instructed to switch from diesel to gas as a source of energy for the utility’s generators.

The bailout is due to occur in the next fiscal year. This is after the country has been subjected to months of blackouts, which impacted negatively on the economy.

In January, the Mail & Guardian reported that power utility Eskom was in financial trouble, with confirmation from the minister of public enterprises. “Eskom will run out of money by the end of January,” Minister Lynne Brown at the time.

Brown confirmed the “pressure on the company’s liquidity position”, but would not say how it would be resolved. “It must still be addressed,” she said. The only options appeared to be a government bailout – in the form of a cash injection – or further guarantees, or severe load shedding.

Zuma said the “War Room” established by Cabinet in December was working diligently around the clock with Eskom, to stabilise the electricity supply system and contain the load shedding. “During this period, we have to work together to find solutions. We urge all individuals, households, industries and government departments to save electricity in order to reduce the need for load shedding.”

“The Department of Public Works has been instructed to ensure that all government owned buildings are energy efficient. Given the high cost of diesel, Eskom has been directed to switch from diesel to gas as a source of energy for the utility’s generators.”

Zuma said the construction of the three new power stations Kusile, Medupi and Ingula, would add 10 000 megawatts of capacity to the national grid.

Zuma was speaking to a half empty chamber. Members of the Economic Freedom Fighters were violently ejected after they demanded an answer to when the president would pay a portion of the R246-million upgrade to his Nkandla home.

EFF president Julius Malema was the first to be asked to leave the chamber, followed by his deputy Floyd Shivambu.

The party was ejected by police and parliament security, which resulted in a fist fight between the EFF MPs and the security personnel, with EFF members using their hard hats to fight them off. Minutes later, opposition party Democratic Alliance MPs walked out after the speaker failed to answer DA parliamentary leader Mmusi Maimane’s question on whether the officers who had evicted the EFF were actually SAPS members. They were quickly followed by United Democratic Movement’s Bantu Holomisa.

Inkatha Freedom Party’s Mangosuthu Buthelezi lambasted the EFF’s behaviour, siding with the ruling party in calling for the proceedings to continue. Zuma’s speech was delayed for about an hour.

Earlier, journalists and media professionals in the gallery protested over the lack of network connection, which was later reconnected, 20 minutes after the programme was due to start. Zuma also announced that as part of further efforts to improve growth, through supporting state owned companies, processes were underway to implement a 90-day turn around strategy aimed at stabilising the finances of South African Airways. “Accordingly, some of the loss making international routes will be phased out. But, we will do this in a manner that does not impact negatively on travel, trade and tourism between South Africa and the world.”

Land and mining
As part of government’s nine point plan to “ignite growth and create jobs”, Zuma said his administration would fast track the implementation of the 50/50 policy framework, which proposes relative rights for people who live and work on farms. “The process of establishing the Office of the Valuer-General is underway, which is established in terms of the Property Valuation Act.”

He said foreigners would not be allowed to own land in South Africa, but would be able to lease only. He said the government would also advance beneficiation in order to create more jobs in the country.

Zuma said the government will also review the compliance of mining companies with the 2014 Mining Charter targets. “A total of R2.1-billion has been ring-fenced for this purpose with R290-million approved for Informal Settlement Upgrading in Mpumalanga, North West, Gauteng, Northern Cape, Limpopo and the Free State.

As part of empowerment initiative, Zuma said all companies who won tenders with government would be obliged to procure 30% of the work or services through SMME’s.

The Sona was attended by former presidents Thabo Mbeki and his wife Zanele, and FW de Klerk.

After he had finished his speech, the ANC MP’s broke into song and dance in support of the president, and continued singing struggle songs as they filed out of the room.