Will the Cahora Bassa Dam deal still be renegotiated? 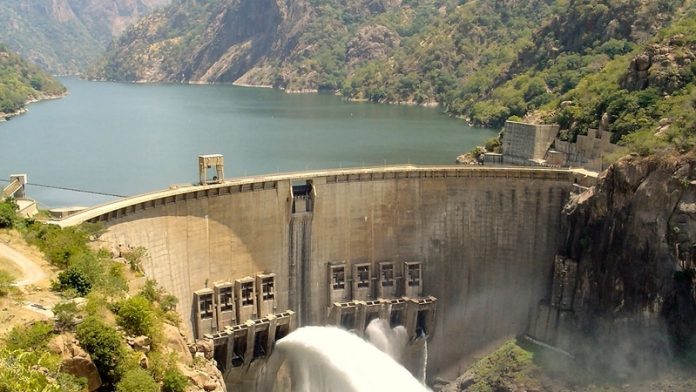 In the 1960s, Portugal, the coloniser of what would become the independent country of Mozambique, and South Africa built the Cahora Bassa Dam along the Zambezi River. South Africa provided the start-up capital, put together the consortium that would build the dam, and continues to purchase the bulk of electricity generated by the hydroelectric facility.

But what was the apartheid regime’s real intent when it got involved in the project, with liberation movements across Africa yapping at the heels of colonisers? Did Pretoria want to build a strategic asset or did it intend to quash the liberation struggle in Mozambique and its “empire” in Africa? And what were the consequences of this project for the people living and farming along the Zambezi? Ultimately, did the apartheid state exploit its neighbour?

A paper presented at a Wits Institute for Social and Economic Research (Wiser) seminar on Monday, authored by Allen and Bobby Isaacman, posited the idea that the 1969 agreement between Pretoria and Portugal over the dam amounted to the apartheid regime “extending its empire” into Africa, to the detriment of the people of Mozambique.

“Despite Portugal’s concern about infringements on its sovereignty, it encouraged, rather than reluctantly permitted, South Africa to extend its economic, cultural and military presence in Mozambique,” the paper states.

It is a contested view, as the debate on Monday revealed. Some believe the engineering feat ultimately benefited Mozambique through the creation of a solid power grid that strengthened its economy at a critical time during its transition from colonial “province” of Portugal to independent state. The trickle-down economics of the project would have been to the advantage of the population, and the dam and the lake – the fourth-largest in Africa – stabilised the Zambezi’s flooding seasons, ultimately helping alluvial farmers along its banks.

Story of a ravaged countryside
But the other side of the debate, the narrative presented by the Isaacmans on Monday, tells a story of a ravaged countryside, of thousands of farms destroyed by an altered seasonal flooding pattern, of communities who do not benefit from the electricity generated at Cahora Bassa, and of tens of thousands of displaced people.

It tells the story of an apartheid state determined to “extend its tentacles” deep into Mozambique, in an effort to stop the forward march of that country’s struggle for liberation.

Initially, Portugal owned 82% of the dam, selling most of this equity to Mozambique in 2007. South Africa purchased up to 80% of Cahora Bassa’s generated electricity cheaply. Several tariff renegotiations have since stalled, benefiting South Africa, according to the paper.

Today, Eskom continues to import electricity from the hydroelectricity plant, although the reliability of these imports has been unsteady for the past few years.

In January 2013 Engineering News reported that there had been six disruptions in supply from Cahora Bassa in 2012 for varying reasons, including ageing infrastructure in Mozambique and an electrical failure. Attempts by Eskom to send parts to Mozambique were hampered by flood-related road damage.

Electricity imports were briefly reduced in early 2014. Business Report reported that, by the end of last year, electricity from Cahora Bassa was reduced because of maintenance issues at the dam, adding to Eskom’s increasing electricity woes. But Eskom said supply was back at full capacity by the end of December.

The Zambezi’s banks broke in 1978, causing flood damage totalling $68-million and the displacement of 100?000 people. This is said to have destroyed perceptions that Cahora Bassa would regulate the Zambezi’s seasonal flooding.

The civil war in Mozambique, which followed independence in 1975, also caused much damage to the hydroelectric plant.

The Isaacmans’ paper makes strong claims against the apartheid state.

It posits that South Africa wanted to use the dam for strategic reasons as well as to secure cheap electricity; a need it foresaw even though South Africa’s electricity supply was stable at the time.

Allen Isaacman explained that the dam would have stopped Frelimo from moving south towards Mozambique’s urban centres.

Dams, displacement and delusion
Fearing the rise of the ANC and its allies in Mozambique, “South Africa could not allow a black, Marxist government to survive”, Isaacman said. His research, which culminated in a book called Dams, Displacement and the Delusion of Development, uncovered the extent to which the apartheid state was willing to use the dam to exploit Mozambique for its own ends.

The development that was supposed to trickle down from the dam’s construction never happened, Isaacman argued, but South Africa continued to buy most of Cahora Bassa’s electricity and used it as a strategic asset.

Yet the precise origins of the dam are unclear. Did South Africa foresee the rise of Frelimo and decide to take a large, costly, grand pre-emptive strike against the liberation movement? Or was Pretoria’s involvement originally a practical one, seeking to secure cheap electricity to prop up the apartheid state and later realising it could do both?

Isaacman isn’t sure of the answer but said the dam would probably never have been constructed without Pretoria’s intervention.

“Pretoria provided critical start-up capital; South African investors created Zamco, the consortium comprising AEG, Siemens and the BBC, that funded and built the dam; and South African overseers not only supervised much of the construction but imposed a harsh labour regime at the dam site,” Isaacman writes in his paper.

He said the overseers’ racist attitudes towards the labourers created “deep tensions”.

A heated discussion ensued on Monday about the benefits of the dam.

The Isaacmans conducted more than 300 interviews with people living along the Zambezi River. These interviews revealed that farmers had lost their crops because Cahora Bassa destroyed the Zambezi’s seasonal flooding patterns. Thousands of villagers were displaced during the construction and, to this day, these people and the broader population do not benefit from the dam.

According to the World Bank, about 15% of Mozambique’s population have access to electricity.

Yet at least one audience member said this was not true and argued that criticism of the dam’s continued existence was indicative of a Western ideology premised on the idea that black African governments could not maintain infrastructure.

But what does this mean for Eskom, which continues to buy up to 1?500 megawatts of electricity from Cahora Bassa in spite of its own financially precarious situation?

Isaacman said he was not sure but suggested that Eskom was never keen on the Cahora Bassa deal. To this day, he said, it appeared that “Pretoria is fighting with Pretoria” about what to do about the situation. Apparently, vast amounts of capital were needed to buy electricity and this is considered a waste by those who want to pursue nuclear energy.

With talk of renegotiating the Cahora Bassa deal still doing the rounds, and with South Africa’s energy problems, the fate of the controversial arrangement between the two countries remains unclear.