Eat your words: Traumatic dinners put the linguini in linguistics 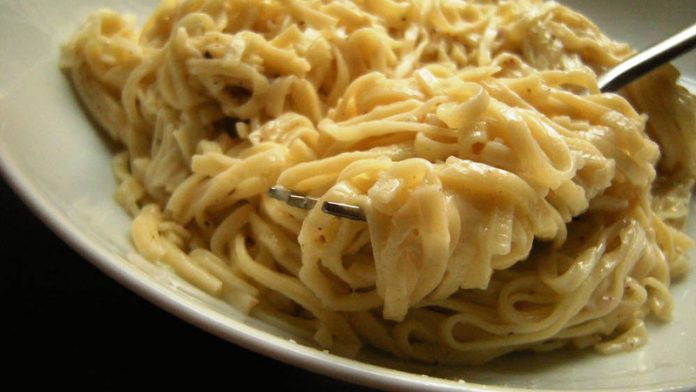 A bad meal out might ruin your night, but the ordeal could traumatise you too, according to linguists who analysed online reviews.

Diners who left one-star reviews on the website Yelp used the same phrases as trauma victims, the past tense to distance themselves from the event, and terms such as “we” and “us” to share the pain.

Daniel Jurafsky, a linguistics and computer science professor at Stanford University, studied the language in nearly a million online reviews of 6 500 restaurants in seven cities in the United States.

He found that disastrous meals out were more often put down to shoddy service than bad food, leading reviewers to post scathing accounts filled with past tense narratives and first-person plural personal pronouns.

“These are exactly the same characteristics we see in people’s writing after they have been traumatised,” Jurafsky told the annual meeting of the American Association for the Advancement of Science in San Jose.

“These people have suffered minor traumas from bad service, rudeness or being cheated.

“When fans of Princess Diana were writing after her death, or when people were blogging after a campus tragedy, people talked in the past tense to distance themselves from the bad event, and referred to ‘us as a group’ and that ‘we are going to get through it together’,” he said.

The Stanford team found that the language used in the most gushing reviews of the same restaurants depended on the prices. Expensive food was often described in sexual terms, whereas reviews of cheap food were infused with drug references.

But the language shifted dramatically in diners’ reviews of the cheaper establishments. People talked of craving, being addicted, and needing a fix of items on the menus.

Junk food, such as pizzas, chips and desserts, drew the most drug references from reviewers.

“It’s as if they are feeling guilty and that talking about the food as a drug, as an addiction, makes them feel less guilty because they cannot help themselves. It’s like ‘the cupcake made me eat it’,” Jurafsky said.

Why people use sexual phrases to describe expensive food is more of a puzzle, he conceded. “Obviously food and sex are linked. They are both oral pleasures, but why do we use these words for expensive foods? Maybe people at these flashy restaurants are on dates and already thinking about sex,” he said.

Food critic Jay Rayner said: “It is one of the curiosities of food reviewing that, while we mock the clichés of bad food – dirty burgers, pimped fried chicken and so forth – that we often use the same language, of addiction and pharmaceuticals, when trying to describe that stuff. The language of addiction is very good at describing the appeal of food we suspect we shouldn’t be eating.”

The scientists also analysed words used on menus. Fancier places used terms many people might never have come across, such as tonnarelli, persillade and bastilla. The average length of the words on the posh menus were longer too. Cheaper places had “decaf” and “sides”, the finer restaurants used “decaffeinated” and “accompaniments”.