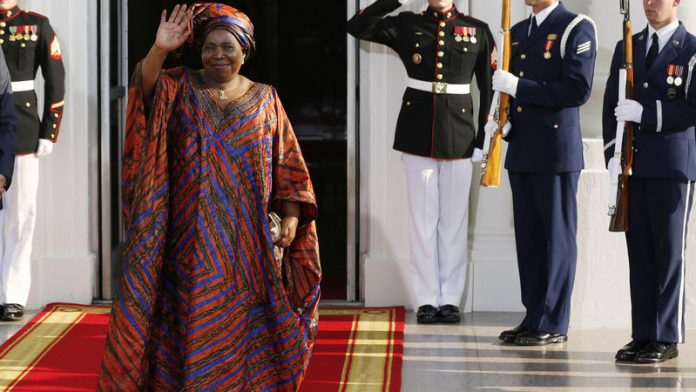 There was a plot to assassinate African Union (AU) commission chairperson Nkosazana Dlamini-Zuma several days after she took up the post, Al-Jazeera has reported on its website.

According to leaked secret intelligence documents posted on their site this week, Dlamini-Zuma allegedly faced “an eminent threat” to her life in Addis Ababa, which also hosts the AU headquarters, in October 2012.

The documents allege that spies in Addis Ababa were alerted to a plot “by an unnamed state” to kill President Jacob Zuma’s former wife.

The documents also allege that South African and Ethiopian intelligence agencies had been unprepared for the threat, for which they blamed Sudan.

Amid the threat, South Africa’s security chiefs held an emergency meeting, where acting head of South African military intelligence, General T Nyembe, also warned that there had been “another alert, which further pointed out a potential assassination plot” to be carried out at a different venue”.

The attack did not happen.

The documents say that the director of Ethiopia’s National Intelligence and Security Service, Hadera Abera, explained that his service has crosschecked the names of the plotters with “all entry points especially those bordering Sudan”.

They found no matches, and the documents do not reveal the names of the plotters. Dlamini-Zuma was elected to the post in July 12 and took office in October.

According to the leaked documents posted on its website this week a group claiming to be former agents of Israel’s Mossad threatened the country unless its government cracked down on the campaign.

This was according to leaked intelligence documents.

It gave government 30 days to achieve the “discontinuation of the Boycott Divestment and Sanctions (BDS) campaign and the removal and prosecution of some unidentified individuals linked to BDS”.

The State Security Agency (SSA) investigated, finding no evidence that the threatened attack occurred or that the government yielded to the demands, Al-Jazeera reported.

Another cable revealed insight into the activities of Israeli intelligence agents in the country.

The SSA reportedly so distrusted Mossad that it assigned counter-espionage agents to watch one of its operatives at work in South Africa.

An Israeli who was followed was noted to have had numerous sources within the South African government and police.

The report showed that the SSA were worried about the Israeli agents and went to considerable lengths to ascertain what they were doing.

SA not protecting itself
Al-Jazeera also reported that flaws and security lapses within South Africa’s government and intelligence services have left secrets exposed to foreign spies at every level, according to leaked documents.

The documents claimed that a secret security assessment by South African intelligence said foreign espionage was booming, with South Africa doing a “poor job” of protecting itself.

Over 140 foreign spies are estimated to be operating in South Africa, gaining access to government departments, ministries and “even the presidency”, according to the report.

They are suspected of breaking into nuclear power plants, stealing military blueprints and hacking into computers.

The secret assessment of security vulnerabilities, written in October 2009 by South African intelligence, concluded information security was at “serious risk” and would remain so in the “long-term”.

Al-Jazeera reported that another spy cable revealed that South Africa had “experienced the theft of Rooivalk Helicopter Blueprints by a known foreign intelligence service”.

The document also said that in the plan to expand South Africa’s nuclear energy capacity France and America had been “working frantically” to influence the bidding process.

South African spies have “not been able to neutralise their activities” because of the “sophistication of their covert operations and lack of counter-espionage capacity” it said. – Sapa, Staff reporter