Choreographer turns ballet on its head 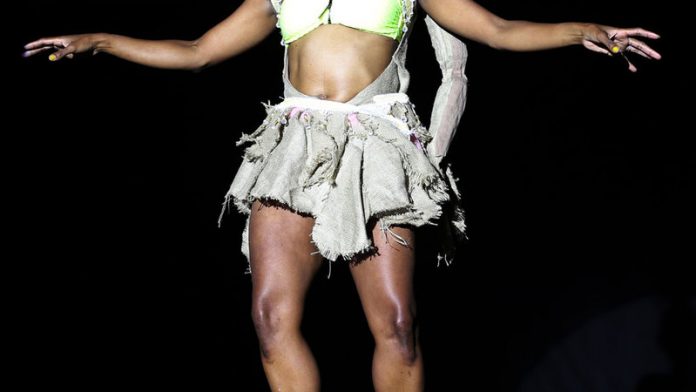 Dancer and choreographer Mamela Nyamza says she was always aware of being “other” through her classical ballet roots. “My body never allowed me to be cast as principal dancer in any of the pieces I performed.”

Tall, exquisitely proportioned and award-winningly skilled in the notoriously punishing, precision-based dance genre, she’s got something the whole tradition of ballet just could not stomach: she’s black.

But she never allowed herself to shy away from the medium. From debuting as an eight-year-old dancer in a church, which led her to learn ballet at Zama Dance School in Gugulethu (a school she later led as vice-principal), Nyamza knew she needed a qualification to develop.

“The formal training” – at Pretoria Technikon where she attained a national diploma in ballet – “enabled me to embark on my own exploration. It’s always been my intention to dance away ballet’s traditional limits.”

She found courage to break those conventions when she won a scholarship with New York’s Alvin Ailey American Dance Theatre in 1998, before she took up a commitment with the then South African Ballet Theatre at Pretoria’s State Theatre.

“My comment that I want to turn classical ballet upside down”, which she made in an interview some years ago, “still stands. It is reflected in my works Hatched, The Meal, Wena Mamela” – and another work she is developing with Nelisiwe Xaba.

Wena Mamela – a play on both her name and an instruction in Sesotho to listen – is at this year’s Dance Umbrella.

She developed it last year during a residency in Germany, where she worked with Theater im Pfalzbau, Steptext Dance Project and Dorky Park in Berlin as well as with the Berlin-based South African choreographer Robyn Orlin and Germaine Acogny from Senegal.

“The origin of this piece was triggered by my sense of guilt: as an artist and a single parent, I am often away from my teenage son,” Nyamza says.

“The work is also about my belief that this country’s electorate is being treated like puppets, and it has as a narrative backbone, my personal ballet journey from Gugulethu, where I grew up, to where I am today as an independent artist.

“I depend on international invitations to festivals to feed and educate my son,” she adds, swopping the adjective “independent” for “unemployed”.

“It’s about finding your path yourself and trying to make it. If you don’t take care of yourself, no one will.”

Nyamza first rose to critical attention in a work called Kutheni, in a mixed Dance Umbrella bill in 2008. Two years earlier, she made the decision to start choreographing independently, and three years later she bagged the Standard Bank Young Artist Award for Dance.

In Kutheni she was arguably one of the first creative practitioners in a contemporary local dance framework to confront something as contentious as the “corrective rape” of lesbians in South Africa’s townships.

The work was confrontational. To the audience it was as though two members of their kin had walked on stage carelessly and were raped.

“Honestly,” she replies to a question about fear, “the most frightening thing for me is a lack of audience.” She believes that insufficient white faces come to a so-called black event, and vice versa.

What gives dance a race? The performer? The work’s nature? Many things. Nyamza is relentless in turning dance inside out and drawing from within her own sensibilities to do so.

Calling herself “stubborn” and “strong”, Nyamza adds: “I am doing what I do today because I was never spoon-fed by anyone. I am still pushing myself.”

Wena Mamela is at the Dance Factory, Newtown, on March 5 and 6 at 7pm. Visit danceforumsouthafrica.co.za