Blk Brothers get it together 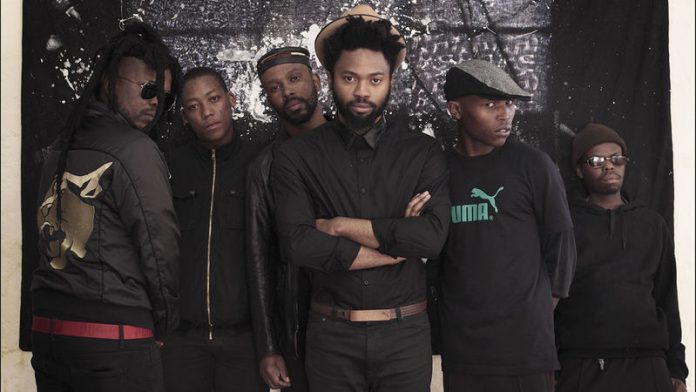 The first time I saw the Blk Jks on stage was at the Assembly, a live music venue in Cape Town. This was circa 2009, right about the time of the swirling build-up around the band’s debut LP After Robots and shortly after they’d been featured on the cover of New York’s Fader magazine and signed with the indie record label Secretly Canadian.

The Jo’burg foursome, made up then of rhythm guitarist Mpumi Mcata, drummer Tshepang Ramoba, bassist Molefi Makananise and lead guitarist Lindani Buthelezi, had been gigging for a few years but that summer they were on everyone’s lips.

“Those black dudes that play that weird music,” as Eddie Houghton wrote in Fader, or a slight variation of that sentence, seemed to be the catch-all phrase that accompanied the genre-defying quartet, descriptions that had more to do with race than the aesthetics of their music.

To have seen them then was to have understood Sun Ra’s cosmic musings: “There are other worlds (they have not told you of).” Siyabonga Mthembu, lead vocalist of the performance art collective the Brother Moves On, says: “It was magic, you know. There’s that part of you that knows that there are ­amazing and truly special things happening out there and then you get to see them and it affirms this belief you have that the world is made of magic. That’s how I felt when I first saw the Blk Jks.”

In recent years and for a number of reasons – side projects took off and frontman Buthelezi left the band – the Blk Jks’s wave seems to have crested but a host of “brown bands” have emerged in the wake of their success. This is perhaps one of the least heralded contributions of the Blk Jks to South African popular culture – shifting the emphasis of the conversation from “freedom from” to “freedom to”. They sparked something of a revolution.

But that hasn’t stopped the Blk Jks from pushing boundaries and searching for new musical frontiers. For their next project they’ve linked up with like-minded musical mavericks the Brother Moves On to present “Blk Brother”. The idea was brokered when the two bands were billed for the same gig in Paris.

“We were hanging backstage and joking around about being foreigners in a strange land and how difficult it is for a line-up like this to happen. So we decided to promote and build this idea ourselves rather than wait for a promoter to come and step in,” says Mthembu. “It’s a no-brainier,” Mcata says about the collaborative project, adding that they worked on something similar in the past with Malian guitarist and singer Vieux Farka Touré and his band.

The first instalment of the Blk Brother not only features new compositions, the band will also be joined on stage by a number of musical compadres including Thandiswa Mazwai, Nonku Phiri, Moonchild Sanelly and João Orecchia from Motel Mari.

“For us it was vital,” Mthembu says in response to a question about why they decided to come together. “People love creating the idea that the Brother and the [Blk] Jks are competing for a space when in actual fact we reverberate from the same core. A core that is about music from this soil, celebrating its identity in the global space.” This then is what the revolution is about.