That Art Fair: The new kid on the block 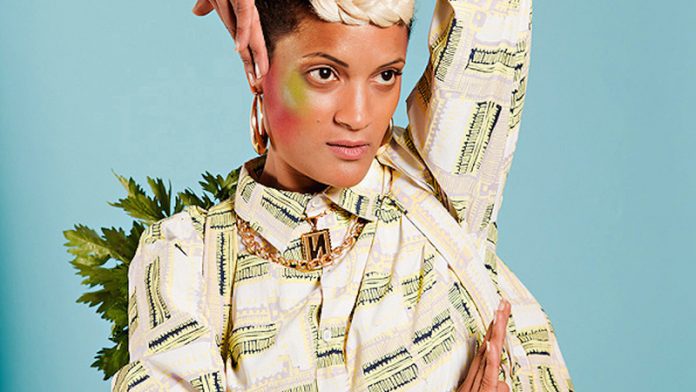 The co-founders of the now defunct Bell-Roberts Gallery in Woodstock, husband-and-wife team Suzette and Brendon Bell-Roberts, started the quarterly arts publication Art South Africa as a response to the lack of conversation around and about the art industry in the country. The respected title, recognised as the longest-running independent art publication in the country, recently launched That Art Fair, which is currently underway in Salt River, Cape Town.

Billed as an initiative that is committed to transformation in the contemporary African art world, the idea is to nurture and invest in emerging talent.

Comic Art Africa, Art South Africa and Snapp magazines have combined efforts, experience and expertise to host and curate certain components of That Art Fair. They set out to create an environment that caters to a specific audience and had certain participants in mind from the outset. “But then the Cape Town Art Fair came along and we put it on hold,” Bell-Roberts says.

“As we watched the Jo’burg and Cape Town art fairs get entrenched along the established international models, we started to see the gaps and shortcomings in these events when it comes to artists that operate outside the traditional gallery model. You only need to look at the major international fairs to see that there are thriving fringe events and activities that only add to the programme around these established events.

“With this in mind, we were spurred into action when we were attending the 1:54 Contemporary African Art Fair in London with our magazine last October. We decided the time was right to start a fringe event dedicated to growing a fresh generation of collectors and new audiences in Africa.”

Colour-coded for convenience, a blueprint resting on the coffee table in front of Bell-Roberts maps the designated spaces that have been sectioned off at the fair. Guinean-Swiss photographer Namsa Leuba’s work welcomes visitors as they walk into the space. She was the featured cover artist chosen to grace Art South Africa’s cover in September after it was rebranded.

The fair space has been divided into sections for photography, design, paintings and fashion. There are galleries presenting their artists and a soapbox speakers’ platform-cum-interactive art space, as well as scheduled performances rather than conventional talks. An area has been set aside for comic artists and another for the launch programme for Future Masters that spotlights both established and fringe artists.

That’s all before you head to the second floor of the car park, up the ramp, where a large video projection of Jo’burg-based artist Stephen Hobbs’s work will be shown.

Bell-Roberts says: “The central part of the fair is Future Masters. Primarily it’s for mid-career artists whose trajectory looks pretty much on the up. There’s also the auction market: artists whose work has started to appear in auctions are the ones who’ll likely turn into a good investment if you back them now. They’re generally aged between 35 and 45. We’ve got a funky, eclectic mix in line with our audience.”

The Future Masters component is also meant to shift the dull discourse in which auction houses are usually placed and represent them as something a little more hip. It’s the fair’s value-add in trying to “get young audiences to become collectors, and to build and equip them as well as first-generation collectors”.

To this end, the curators have produced the guide 10 Tips for Collecting THAT Art. The heavily researched publication aims to shed light on the inner workings of the industry for both current and up-and-coming collectors.

Bell-Roberts says they were 200% oversubscribed three weeks after opening applications for artists who wanted to claim a space at the fair. “The demand is absolutely there. It’s the short amount of time we have to process the admin in getting these guys to partake that’s the biggest and hardest undertaking. We’ve got a really good reach when it comes to our media partners. In 10 days the media offering was solid. There’s still a massive delivery to make before we open our doors, though.”

Sponsorship and funding is also a real issue in carrying the project. He says the fair’s commitment is to its artists: to ensure that they get foot traffic through the doors to gain exposure and sell their work. So the organisers’ focus has been on getting as many people as possible to attend by offering tickets en masse to large corporates. They’re achieving this goal by making a loss, with the hope that when the fair comes around next year they’ll have garnered enough buy-in from sponsors and patrons alike.

That Art Fair runs from February 27 to March 1 at 121 Cecil Road in Salt River, Cape Town. Tickets cost R50 a day and R100 for a weekend pass. Tickets for That Art Party range from R70 to R100. Visit thatartfair.com for more information

Return of the African superhero