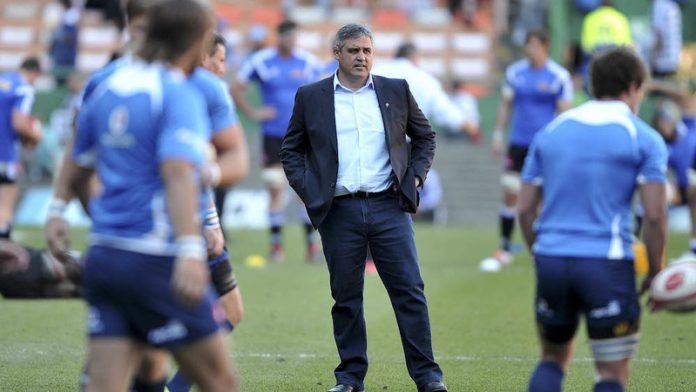 Bulls coach Frans Ludeke lauded his side for their second victory in this year’s Super Rugby competition, beating the Cheetahs convincingly by 39-20 at Free State Stadium on Saturday afternoon.

The Bulls came under fire after losing in round one of the competition, but good victories over the Sharks last weekend and now the Cheetahs, sees them in second place in the South African conference and fifth on the overall log.

Against the Cheetahs, the Bulls could not manage a bonus point for four or more tries, but Ludeke was more than content with the victory and singled out the role his Springbok flyhalf Handre Pollard played in the team’s success. “Handre has done really well and he is definitely one of our key players,” Ludeke said afterwards.

“He kicks really well at goal and has such good decision making capabilities that gets us on the front foot. He is also very good at creating space around him “That makes it easier for the players around him to do their thing.” Pollard scored 29 points on the day.

Ludeke was also happy with the way his charges performed as a unit. “We knew it was going to be difficult against the Cheetahs. We played well in the first half and put them under pressure. “We let them back a little in the second half, but we kept our cool and closed out the game.”

Cheetahs coach Naka Drotske, on the other hand, was not happy with his side’s performance, particularly after his team managed two consecutive victories over the last couple of weeks. He admitted Pollard played a big role in their demise.

“We didn’t play well in the first half and the Bulls managed to put us under immense pressure,” Drotske said. “To be that far behind at half-time wasn’t nearly what we wanted and that made it difficult in the second half. “Combine that with the type of game that Handre Pollard had and it was nearly impossible to come back.”

Despite the loss, the Cheetahs still find themselves in third place in the South African conference and in eighth place on the overall log. “We need to be better and this coming week we will definitely work on that,” Drotske concluded. – Sapa

The days roll into one another as I work the phone to feed the news machine. I’d like to be fed too . . . but my butcher betrayed me
Read more
Advertising
Continue to the category
Africa