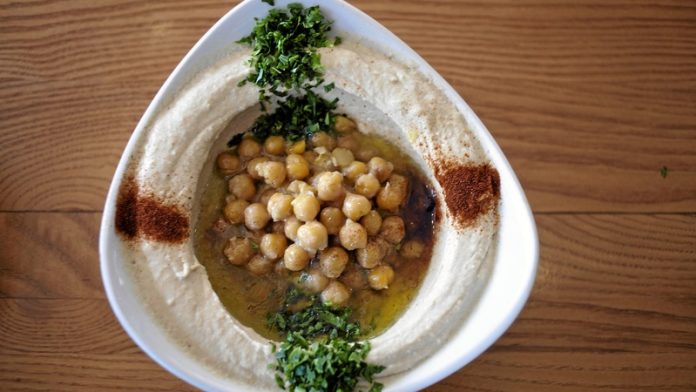 Every culture has its staples: rice and dhal in India, hummus all over the Middle East, and spaghetti and tomato sauce in Italy. In South Africa, pap is made differently depending where you come from: in the Eastern Cape it is called phuthu, and is drier than the lumpy pap made in Gauteng.

These are recipes that you make again and again. The philosopher Julian Baggini calls them “simple but infinitely variable”.

“Their defining feature is that, to make a great one, you do not need more information or knowledge but some kind of knack,” he writes in his book The Virtues of the Table.

He says the reason many people can’t cook well is not because they don’t have recipes, but that they have too many. He calls for a revival of the art of day-to-day cookery, and notices that many home cooks have become too dependent on recipes, or chase after the latest recipe from a celebrity chef.

Speaking about dhal, he says: “Do not offend an Indian by making the grave mistake of saying that the lentil is a plain, boring food. You may well be treated to a hymn to the wonders of dhal, the innumerable ways in which people cook it differently.” He adds that you will probably be told that no one makes it well as your interlocutor’s mother.

This column looks at these staples that mothers all over the world claim to have the best recipes for.

This week, we look at that most contested of foods, hummus. According to chef and cookbook writer Yotam Ottolenghi, even if the question of its origins are set aside, there is always the argument about which hummusia prepares it best. Spicy or plain? Smooth or chunky? Warm or ambient? The debates will never cease.

The best hummus in town
The nutty brown paste that binds Middle Eastern food together and serves as a canvas for the sharp, vinegary vegetables and warm meat or falafel, can be a little tricky to get right, and even experts sometimes throw away a batch. The recipe is simple: dried chickpeas, soaked, boiled and then blended with tahini, lemon juice, garlic and salt. You can add other things: roasted, ground cumin, or whole chickpeas.

One of the best places to eat hummus in Johannesburg is at the Schwarma Company in Grant Avenue, Norwood. Co-owner Marwan Shiabne promised, at least on the telephone, that he would show me how he makes his hummus. He tells me they make about 50kg a day for the restaurant, and took me down to the basement to show me the 50kg sacks of dried chickpeas stacked against the wall, which they import from Jordan. One of the bags is open and he invites me to reach in and take a handful.

These are small ones, about 6mm across, which Marwan swears are tastier than the larger variety. I presume these to be the desi chickpea, which are smaller and have a higher fibre content than the larger kabuli variety. The chickpeas are soaked overnight and then cooked. They are stored in plastic bins and ground in an industrial blender – a conical steel machine that is waist-high and looks like an upside-down witch’s hat.

What about removing the skins after cooking? Marwan says that if you boil them properly the skins detach from the peas and float to the surface, from which they can be scooped up and discarded. He then scolds me for “giving away the recipe”, and appears to evade my questions about quantity and method, only repeating back to me the ingredients: chickpeas, salt, garlic.

Schwarma Company’s hummus has a very smooth texture, with just the right amount of viscosity. It is rich with tahini and slightly salty and nutty. Marwan speaks disparagingly of those who make their hummus “from tins” and says, although the chickpeas in tins may be nice and plump, they were full of preservatives and “taste like shit”. He is equally scathing of those who buy theirs in supermarkets.

Eating hummus
The best thing you can do with hummus is eat it in a pita with a rich tomato sauce, some kind of pickle, with strips of roasted lamb. The lamb, a deboned leg, will have been smeared with, among other things, ground pepper, salt, garlic, sumac, coriander seeds, nutmeg, cinnamon, cloves and fennel, then braaied. It is thinly sliced, and with the hummus and tomato sauce, is quite extraordinary.

Another good place to eat hummus is at King Arabic Sandwich on the corner of Hanover Street and Ninth Avenue in Mayfair, Johannesburg.

Husband and wife Mohammad Sultan and Hanan Ahmed opened nine months ago after fleeing the al-Shati refugee camp in Gaza. Mohammad is front of house and in charge of making the falafel and hummus. His is also very smooth. He says he prefers to use the larger variety of chickpea and is equally cagey about his recipe. He does, however, show me a big bag of greyish powder, which comes from a company called Kabatilo, and which he uses in his hummus. He declined to give me a taste.

Anat Apter, the founder and director of the eponymous chain of schwarma shops, says they make about 100kg of hummus a day for their 23 branches. Their hummus is quite tasty and I like to pile it on when I get a felafel in pita from them. They soak the chickpeas for 12 hours, cook them and then mix it with tahini, lemon and garlic.

Trial and error
Apter told me she taught herself to make hummus through trial and error and had recently made a batch at her mother’s house in Israel. She said everyone from her large family had complimented her “and remember – these are people who eat hummus almost every day”.

When I make it, using my mother’s ancient Magimix, sometimes it come out fluffy and at other times dense and chunky. I most often entrust the task to my teenage daughter, who admits to sometimes adding a little sesame oil to the mix, and consistently manages to make far better hummus than my efforts. She told me to thin the tahini with some lemon juice and a little water, and then add (her innovation) half a teaspoon of red wine vinegar. The mixture needs to be pourable.

Roast cumin and peel some garlic and then drain and cool the cooked chickpeas. Incidentally, it also helps if you cook the chickpeas with a teaspoon of bicarbonate of soda, which helps to soften them. Now blend the chickpeas and, with the machine still running, add the tahini paste, cumin, garlic, more lemon juice and some salt. Carry on blending and drip in a little iced water until it is smooth.

Not everyone will agree with this recipe, but if in doubt, ask your mother.